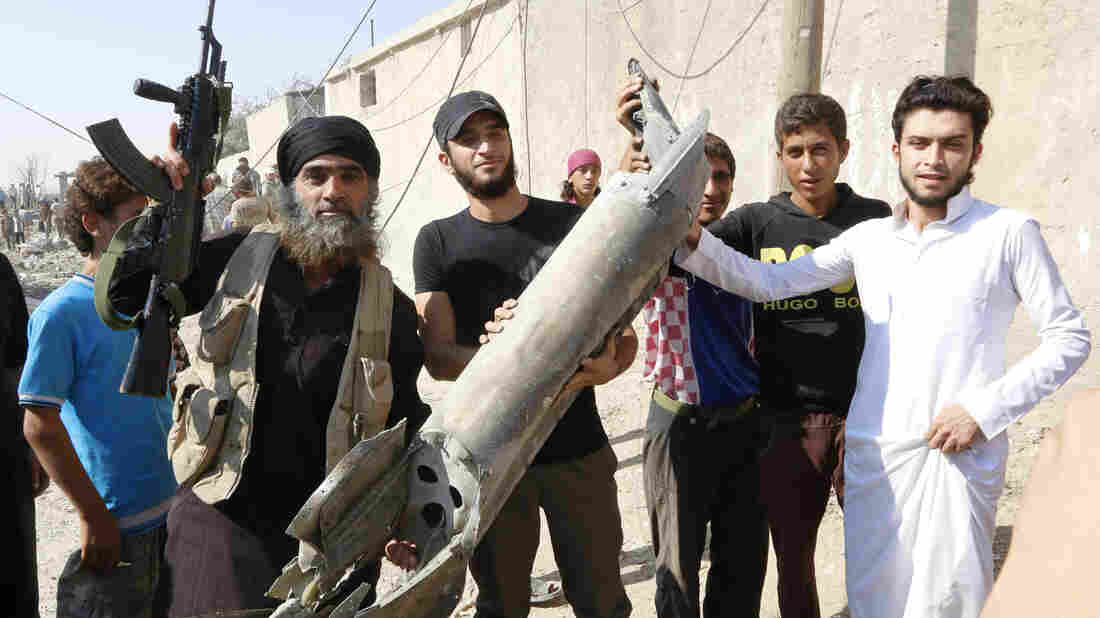 An Islamic State militant, left, stands next to Raqqah residents Sept. 16 as they hold pieces of wreckage from a Syrian war plane after it crashed in the northeast Syrian town. Reuters /Landov hide caption 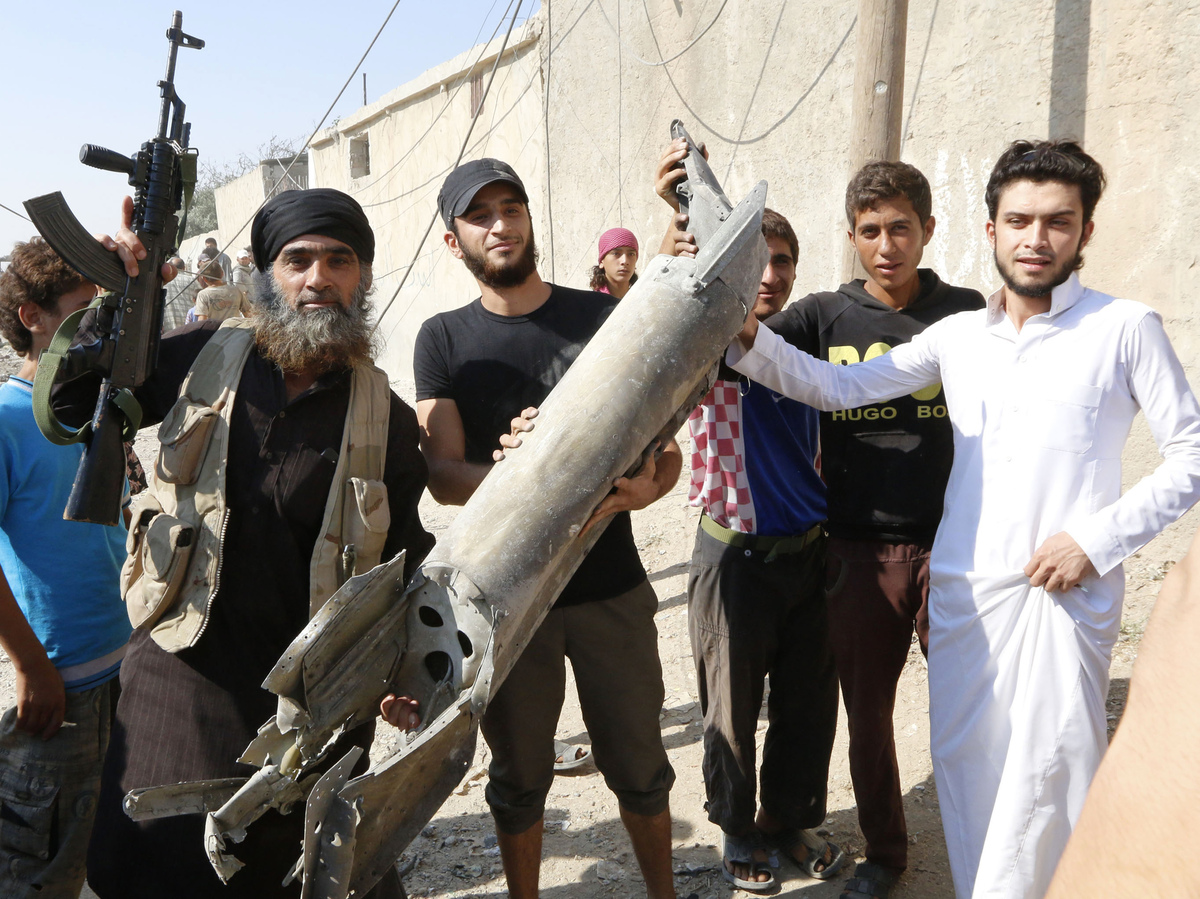 An Islamic State militant, left, stands next to Raqqah residents Sept. 16 as they hold pieces of wreckage from a Syrian war plane after it crashed in the northeast Syrian town.

The United States and its allies expanded their assault against the Islamic State on Monday, striking targets inside Syria for the first time, the Pentagon said.

Kirby said that because these strikes are ongoing, he could not go into details about where in Syria the allies were attacking. But a Pentagon official tells NPR's Tom Bowman that the strikes occurred near Raqqah, an Islamic State stronghold.

In his statement, Kirby did not name which U.S. allies took part in the strikes, but the New York Times, citing American officials, said they were Bahrain, Jordan, Qatar, Saudi Arabia and the United Arab Emirates.

"The decision to conduct theses strikes was made earlier today by the U.S. Central Command commander under authorization granted him by the commander in chief," Kirby said.

The expansion of the U.S. offensive against the Sunni militant group was expected. During a prime-time speech, President Obama said the U.S. would "take out" the Islamic State "wherever they exist." Still, Syria has been a contentious issue for the administration, because it has taken a cautious approach toward intervening in the country's civil war.

One of the worries has been that U.S. strikes on the Islamic State inside Syria could help the regime of embattled Syrian President Bashar Assad.

If you remember, the Islamic State came to international prominence over the summer, when it began a brazen and lightning-fast attack on Iraq. Since then, the militant group has overtaken several Iraqi cities and has taken responsibility for the beheading of two American journalists.

As the Islamic State, which is also known as ISIS and ISIL, moved farther into Iraq, the United States began an air campaign against the group.

Obama told the American public that this will be a protracted effort to destroy the group.