Accessibility links
Obama: Coalition Against ISIS Shows 'This Is Not America's Fight Alone' : The Two-Way The president praised the five Arab nations that joined in airstrikes against extremists in Syria and said it should be clear that there are "no safe havens" for those who threaten America.

Obama: Coalition Against ISIS Shows 'This Is Not America's Fight Alone'

Obama: Coalition Against ISIS Shows 'This Is Not America's Fight Alone' 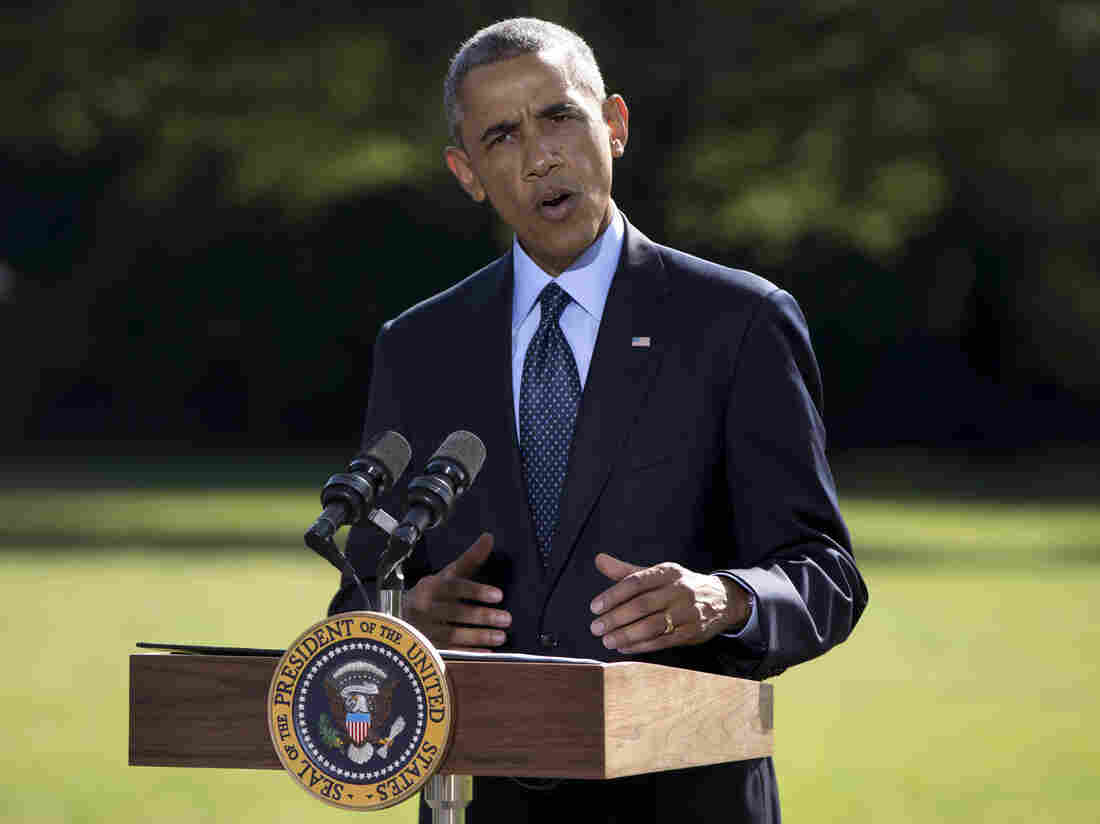 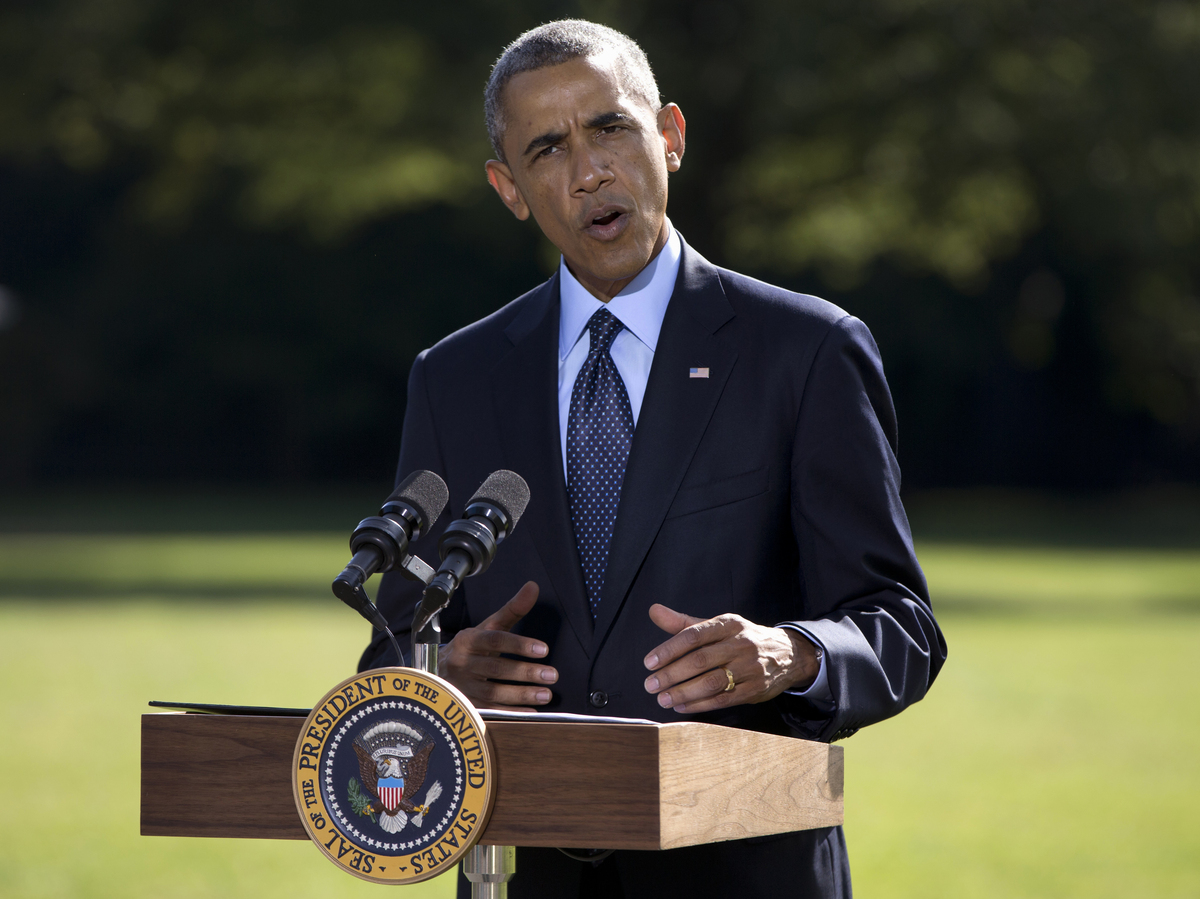 President Obama speaks Tuesday about the participation of five Arab nations in airstrikes against militants in Syria.

President Obama said a multinational coalition that carried out airstrikes in Syria shows that the fight against Islamic extremists is "not America's fight alone."

Speaking briefly just before his departure for the United Nations in New York, the president said he is "proud to stand shoulder to shoulder" with Arab allies Bahrain, Qatar, Saudi Arabia, Jordan and United Arab Emirates. The broader coalition against the self-proclaimed Islamic State consists of some 40 allies, he said.

"The strength of this coalition makes it clear to the world that this is not America's fight alone," Obama said from the White House lawn.

In an apparent reference to airstrikes against the shadowy Khorasan group of militants that U.S. officials say was actively plotting attacks on U.S. and Western interests, Obama said: "Once again, it must be clear to anyone who would plot against America and try to do Americans harm that we will not tolerate safe havens for terrorists who threaten our people."

The next step, according to the president, is to "ramp up our effort to train and equip the Syrian opposition, who are the best counterweight to ISIL and the Assad regime.

"We're going to do what's necessary to take the fight to this terrorist group," he said, concluding his remarks with this: "God bless our troops. God bless America."

Later, the White House released a letter from Obama to Speaker of the House John Boehner and Sen. Patrick Leahy, the president pro tempore of the Senate, under the War Powers Resolution. It reads in part:

"U.S. military forces began a series of strikes in Syria against elements of al-Qa'ida known as the Khorasan Group. These strikes are necessary to defend the United States and our partners and allies against the threat posed by these elements."

In a briefing with reporters aboard Air Force One, Deputy National Security Adviser Ben Rhodes said that Khorasan had "clear ambitions to launch external operations against the United States."

Rhodes said all five Arab partners "flew" and some took part in strikes.