Accessibility links
Obama Calls For More Ambitious Approach To Climate Change In U.N. Speech : The Two-Way "There is such a thing as being too late," President Obama says in his address to the U.N. Climate Summit. The White House is touting tools to boost "global resilience" in the face of climate change.

In a speech at the U.N. Climate Summit, President Obama called for a more ambitious global approach to environmental issues, and noted a new push to boost what the White House calls "global resilience" in the face of climate change.

We embedded video of the president's speech here and posted updates below.

Closing his remarks, Obama repeatedly uses the words "ambitious" and "ambition," calling for the world's largest economies to move past fears that new climate rules could hamper business.

"We have to raise our collective ambition," the president says of the need to meet a global challenge. He later adds that the world's children deserve that kind of ambition.

Quoting Martin Luther King Jr., Obama says, "There is such a thing as being too late."

After listing achievements toward minimizing climate impact by the U.S., Obama says, "But we have to do more."

He then touches on some of the initiatives and plans that were included in a lengthy White House message that went out just before noon today.

The president acknowledges that America bears some responsibility for climate change, saying, "We recognize our role in creating this problem; we embrace our responsibility to combat it. We will do our part."

But he also says countries that are struggling to build their own industries can't repeat the mistakes others have made in what he calls the "dirty phase" of development. He also notes partnerships with China and with African nations.

Saying that the effort to fight climate change can only succeed if both developed and developing nations join with the U.S., Obama says, "Nobody gets a pass."

He later adds, "Nobody can sit on the sidelines on this issue."

Saying that no city and no nation are immune from the effects of climate change, President Obama lists areas that have been hit by severe weather and climate conditions. He notes the tidal flooding that often hits parts of Miami, the forest fires that now ravage the Western U.S. for much of the year, and the flooding that hit New York City itself along with Hurricane Sandy.

"So the climate is changing faster than our efforts to address it," he says.

As NPR's Christopher Joyce reported for All Things Considered on Monday, climate activists are looking for solutions from business as much as they are from politicians.

Noting recent problems in adopting sweeping new agreements on a global approach, Chris said that this climate summit "is different: binding agreements are not on the table. Instead, it's a pep rally to get world leaders to volunteer something to limit warming."

The goal of the meeting, he reported, was to boost the chance that at next year's big climate meeting in Paris, progress toward a new treaty can be made.

The White House says that to help local officials deal with the impact of catastrophic events such as droughts, floods, coastal storm surges, and public health problems, the U.S. will release data gathered by NASA, the U.S. Geological Survey and other agencies.

"These datasets are being made available via a user-friendly interface on USGS's Earth Explorer website," the White House says.

The president will also note a series of agreements the U.S. has entered into as part of the Global Alliance for Climate-Smart Agriculture, as initiatives being undertaken by governments and businesses in areas ranging from methane gas mitigation to palm oil and from hydrofluorocarbons to forest preservation. 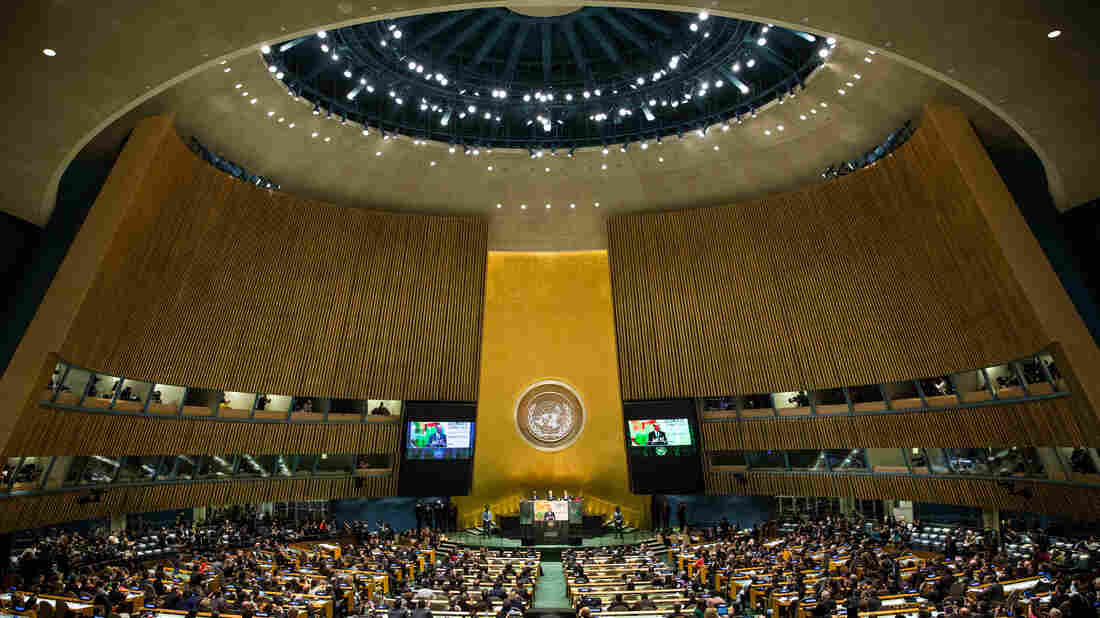 President Obama speaks at the U.N. Climate Summit on Tuesday. Discussing America's past, Obama told the group, "We recognize our role in creating this problem." Andrew Burton/Getty Images hide caption 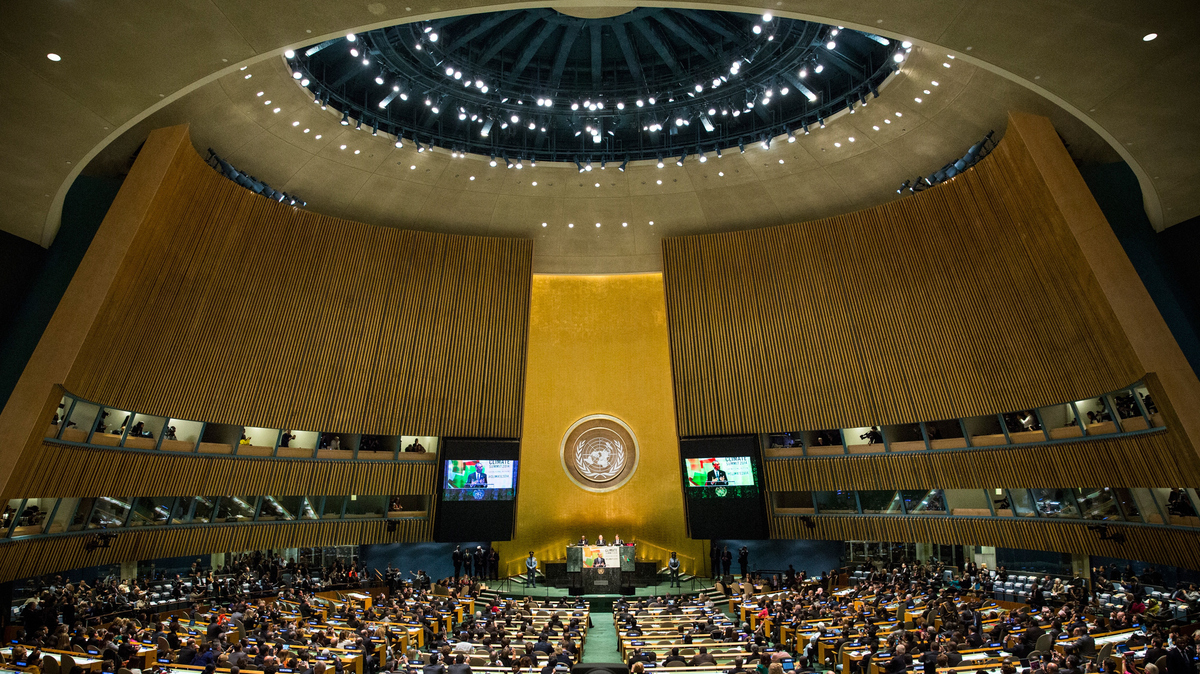 President Obama speaks at the U.N. Climate Summit on Tuesday. Discussing America's past, Obama told the group, "We recognize our role in creating this problem."