Accessibility links
Al-Qaida's Khorasan Group Led By Hard-Core Fighters : The Two-Way The group, which was targeted by U.S. airstrikes in Syria last night, has been on the U.S. radar for a while. Intelligence officials say they have tracked its individual members for years.

While the al-Qaida offshoot known as the Khorasan Group only burst into the public consciousness in the past week, the group has been on the radar of counterterrorism officials for a while, and intelligence officials say they have tracked the individual members of the group for years.

Its members are part of al-Qaida's core operation, a roster of individuals who fought together in Afghanistan and Pakistan, and even lived together, in exile, in Iran after the attacks of Sept. 11, 2001. The only thing relatively new about the Khorasan Group is its name, which refers to "Greater Persia." That name change came about shortly before these battle-hardened operatives decamped to Syria.

Sent To Syria By Al-Qaida Leader 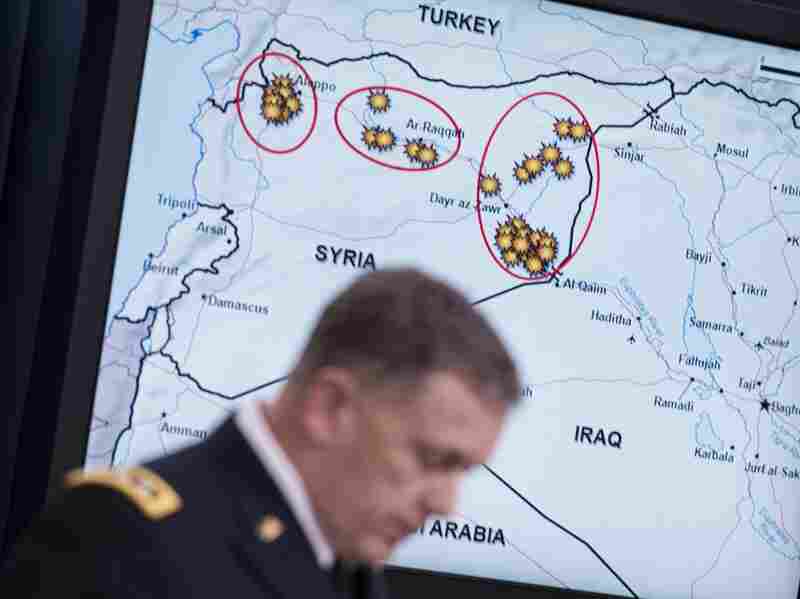 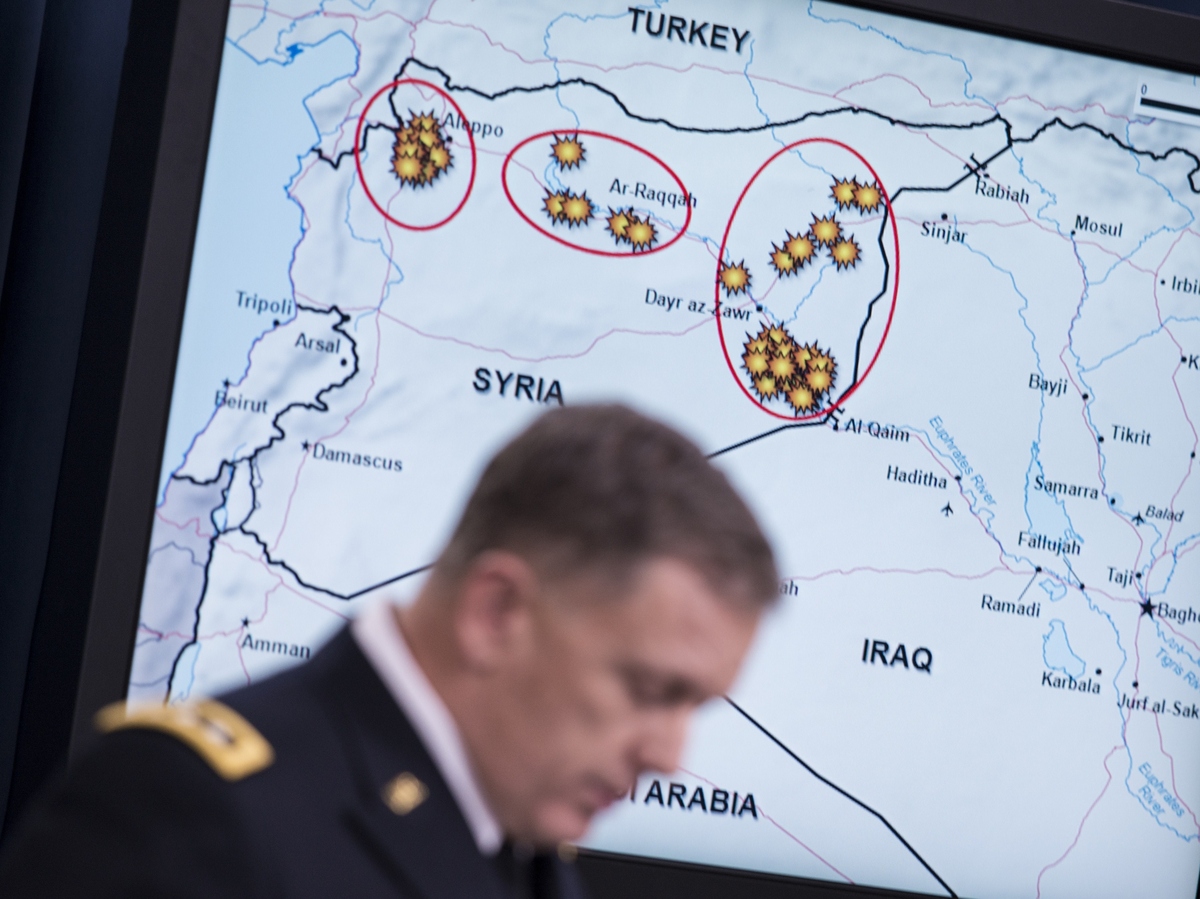 Lt. Gen. William C. Mayville Jr., Joint Staff Director of Operations, speaks about airstrikes in Syria during a briefing at the Pentagon yesterday.

Counterterrorism officials say al-Qaida leader Ayman al-Zawahiri specifically dispatched the group to Syria about two years ago for two reasons: to take advantage of the chaos in Syria to recruit Westerners, and to set up a shop that would be able to concentrate on external operations and allow al-Qaida to launch operations against the West more easily. Zawahiri also sent the longtime fighters to Syria on a diplomatic mission of sorts. He hoped they would be able to bridge the growing differences between two al-Qaida groups in Syria and Iraq: the al-Nusra Front and the group that calls itself the Islamic State.

Zawahiri had ordered Islamic State leader Abu Bakr al-Baghdadi to move out of Syria and concentrate on operations in Iraq. He was concerned about a duplication of effort and told Baghdadi, quite publicly, that he wanted the Nusra Front to be in charge of al-Qaida's operations in Syria. Last fall, Zawahiri asked key members of the Khorasan Group to help the two groups work out their differences, intelligence officials tell NPR. That didn't work. By December, Baghdadi had formally and publicly broken with al-Qaida and began laying the groundwork to declare himself the leader of a new caliphate.

A Threat To Europe Or U.S.

U.S. officials say President Obama ordered last night's strikes against the group after receiving intelligence that its members were nearing the "execution phase" for an attack in Europe or possibly the continental United States. The Khorasan Group, senior administration officials say, were part of the reason why a terrorism alert was raised several months ago.

Officials were concerned the group had managed to put hard-to-detect bombs in regular electronics, like cellphones and computers. This is why there was an alert that warned that computers and cellphones that were not charged and working would not be allowed on airplanes. Intelligence officials tell NPR it is unclear whether the group learned these bomb-making skills from al-Qaida in the Arabian Peninsula -- al-Qaida's arm in Yemen — and whether Khorasan members went to Yemen to train or members of AQAP's bomb-making team came to them.

Officials tell NPR they do not believe the Khorasan Group is particularly skilled — for example, its members are not expert bomb-makers. What sets this group apart, they say, is its ideology. The group has been a cohesive unit in al-Qaida central for decades.