Accessibility links
Success! India's First Mars Probe Is In Orbit And Working : The Two-Way Scientists cheered and the prime minister congratulated his country on navigating "a route known to very few" to reach the Red Planet — something few other nations have accomplished. 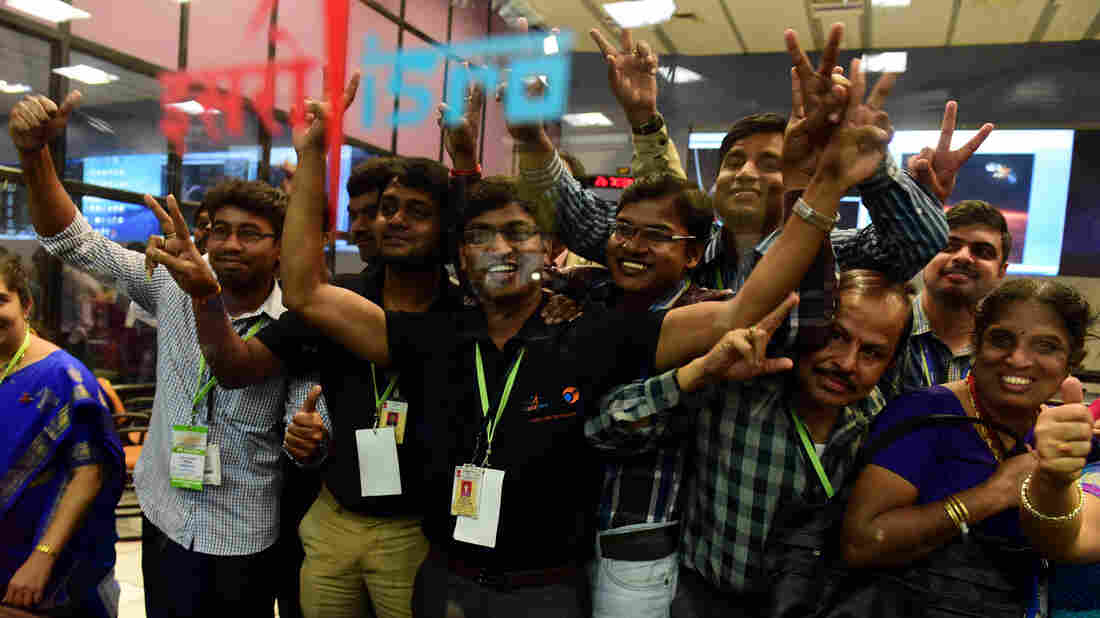 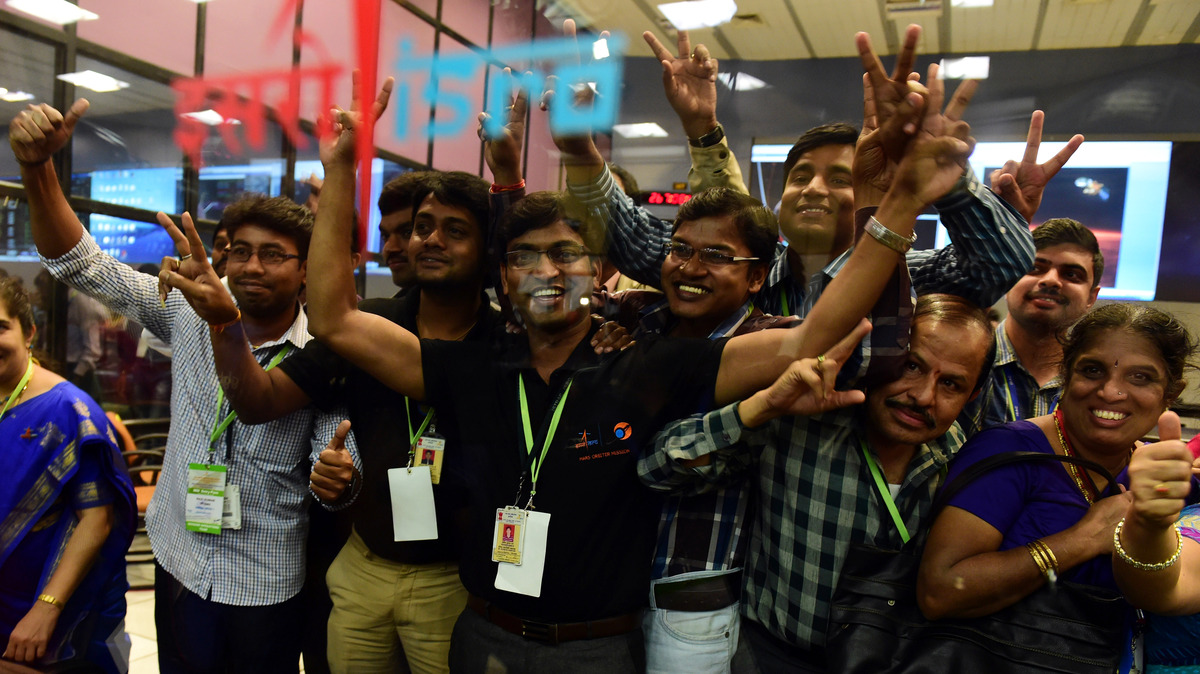 Scientists and officials of Indian Space Research Organization pose for photos as they celebrate the success of Mars Orbiter Mission (MoM) on Wednesday.

India has managed to do what few other nations have accomplished: putting a satellite into orbit around another planet — and it did so a lot cheaper than the competition.

The $70 million Mangalyaan, or "Mars craft" in Hindi, began circling Mars after a 24-minute engine burn to slow it down enough to be captured by the Red Planet's gravity.

Scientists at mission control in Bangalore cheered the success, and Indian Prime Minister Narendra Modi declared that his nation had "gone beyond the boundaries of human enterprise and innovation.

"We have navigated our craft through a route known to very few," Modi said, congratulating the scientists.

NPR's Julie McCarthy says: "It was a cliff-hanger as the shadow of Mars fell across the spacecraft during the maneuver, blocking all communication."

The achievement is more than notable: Fewer than half of all missions ever sent to Mars have succeeded — only the U.S., Russia and the European Union have managed some success mixed with failure. And India beat space rival China, whose 2011 mission got stuck in Earth's orbit. Even so, Chinese Foreign Ministry spokesman Hua Chunying congratulated India for its "landmark" achievement in space.

"An enormous 100-foot-wide satellite dish at India's Deep Space Network has received and transmitted messages to the orbiter as it has hurtled along a 400-million-mile arc to Mars. NASA put some of its own antennae at India's disposal to track the health of the Mars Orbiter.

"The space probe, the size of a small car, will conduct no exotic experiments. K. Radhakrishnan, chairman of the Indian Space Research Organization, says the mission is more of a test to see if India can take a satellite all the way to Mars and circle the planet."

Back in November, we took a look at how India pulled off the shoestring Mars mission. Compare Mangalyaan with the $670 million spent on NASA's MAVEN, which also reached Mars orbit earlier this week: The smaller price tag is due in part to the Indian probe's relatively simple design and, more importantly, much lower labor costs in India. In short, Indian scientists and engineers make a lot less money than their American counterparts.