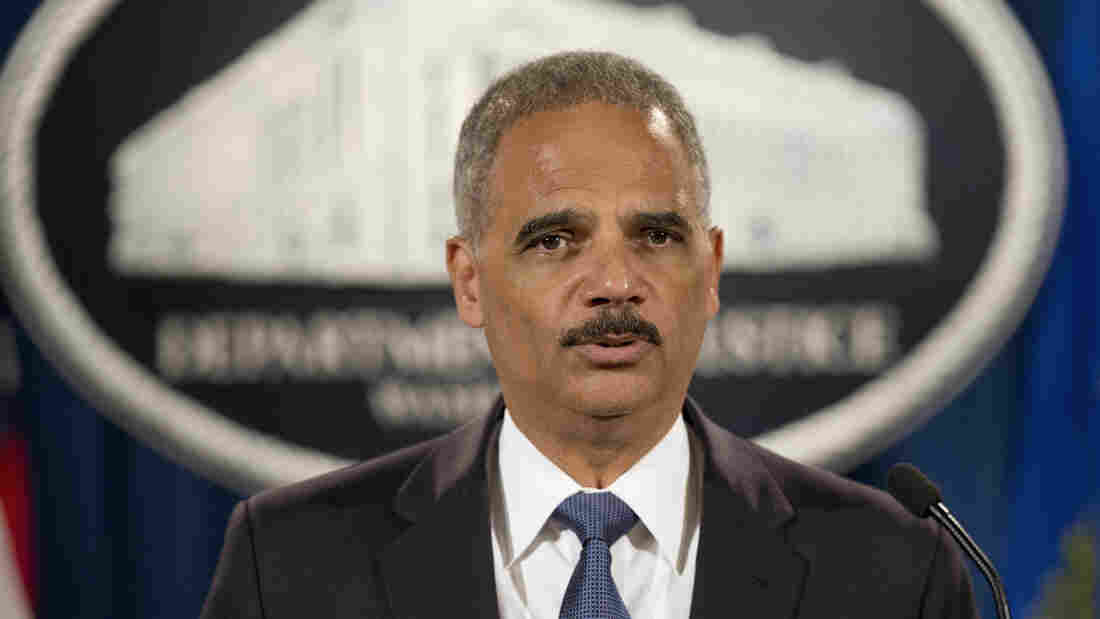 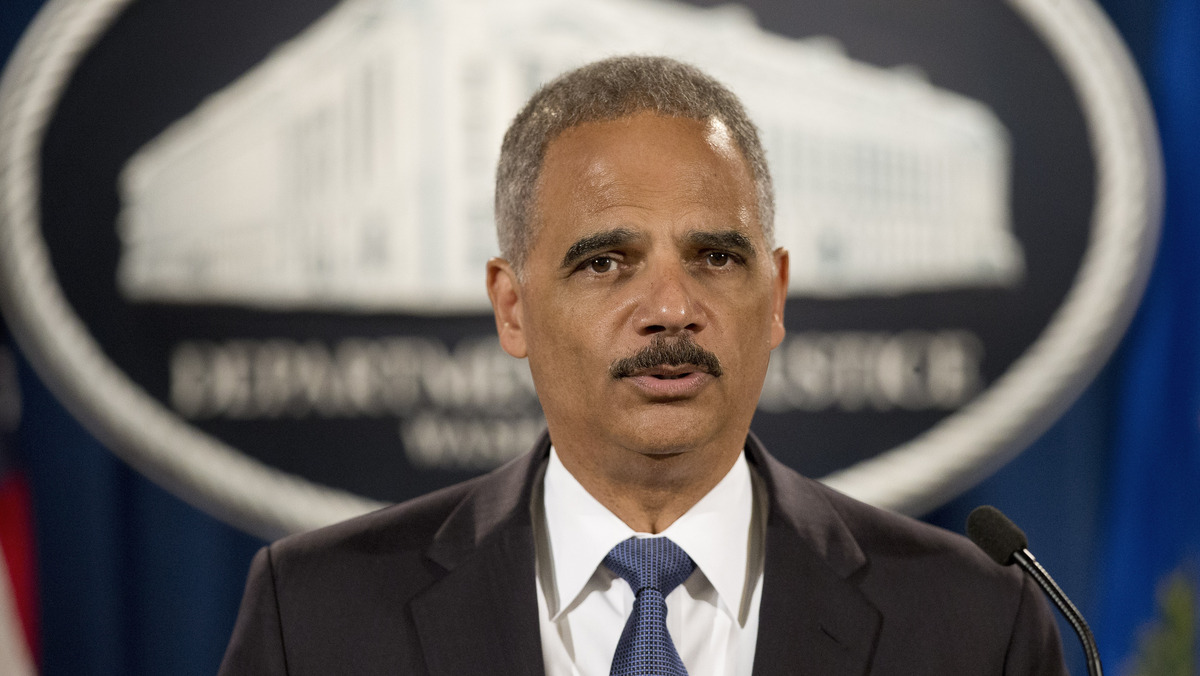 Attorney General Eric Holder speaks during a Sept. 4 news conference at the Justice Department in Washington.

Eric Holder Jr., the nation's first black U.S. attorney general, will resign his post after a tumultuous tenure marked by civil rights advances, national security threats, reforms to the criminal justice system and 5 1/2 years of fights with Republicans in Congress.

President Obama said on Thursday that Holder, 63, intends to leave the Justice Department as soon as his successor is confirmed, a process that could run through 2014 and even into next year. A former U.S. government official says Holder has been increasingly "adamant" about his desire to leave soon. Holder and President Obama discussed his departure several times and finalized things in a long meeting over Labor Day weekend at the White House.

Holder already is one of the longest-serving members of the Obama Cabinet and currently ranks as the fourth-longest tenured AG in history. Hundreds of employees waited in lines, stacked three rows deep, in early February 2009 to witness his return to the Justice Department, where he previously worked as a young corruption prosecutor and as deputy attorney general — the second in command — during the Clinton administration.

But some of that early glow faded in part due to the politicized nature of the job and in part because of Holder's own rhetoric, such as a 2009 Black History Month speech where he said the country was "a nation of cowards" when it comes to discussions about racial tension.

Five years later, violence erupted between police and protesters in Ferguson, Mo., after a white policeman killed an unarmed black 18-year-old. And this time, the White House dispatched Holder to speak his piece, in effect jump-starting that conversation and helping to settle nerves in the frayed community.

Another huge controversy — over his decision to try the Sept. 11 plotters in a New York courthouse in the shadow of the twin towers of the World Trade Center — prompted venomous reaction from lawmakers, New York City officials and some victims' families.

Under pressure that threatened his job and his legacy, the attorney general reversed his decision and instead sent the cases to military court — where they continue to languish even as Osama bin Laden's son-in-law and other terrorism defendants are serving life sentences in maximum-security prisons on American soil.

Holder most wants to be remembered for his record on civil rights: refusing to defend a law that defined marriage as between one man and one woman; suing North Carolina and Texas over voting restrictions that disproportionately affect minorities and the elderly; launching 20 investigations of abuses by local police departments; and using his bully pulpit to lobby Congress to reduce prison sentences for nonviolent drug crimes. Many of those sentences disproportionately hurt minority communities.

And then there's his relationship with Congress. From the day Holder's nomination was announced, Republicans led by Sen. Mitch McConnell, R-Ky., signaled that he would be a political lightning rod.

The attorney general's portfolio, which spans sensitive law enforcement cases and hot-button social issues including marijuana and gay marriage, didn't help. But even longtime aides say Holder didn't do enough to help himself by shrugging off preparations and moot sessions before congressional appearances and speaking off the cuff — and obliquely.

Things hit a crisis point when the GOP-led House voted him in contempt for refusing to hand over documents about a gun trafficking scandal known as Fast and Furious. That represented the first time an attorney general had ever been rebuked that way, but still Holder held on to his job.

In the end, the decision to leave was Holder's alone — two sources told NPR that the White House would have been happy to have him stay a full eight years and to avoid what could be a contentious nomination fight for his successor.

The sources say a leading candidate for the job is Solicitor General Don Verrilli, the administration's top representative to the Supreme Court and a lawyer whose judgment and discretion are prized in both DOJ and the White House.

Friends and former colleagues say Holder has made no decisions about his next professional perch, but they say it would be no surprise if he returned to the law firm Covington & Burling, where he spent years representing corporate clients.

The friends say Holder is also considering donating his papers to a university in Washington, D.C., or his native New York, where he could establish a civil rights center to work more on law enforcement interactions with communities of color and host public forums on those issues.

Even though the attorney general has his eyes on the door, the two sources say several more policy and enforcement initiatives are underway and could be announced soon.

For instance, Holder sent a memo to U.S. attorneys Wednesday urging them not to use sentencing enhancements known as "851" tools to gain leverage in plea negotiations with defendants — in essence, threatening defendants into avoiding trial with huge amounts of prison time. The practice has been criticized by U.S. District Judge John Gleeson in Brooklyn and other jurists.

Holder is also expected to notify federal prosecutors in coming days that the Justice Department will no longer require defendants who plead guilty to waive their rights to appeal based on ineffective lawyering. Many U.S. attorneys now forgo that practice, but not all.

Long-awaited racial profiling guidelines for federal agents will be released soon, too. Those guidelines will make clear that sexual orientation, ethnicity and religion are not legitimate bases for law enforcement suspicion, but controversial mapping of certain communities — including Muslim Americans — would still be allowed for national security investigations, one of the sources said.

In an emotional ceremony at the White House on Thursday, President Obama said that saying goodbye to Holder was "bittersweet."

He described the attorney general as having a "deep, abiding commitment to equal justice under the law," and to taking steps that further guarantee everyone's right to life, liberty and the pursuit of happiness.

In his own speech, Holder fought back tears. He said beyond having a strong working relationship with Obama, "I am proud to call you a friend."

Holder said Obama's administration has "done much to make real the promise of our democracy."

Stepping down now, he said, means the end of his public service. But it doesn't mean he'll stop working.