Accessibility links
At U.N., Iceland Announces Men-Only Conference On Gender Equality : The Two-Way During a speech in front of the General Assembly Gunnar Bragi said the conference would focus on violence against women and would be "unique" because only men and boys are invited. 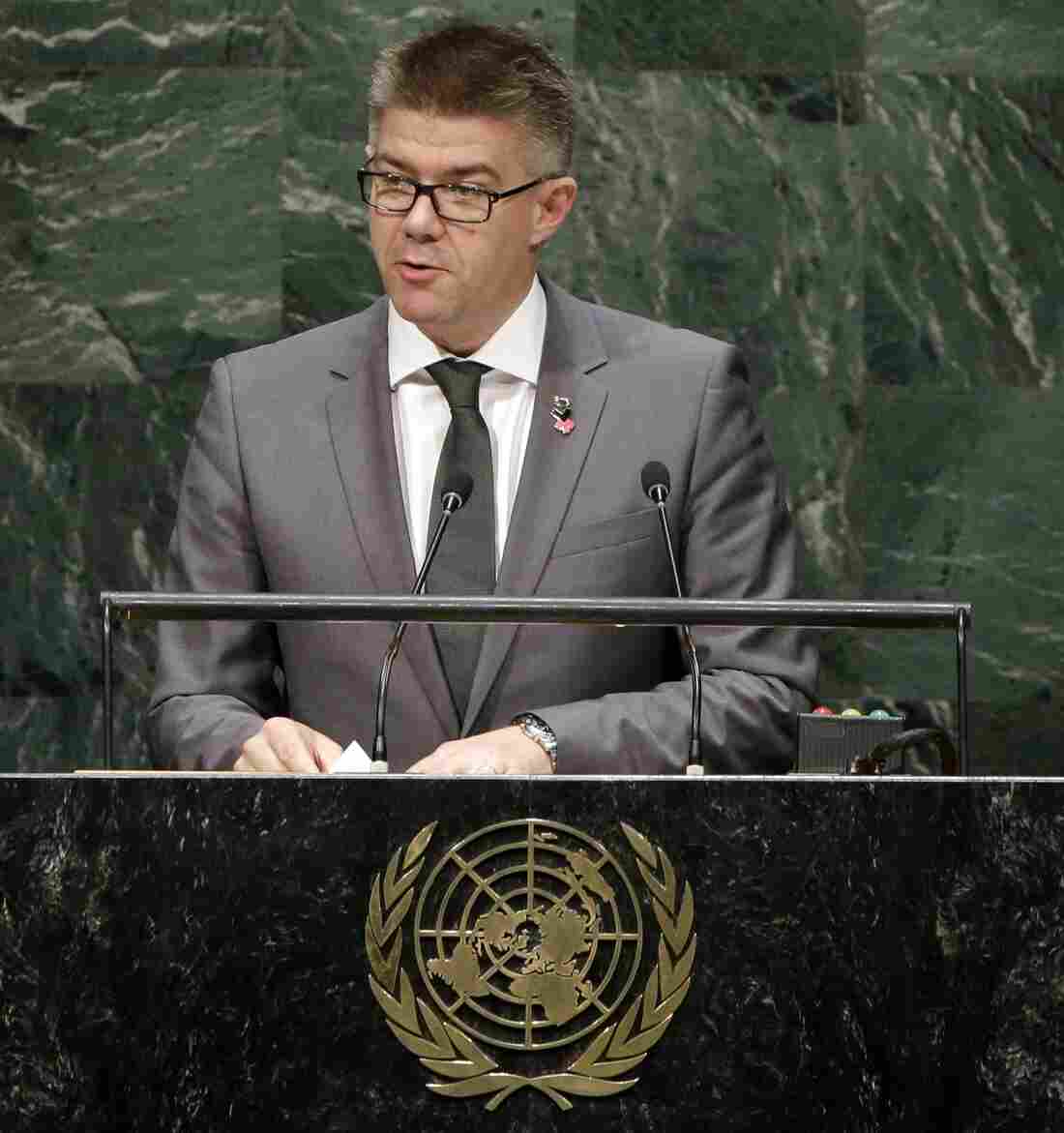 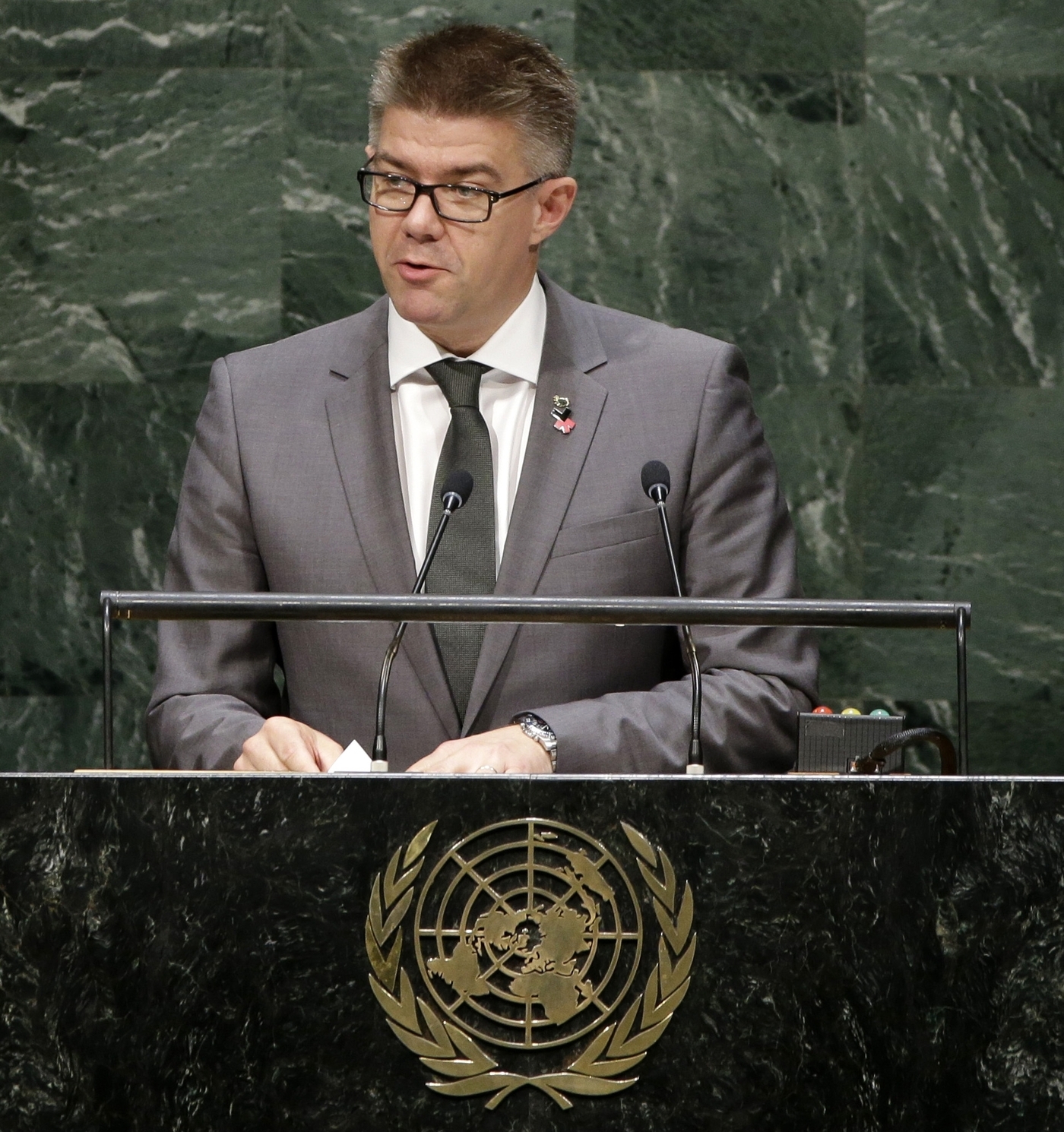 Gunnar Bragi Sveinsson, Minister for Foreign Affairs of Iceland, speaks during the 69th session of the United Nations General Assembly at U.N. headquarters on Monday.

During a speech before the United Nations, Iceland's Foreign Minister Gunnar Bragi said his country and Suriname are convening a conference to talk about gender equality.

The catch? Only men and boys are invited.

Bragi said that his country wanted to do its part to "promote gender equality." So, he announced:

"We want to bring men and boys to the table on gender equality in a positive way.

As the AP reports, Bragi was making the announcement in commemoration of the 20th anniversary of the 1995 U.N. women's conference in which world leaders declared, "women's rights are human rights."

"Iceland and Suriname fall at nearly opposite ends of global rankings on women's rights. The Global Gender Gap Report 2013 compiled by the World Economic Forum ranked Iceland top in gender equality in economic, health and other matters. Suriname, the tiny South American country, was ranked 110th."