Accessibility links
FCC Votes To Eliminate Sports Blackout Rules : The Two-Way Unfortunately for sports fans, the rules aren't expected to change much, as the NFL could still negotiate blackout rules through contracts with broadcasters. It does, however, end FCC protection. 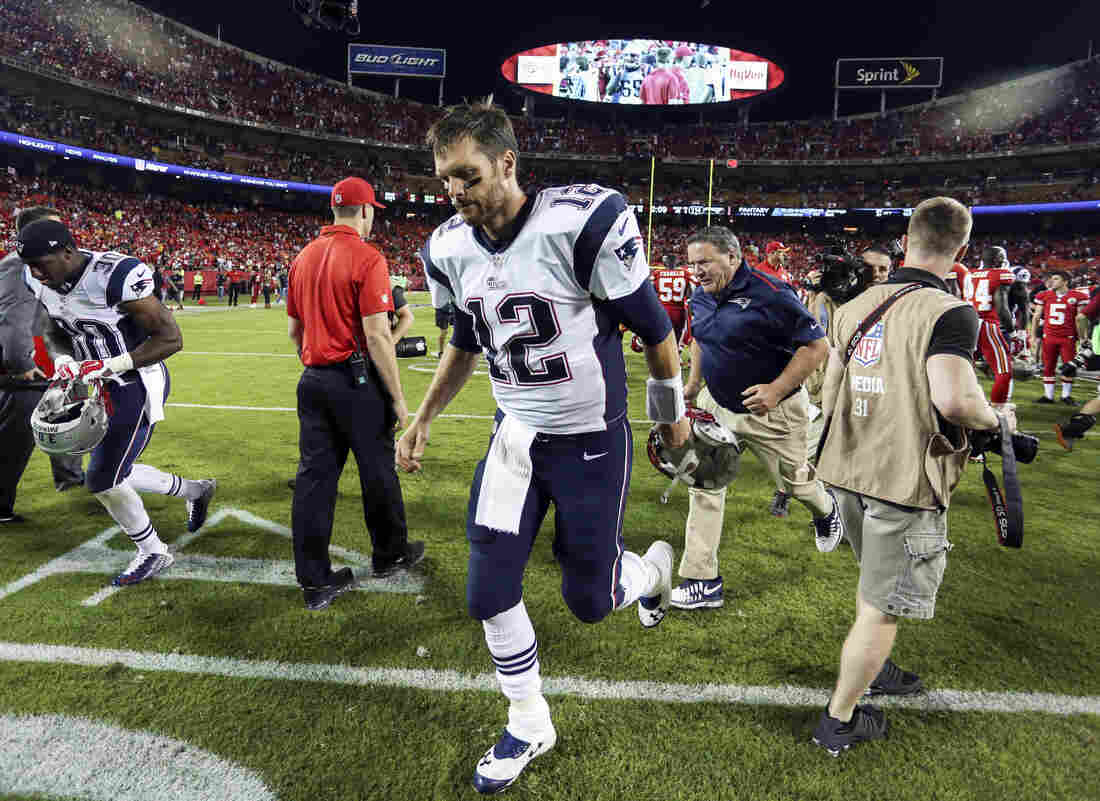 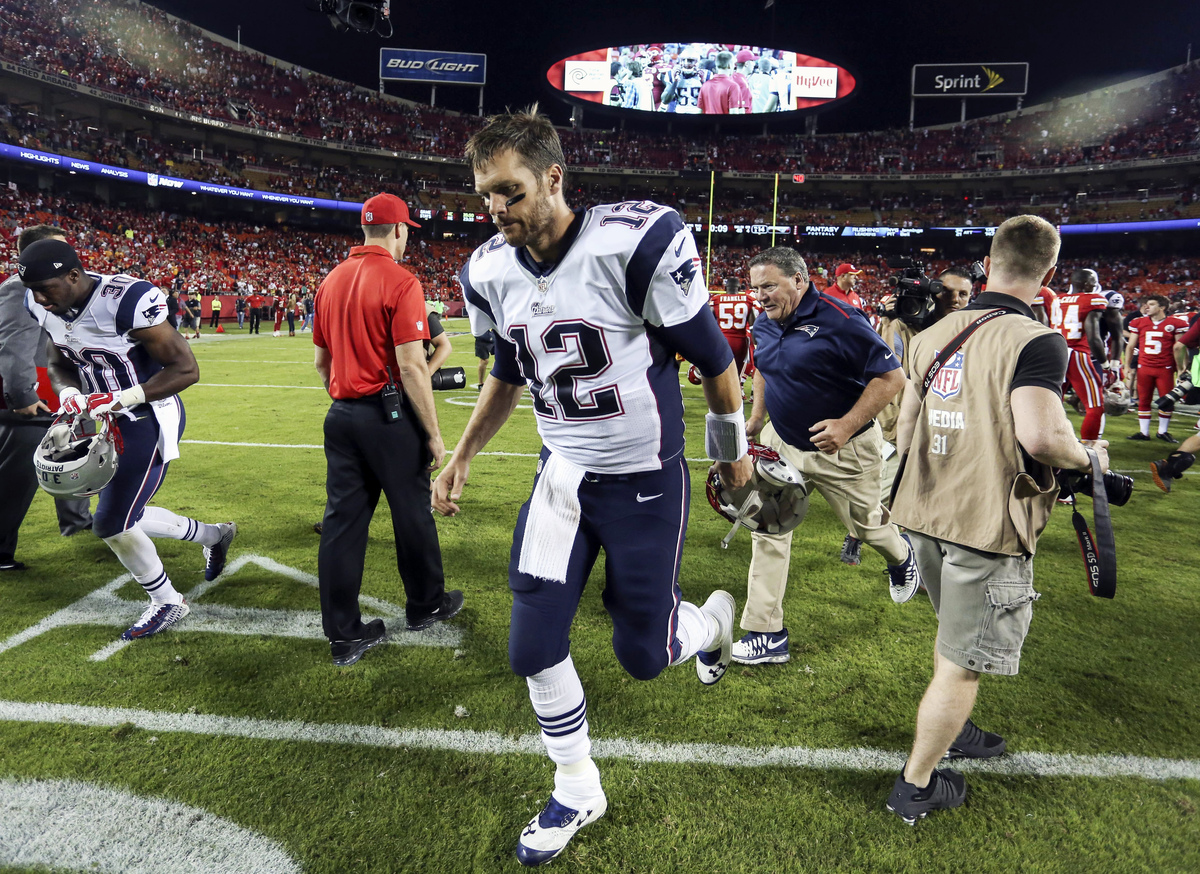 New England Patriots quarterback Tom Brady jogs off the field following a 41-14 loss to the Kansas City Chiefs in an NFL football game on Monday.

The Federal Communications Commission voted on Tuesday to ditch rules that prohibited cable and satellite providers from broadcasting games that had been blacked out on local stations.

"The order finds that the Commission's sports blackout rules are no longer justified in light of significant changes in the sports industry since these rules were first adopted nearly 40 years ago," the Commission said in a press release. "At that time, ticket sales were the primary source of revenue for the NFL and most NFL games failed to sell out."

USA Today reports that for the most part, things will not result in big changes for football fans, because most games today are sold out and the NFL "may still establish its own blackout rules through private contracts they set with broadcasters and cable companies."

"'The NFL is the only sports league that televises every one of its games on free, over-the-air television,' he said. 'The FCC's decision will not change that commitment for the foreseeable future.'

"He noted that none of this season's games have been blacked out."