Accessibility links
Man Convicted In 2010 Oregon Bomb Plot Sentenced To 30 Years : The Two-Way Mohamed Osman Mohamud was convicted in January of 2013, but his sentencing was delayed after the government revealed it had attained evidence from secret NSA electronic surveillance. 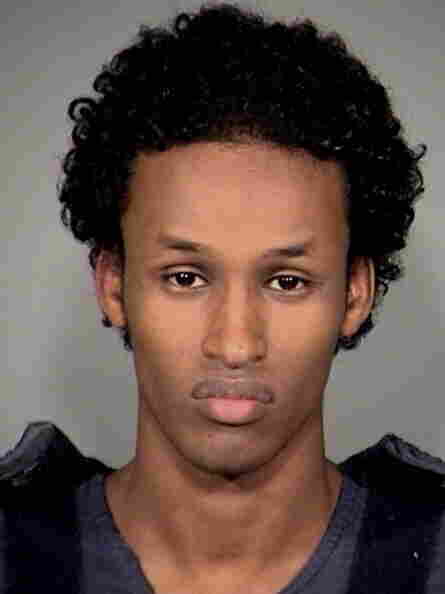 Mohamed Osman Mohamud, then 19, is shown after his arrest on Nov. 26, 2010, in Portland, Ore. Mohamud was convicted of planning to detonate a bomb during a Christmas tree-lighting ceremony. Getty Images hide caption 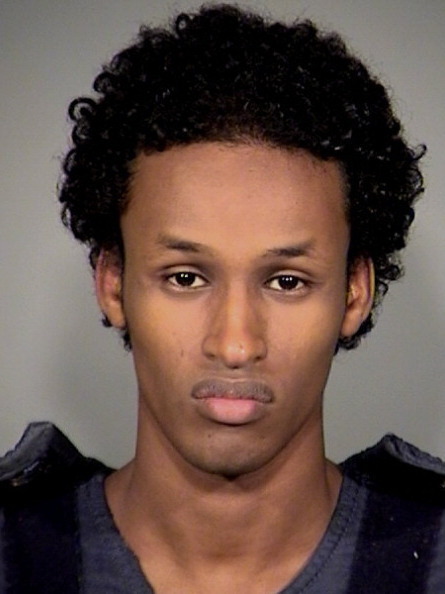 Mohamed Osman Mohamud, then 19, is shown after his arrest on Nov. 26, 2010, in Portland, Ore. Mohamud was convicted of planning to detonate a bomb during a Christmas tree-lighting ceremony.

A federal judge in Portland sentenced 23-year-old Mohamed Osman Mohamud to serve 30 years in prison, on Wednesday, over a 2010 plot to bomb a holiday tree-lighting ceremony.

"Prosecutors had sought a 40-year term for Mohamed Mohamud, 23, in the 2010 plot that actually was an FBI sting. But U.S. District Court Judge Garr King said Mohamud's youth and remorse for his actions helped lower his sentence.

"King said he believes the actions of undercover FBI agents edged into 'imperfect entrapment,' the idea that though they didn't fully entrap Mohamud in a legal sense, their actions nonetheless encouraged him to commit wrongdoing.

"Mohamud was arrested Nov. 26, 2010, after pressing a keypad button on a cellphone that he believed would trigger a massive truck bomb and kill people gathered for the annual holiday event. But the bomb was a fake provided by FBI agents posing as al-Qaida recruiters."

Mohamud's case was also important in another respect: After the Somali-born, U.S. citizen was convicted in January of 2013, the government revealed that it had acquired some evidence through secret NSA electronic surveillance. It was the first time the U.S. had admitted to using such evidence and it opened the door to challenging the constitutionality of NSA surveillance.

King suspended Mahamud's sentencing until that part of the case worked its way through the system. Mahamud's attorneys were unsuccessful in getting Mohamud a new trial over the revelations.