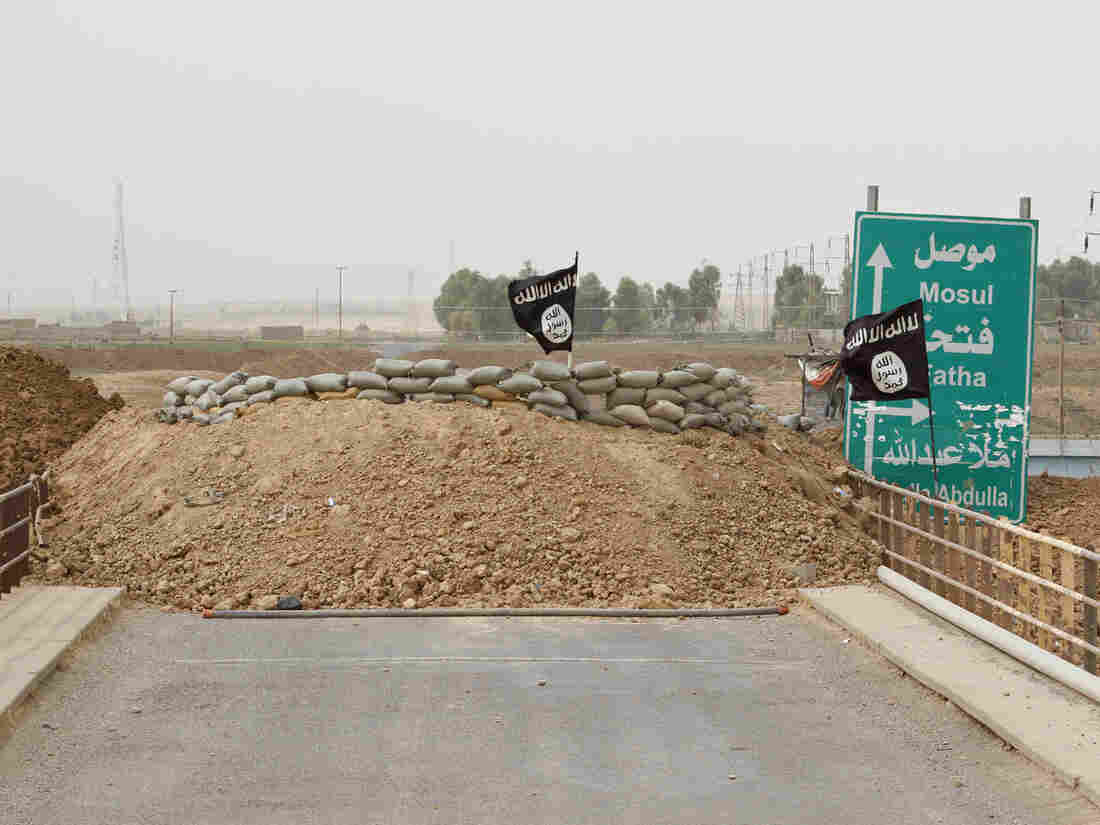 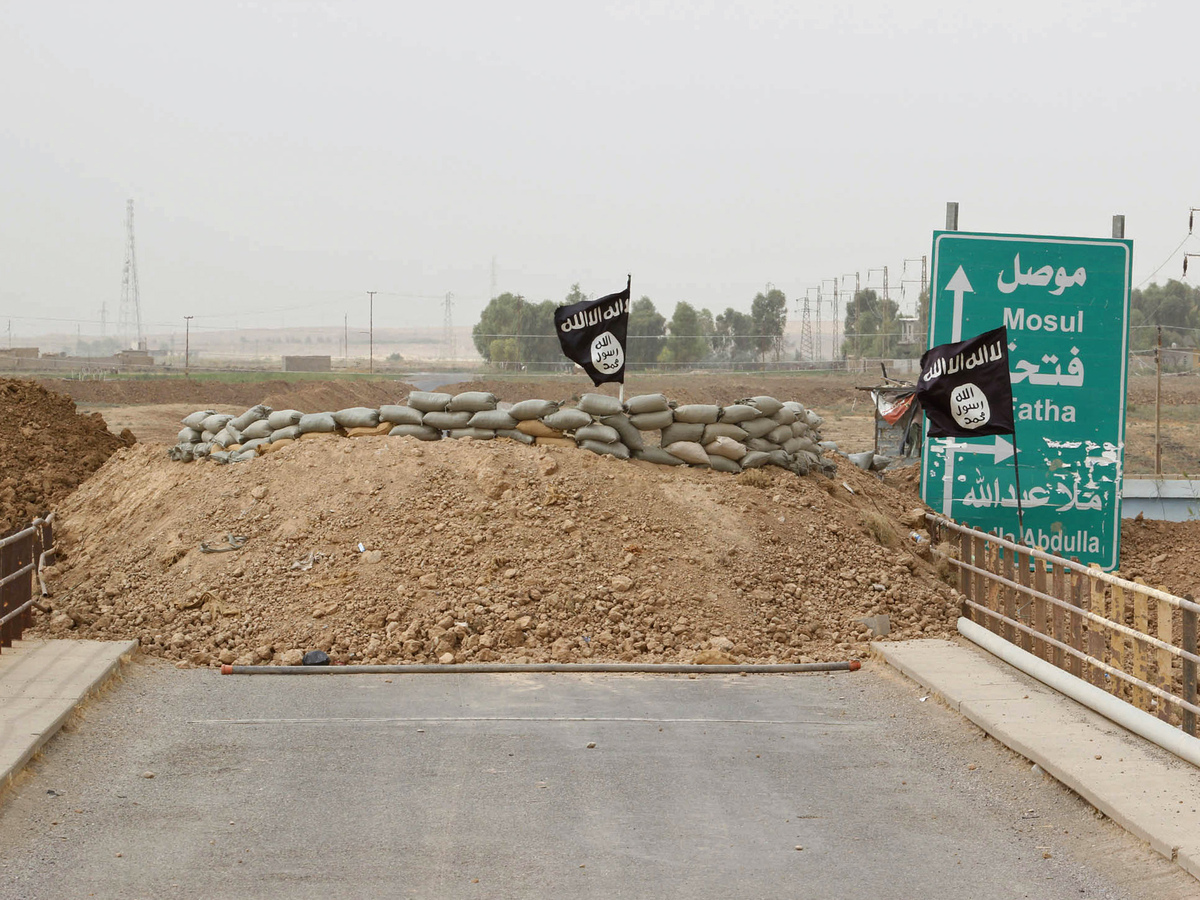 Islamic State flags on the Mullah Abdullah bridge in southern Kirkuk earlier this week. A U.N. report says the extremist group has perpetrated possible war crimes and crimes against humanity.

A United Nations report out today lists what it describes as a "staggering array" of possible war crimes and crimes against humanity by the self-declared Islamic State in Iraq, including mass executions, the kidnapping of women and girls to use as sex slaves and the use of child soldiers.

It also points to shelling and airstrikes by Iraqi security forces that killed civilians and "may have violated the principles of distinction and proportionality under international humanitarian law."

The office of the U.N. High Commissioner for Human Rights says the report is based on interviews of some 500 witnesses, who related "apparent systematic and widespread" human rights abuses by the extremist group also known as ISIS or ISIL.

The report said Islamic State and affiliated groups had committed violent acts of an "increasing sectarian nature" against Christians, Yazidis, Shiite Muslims and others.

"These include attacks directly targeting civilians and civilian infrastructure, executions and other targeted killings of civilians, abductions, rape and other forms of sexual and physical violence perpetrated against women and children, forced recruitment of children, destruction or desecration of places of religious or cultural significance, wanton destruction and looting of property, and denial of fundamental freedoms," the report says.

Islamic State militants have "attacked and killed female doctors, lawyers, among other professionals," the report said. In August, militants from the group abducted 450 women and girls in Iraq's Nineveh region and, sending "150 unmarried girls and women, predominantly from the Yazidi and Christian communities" to Syria, "either to be given to ISIL fighters as a reward or to be sold as sex slaves."

The U.N.'s human rights chief, Zeid Ra'ad Al-Hussein, said of the report: "The array of violations and abuses perpetrated by ISIL and associated armed groups is staggering, and many of their acts may amount to war crimes or crimes against humanity."

Zeid said he has "strongly recommend" that the government of Iraq accept the jurisdiction of the International Criminal Court to investigate the claims and prosecute if necessary.

"In a single massacre on June 12, the report said, about 1,500 Iraqi soldiers and security officers from the former U.S. Camp Speicher military base in Salahuddin province were captured and killed by Islamic State fighters.

"However, the bodies have not been exhumed and the precise toll is not known. No one disputes that Iraqi military recruits were led off the base near Tikrit unarmed and then machinegunned in their hundreds into mass graves by Islamic State, whose fighters boasted of the killings on the Internet."