Accessibility links
Unemployment Falls To 5.9 Percent, Lowest In 6 Years : The Two-Way The U.S. economy also added 248,000 jobs last month, according to Bureau of labor Statistics data that were stronger than expected. 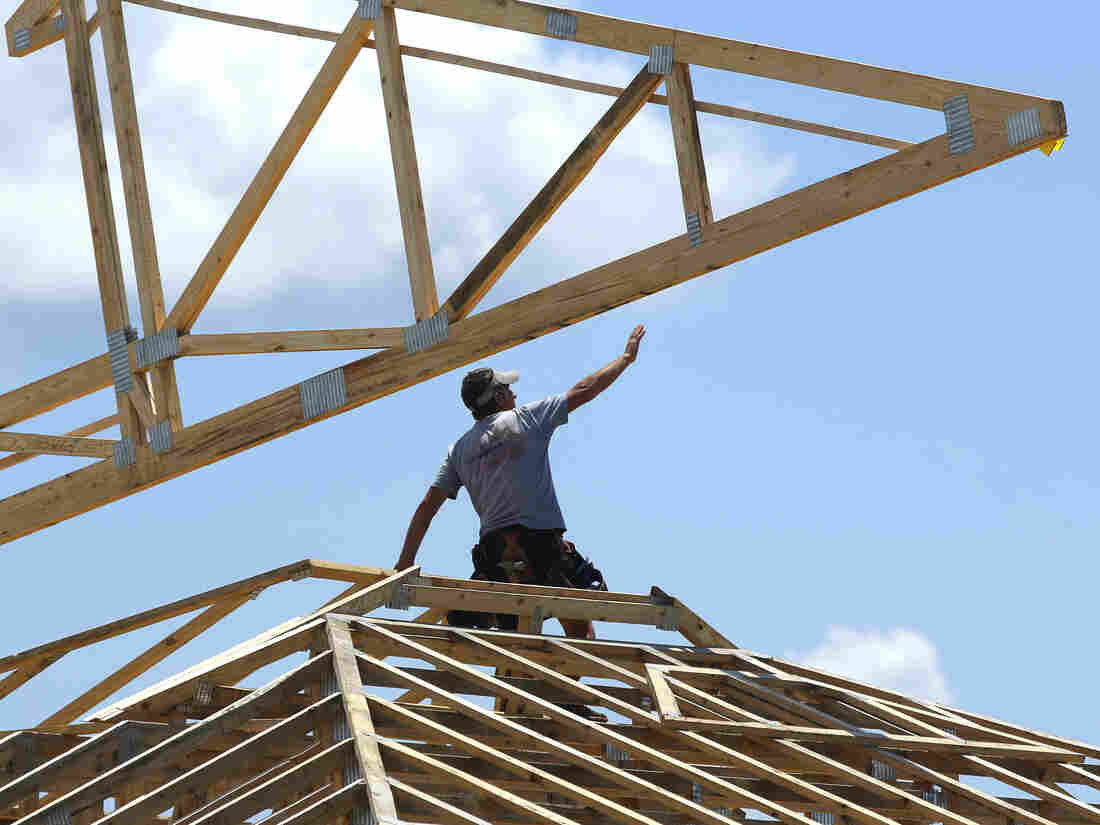 Construction workers build a commercial complex in July, in Springfield, Ill. On Friday, the government said the unemployment rate had fallen below 6 percent for the first time in more than six years. Seth Perlman/AP hide caption 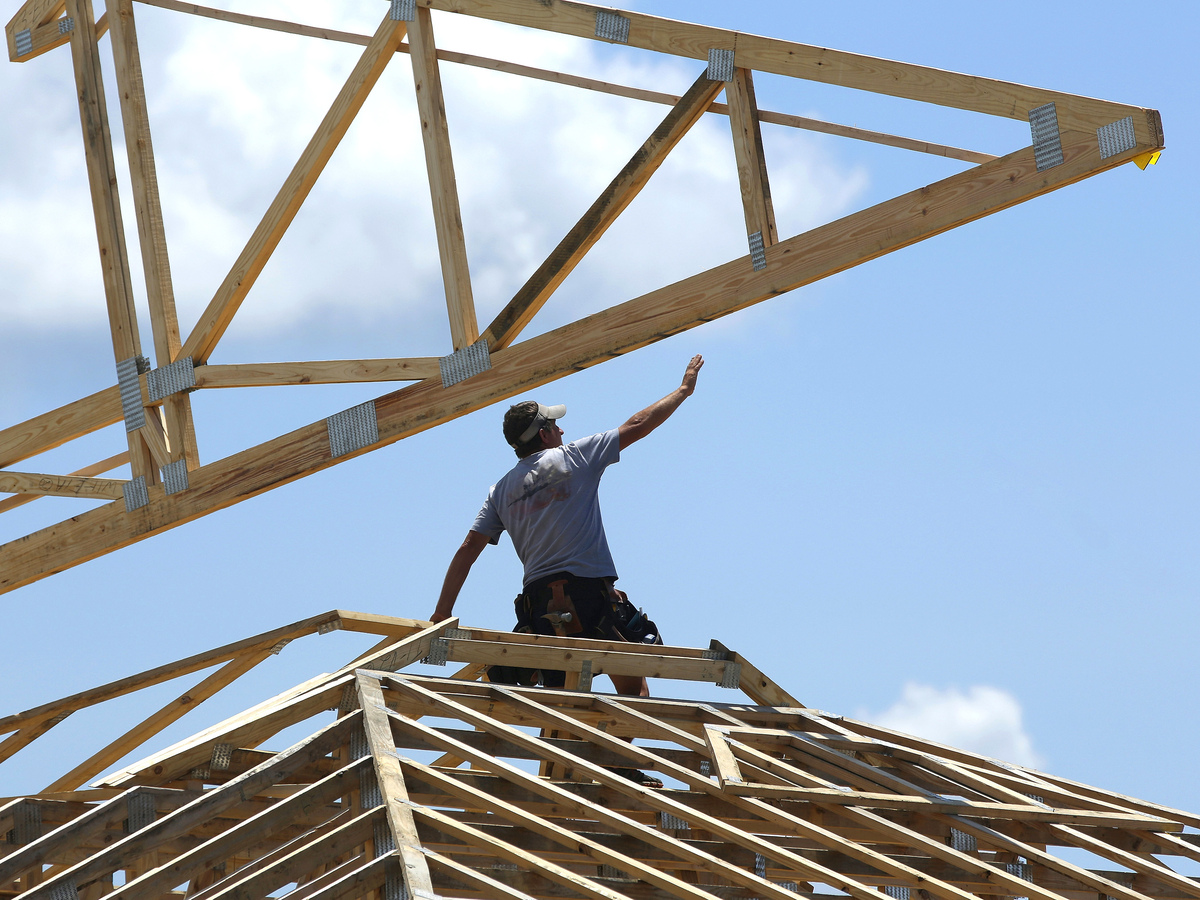 Construction workers build a commercial complex in July, in Springfield, Ill. On Friday, the government said the unemployment rate had fallen below 6 percent for the first time in more than six years.

The U.S. unemployment rate dipped below 6 percent for the first time since July 2008, with nonfarm payrolls adding 248,000 new jobs in September, the Bureau of Labor Statistics reports.

The jobless rate fell 0.2 percentage points to 5.9 percent. Employment increased in professional and business services, retail trade and health care, BLS says. The data were stronger than expected. Employers also added about 69,000 more jobs in July and August than the government first reported.

The median forecast among economists surveyed by Bloomberg had called for 215,000 new jobs in September.

Jason Furman, chairman of the Council of Economic Advisers, said in a statement that the report extends the "longest streak of private-sector job growth on record.

"The data underscore that six years after the Great Recession — thanks to the hard work of the American people and in part to the policies the President has pursued — our economy has bounced back more strongly than most others around the world," Furman said.

Many economists consider 5.5 percent unemployment a "healthy number," and as the unemployment rate moves closer to that figure, The Associated Press says it "could ratchet up pressure on the Federal Reserve to raise its benchmark interest rate."

As NPR's John Ydstie reports, "Over the past few years, much of the decline in the unemployment rate has been attributed to people leaving the labor force. But, Jim O'Sullivan of High Frequency Economics says in 2014 it's largely job growth that's has pushed unemployment down."

Dean Maki, chief U.S. economist at Barclays PLC in New York, is quoted by Bloomberg as calling the latest data "strong across the board.

Even with the new jobs, nearly 100,000 people stopped looking for work. The number of Americans working or looking for work was at 62.7 percent, the lowest proportion since February 1978, The Associated Press says.