Accessibility links
Sweden To Recognize Palestinian State : The Two-Way The move, which was announced by Prime Minister Stefan Lofven, would make Sweden the first major European nation to take that step. 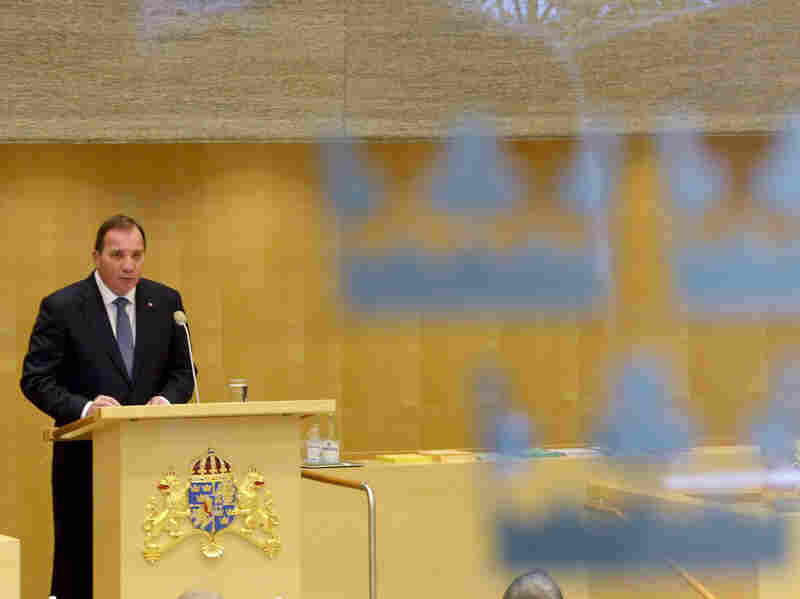 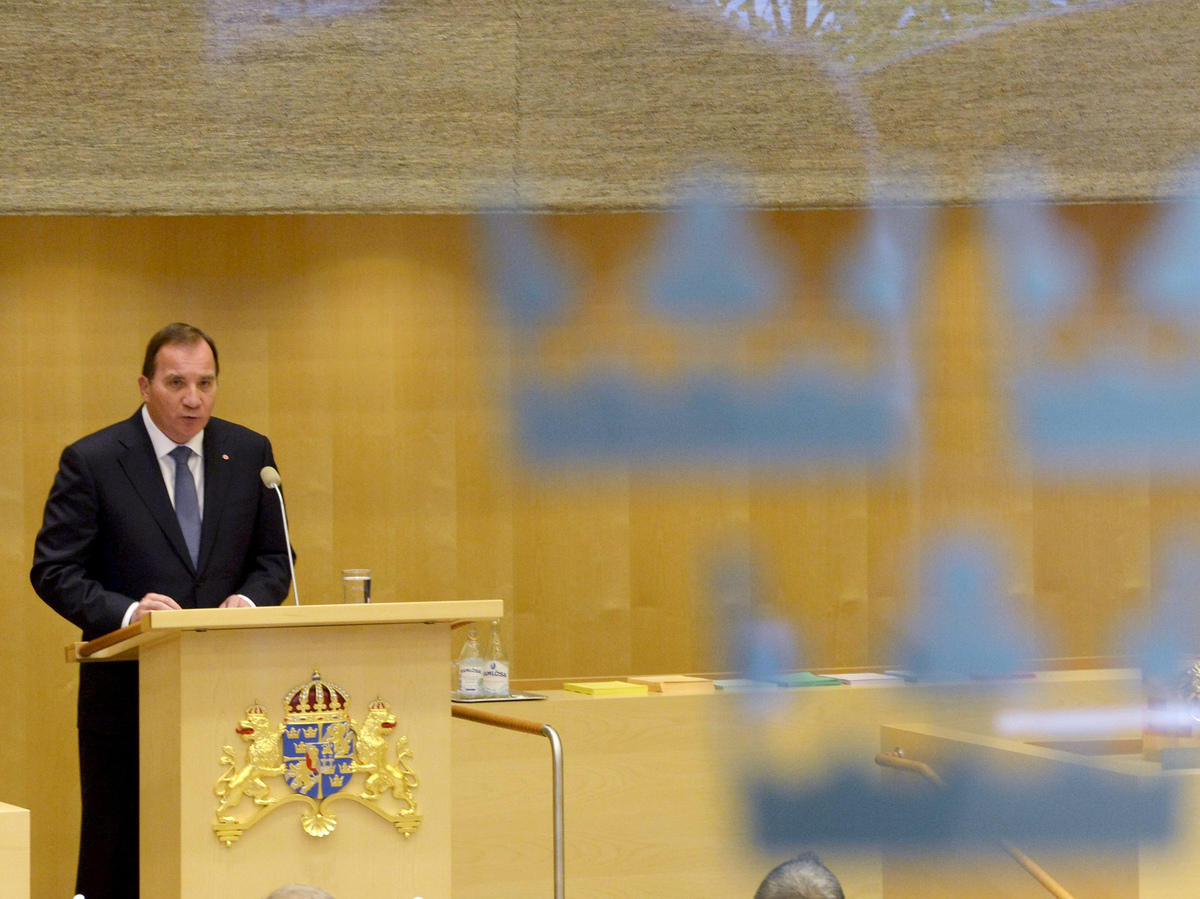 Swedish Prime Minister Stefan Lofven announces his new government during a Parliament session in the capital, Stockholm, on Friday.

"A two-state solution requires mutual recognition and a will to peaceful coexistence. Sweden will therefore recognize the state of Palestine," Lofven said during his inaugural address in Parliament.

He did not say when such a move would occur, however. Lofven's Social Democrats and their allies in the Greens hold a minority of seats in Parliament, but were able to form a government thanks to two other factions abstaining during the vote.

"For the Palestinians, Sweden's move will be a welcome boost for its ambitions.

"With its reputation as an honest broker in international affairs and with an influential voice in EU foreign policy, the decision may well make other countries sit up and pay attention at a time when the Palestinians are threatening unilateral moves towards statehood.

In 2012, the Palestinians became a "nonmember observer state" at the U.N. following a General Assembly vote.

The Associated Press reported officials reactions from the Palestinian and American governments:

" 'We believe that the process is one that has to be worked out through the parties to agree on the terms of how they'll live in the future of two states living side-by-side,' she said."