Accessibility links
Dallas Ebola Case: Experts Say 9 People At Highest Risk Of Contact : The Two-Way Health experts are "fairly certain" that nine people had enough direct contact with an Ebola patient that they could potentially have been infected. None of them have shown symptoms, the CDC says. 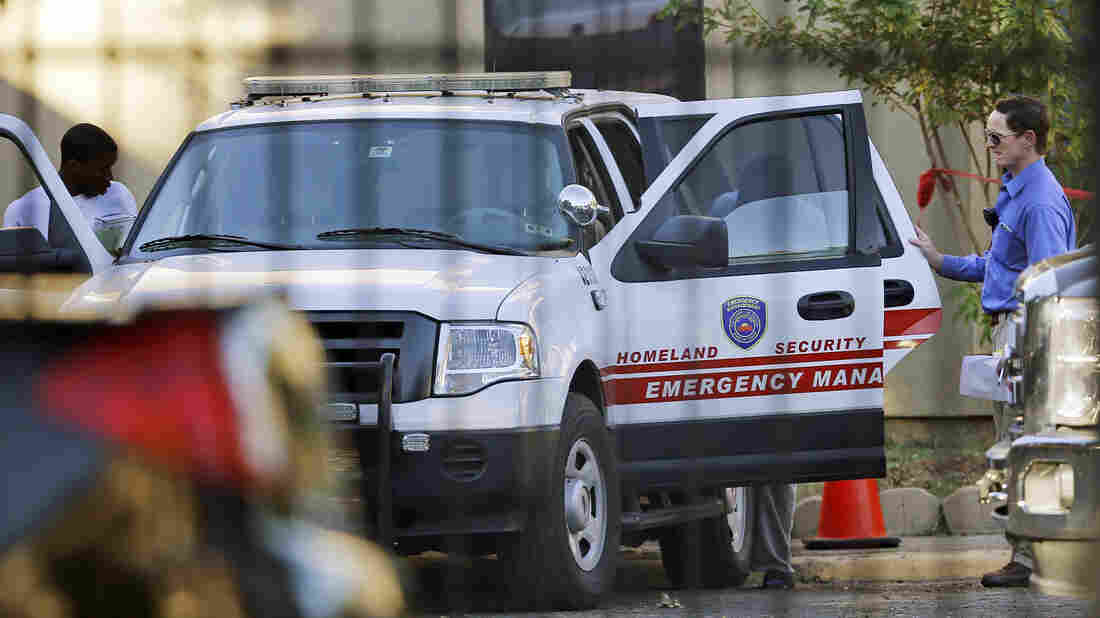 Dallas County Judge Clay Jenkins, right, escorts people who were at the apartment unit where Thomas Eric Duncan, a Liberian citizen diagnosed with the Ebola virus, had been staying. Jenkins used his car to drive the people to a new place to stay in Dallas. JIM YOUNG/Reuters /Landov hide caption 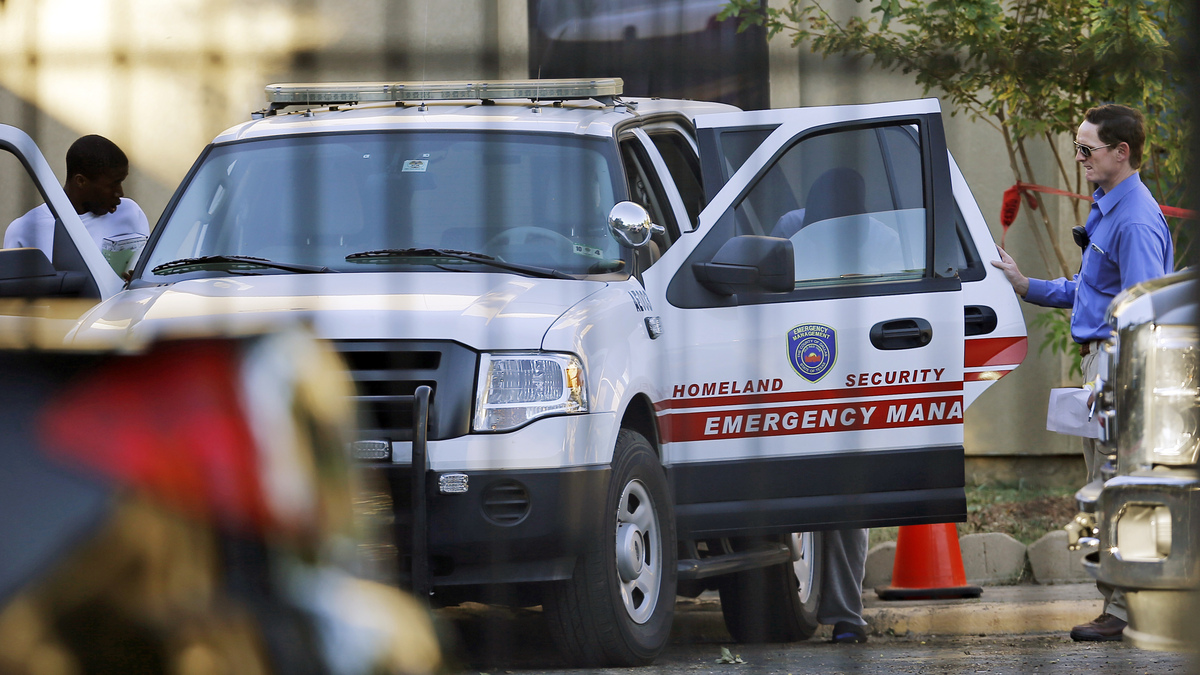 Dallas County Judge Clay Jenkins, right, escorts people who were at the apartment unit where Thomas Eric Duncan, a Liberian citizen diagnosed with the Ebola virus, had been staying. Jenkins used his car to drive the people to a new place to stay in Dallas.

Of the 114 people whom officials first thought could possibly have been exposed to the Liberian man diagnosed with Ebola in Texas, health experts are "fairly certain" that only nine had enough direct contact that they could potentially have been infected.

That's according to an update from CDC director Dr. Tom Frieden, who says that in addition to those nine, about 40 people can't be ruled out as potential contacts. He added that no Ebola-like symptoms have been detected in either group. On Friday, health officials announced they had lowered the number of "contact traces" from 100 to 50.

The group of nine includes some who were in the ambulance that was used to take patient Thomas Eric Duncan to the hospital, Frieden said. Duncan has been in isolation since Sunday, Sept. 28.

Today's comments from health officials didn't address any specifics about Duncan's condition or the treatment he's receiving. NBC 5 News in Dallas says it has spoken to his nephew, Josephus Weeks, who says the patient "is now on a ventilator."

Duncan has been in isolation for nearly a week at Texas Health Presbyterian Hospital. While his condition had been listed as serious but stable, on Saturday the hospital downgraded his condition to critical.

Frieden commended officials in Texas, saying they have organized an effective response to the Dallas case. He spoke around midday Saturday at a news conference based in Atlanta, giving an update on the Ebola case along with Dr. David Lakey, commissioner of the Texas Department of State Health Services, and Dallas County Judge Clay Lewis Jenkins.

Jenkins said that on Friday, he drove four people who had been staying at the Dallas apartment where Duncan had been staying after his arrival from Liberia "to a secure location that was provided by a member from the faith community."

Jenkins said that the place in which the group is now staying is one he would be happy to have his own family live.

Frieden, admitting that the first U.S. case of Ebola is "scary and unprecedented," said, "we know how to stop outbreaks of Ebola."

Toward the end of today's update, Jenkins urged people to take the Ebola threat seriously — but not to panic. He noted that he's a married man with an 8-year-old daughter.

"I would not be getting into a car with people being monitored," he said, "if it were not safe to do so."

Here are other recent developments in the Ebola story: