Accessibility links
Hope For Ebola Treatment Found In Survivors : The Two-Way Health officials are looking to those who have recovered from Ebola to treat new cases. The World Health Organization hopes to find antibodies in the blood of people who have fought off the virus. 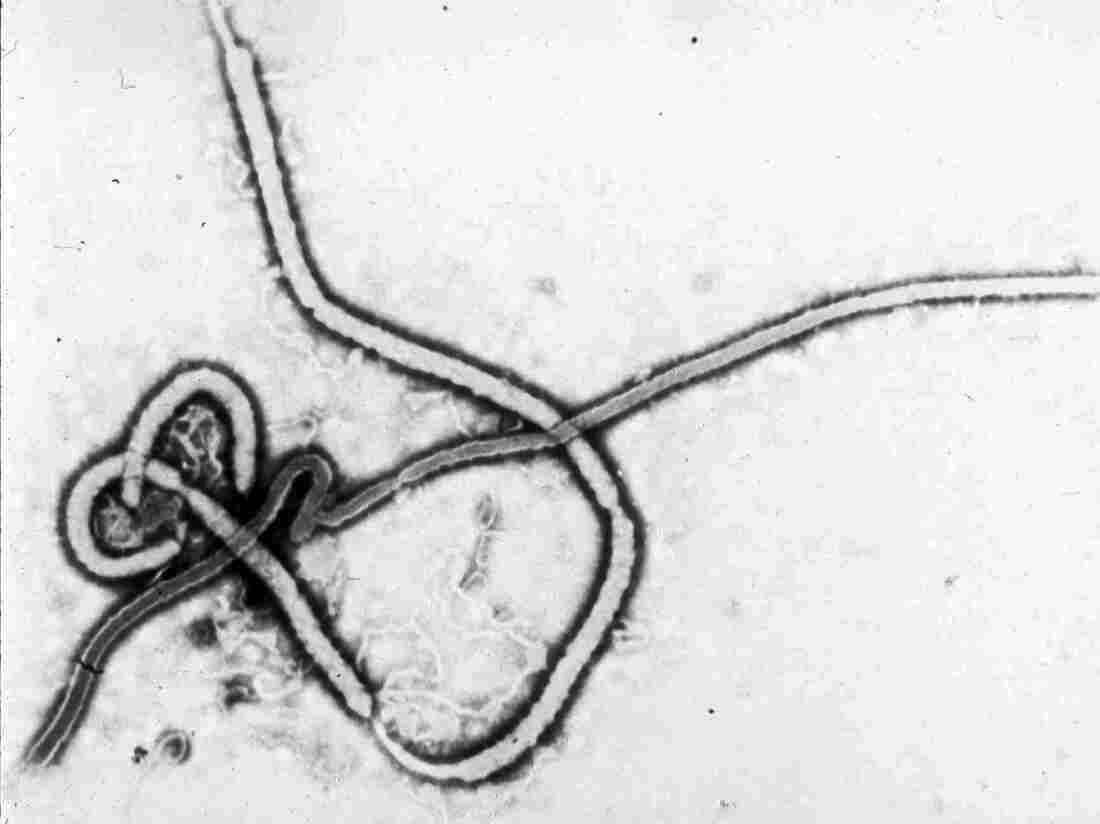 An electron micrograph photo of the Ebola virus, provided by the Centers for Disease Control and Prevention in Atlanta. ASSOCIATED PRESS hide caption 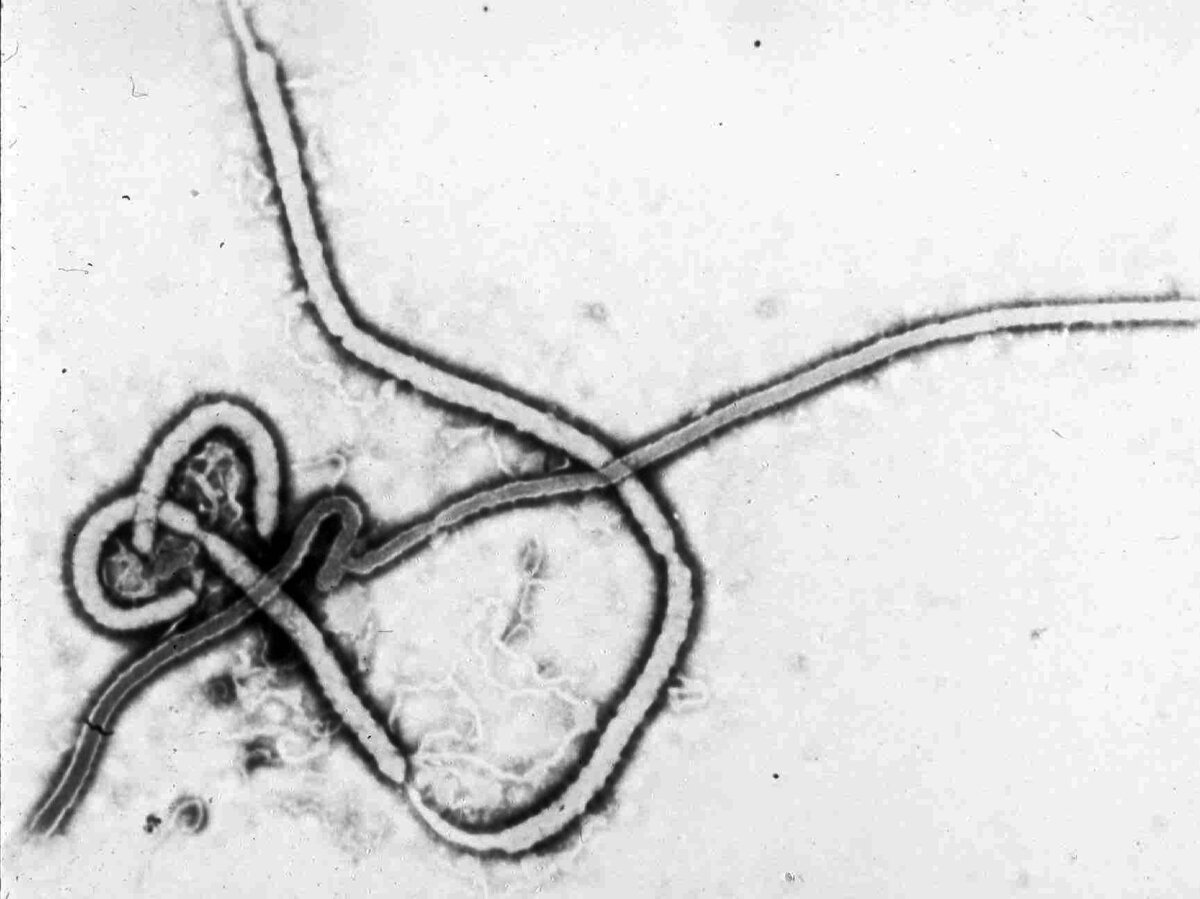 An electron micrograph photo of the Ebola virus, provided by the Centers for Disease Control and Prevention in Atlanta.

France's health ministry confirmed on Saturday the full recovery of a nurse who was treated for Ebola in a military hospital outside Paris. The patient was a volunteer nurse who traveled to Liberia to work with the charitable organization Medecins Sans Frontieres (Doctors Without Borders).

The news follows the confirmation of another successful Ebola recovery in Europe. A doctor working with the World Health Organization was released Friday from the University Medical Center Hamburg-Eppendorf in Germany.

The patient, an epidemiologist from Senegal, contracted the disease in Sierra Leone and was flown to the hospital in Hamburg at the end of August for treatment.

The New York Times reported Friday the WHO is considering ways to involve survivors of Ebola — namely, their blood. Officials hope it will contain antibodies that could help new cases fight off the deadly virus.

"The concept that this treatment could be efficacious is biologically plausible, as convalescent plasma has been used successfully for the treatment of a variety of infectious agents," said the WHO in a guidance document that outlines the proper steps and procedures for collecting blood and plasma from recovered Ebola patients.

A WHO statement released last week, however, warns of the dangers of such treatments. In West Africa, where Ebola has killed thousands in mostly impoverished areas, blood banks are not considered stable establishments. Risk of contracting HIV or hepatitis from donated blood is a serious issue and there is a shortage of qualified medical personnel.

Still, the WHO offers reason to be optimistic: An American doctor in Liberia recently received a plasma donation from a survivor and made a successful recovery.

The plasma was then given to another infected American doctor, who also made a full recovery. There is no confirmation that the transfusions themselves cured the patients, but the WHO is moving forward to develop a plan.

The organization is currently in talks with health officials and professionals in both Sierra Leone and Liberia, as well as Nigeria, Guinea and the Democratic Republic of Congo as to how to implement convalescent therapy. There is concern about a large-scale execution of such treatments, as well as any risks.

"Some partners and donors are asking for rough estimates of what needs to be in place to support rapid implementation on the largest possible scale," says the statement. "They have questions about the number of staff needed and their training requirements, safety risks and how to manage them, laboratory capacities and how to enhance them, specific needs for equipment and supplies, and what all of this might cost."

As of Friday, the WHO had updated its Ebola death toll to at least 3,439 out of 7,492 possible and confirmed cases.