Accessibility links
Book News: Murakami Drops A New Story, Just As Nobel Week Begins : The Two-Way In "Scheherazade," he tells the tale of a captive listener — in more ways than one. Also: A big week to come includes the Nobel Prize announcement, "Super Thursday" and several notable books. 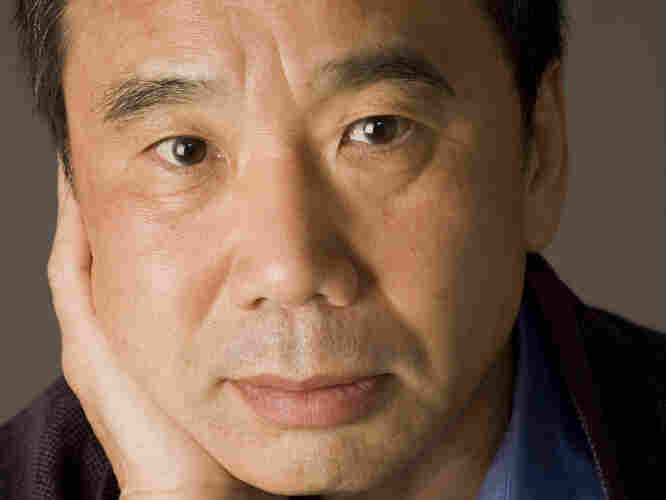 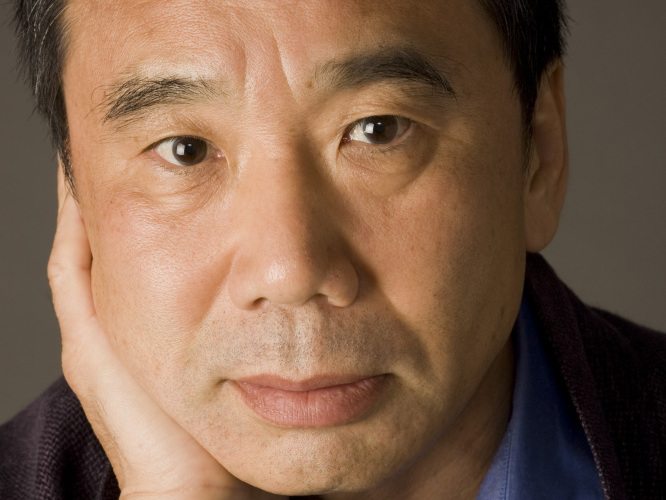 Haruki Murakami's latest novel, Colorless Tsukuru Tazaki and His Years of Pilgrimage, was released in English in 2014.

Reacquaint yourself with Haruki Murakami — again the odds-on favorite to win the Nobel Prize in Literature this week — by reading "Scheherazade," a story of his just released in The New Yorker. "Each time they had sex, she told Habara a strange and gripping story afterward. Like Queen Scheherazade in 'A Thousand and One Nights.' Though, of course, Habara, unlike the king, had no plan to chop off her head the next morning. (She never stayed with him till morning, anyway.)"

Self-Reflection: Resident literary doomsayer Will Self — who was recently among the latest to declare the novel dead — took to The Guardian to voice similarly dire prophecies on the fate of "serious reading" in the digital age. He writes: "The fact is that the commanding heights of the web are already occupied by those who view it as a cash cow grazing in a global field."

New in print (and screen)

Some Luck, part one of Jane Smiley's first-ever trilogy, marks something of a return for the Pulitzer Prize-winning author. Smiley, who lives in California, drew on her 24 years spent in Iowa to weave a story of 20th century farm life — and those who gradually leave it. "This is worlds in collision," Smiley says of her new novel, which has been longlisted for this year's National Book Award. She tells NPR's Lynn Neary: "You thought you were in this one place and this was true, and then you got on the train and went a few hundred miles away and everything was different and other things were true."

Marilynne Robinson, a fellow Pulitzer Prize winner who joins Smiley on this year's list of NBA nominees, paints a compelling portrait of Iowa, as well. Robinson's Lila summons back to life the characters and setting of her 2004 novel, Gilead, in a book that "brims with moody, crooked metaphors that transfigure the dilapidated world into something strange and precious," according to Sam Sacks of The Wall Street Journal.

In The Innovators, Walter Isaacson dusts off the histories buried beneath today's digital revolution — histories that date back much further than you might expect, and to forgotten figures that'll likely surprise many. As NPR's Laura Sydell notes, Isaacson explains that the tech industry — which today is notoriously male-dominated — traces its roots to some crucial contributions from women.

If words like "stagflation" and "Grexit" are as good as Greek to you, consider picking up John Lanchester's How to Speak Money, which explains more than 300 sometimes-baffling words and phrases of the financial world. Along the way, he tells NPR, the book attempts to unravel the riddle of currencies: "They seem fictional, we seem to have willed their meaning into being, and yet the meanings are so consequential it shapes the texture of everyday life."

Events to watch out for

The Nobel Committee will announce the winner of this year's Nobel Prize in Literature on Thursday. While the literary world is likely to be abuzz with predictions — Murakami, above, among them — one guess is just about as good as any other. The lifetime achievement award famously offers no shortlist of nominees.

In quite a feat of timing, British bookstores will embark on their annual "Super Thursday" this week — a bid to recreate the retail magic (or nightmare) of other famous shopping days, such as Black Friday and Record Store Day. Independent bookstores are packing the day with a deluge of hardbacks — some 315 new releases in all — in the hopes of drawing shoppers off-line and into stores.