Accessibility links
Scientists Share Chemistry Nobel For Breakthrough In Microscopy : The Two-Way Two Americans and a German get the prestigious prize for pushing back the limits of what was long thought of as an insurmountable barrier to viewing individual molecules. 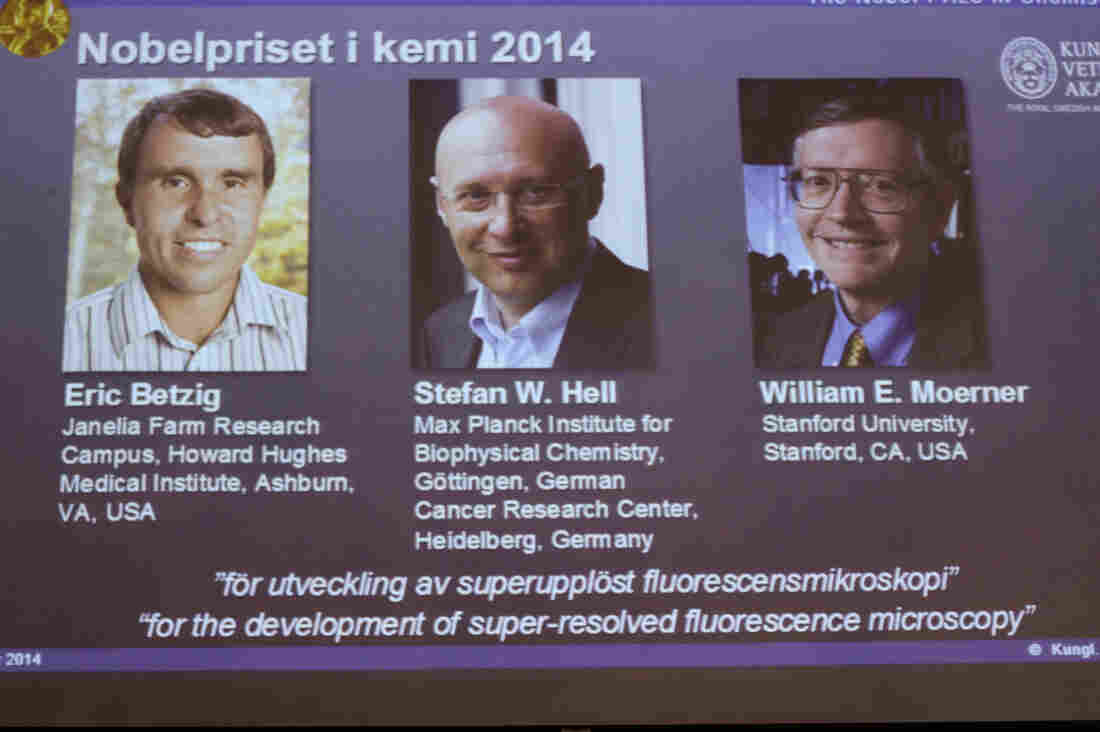 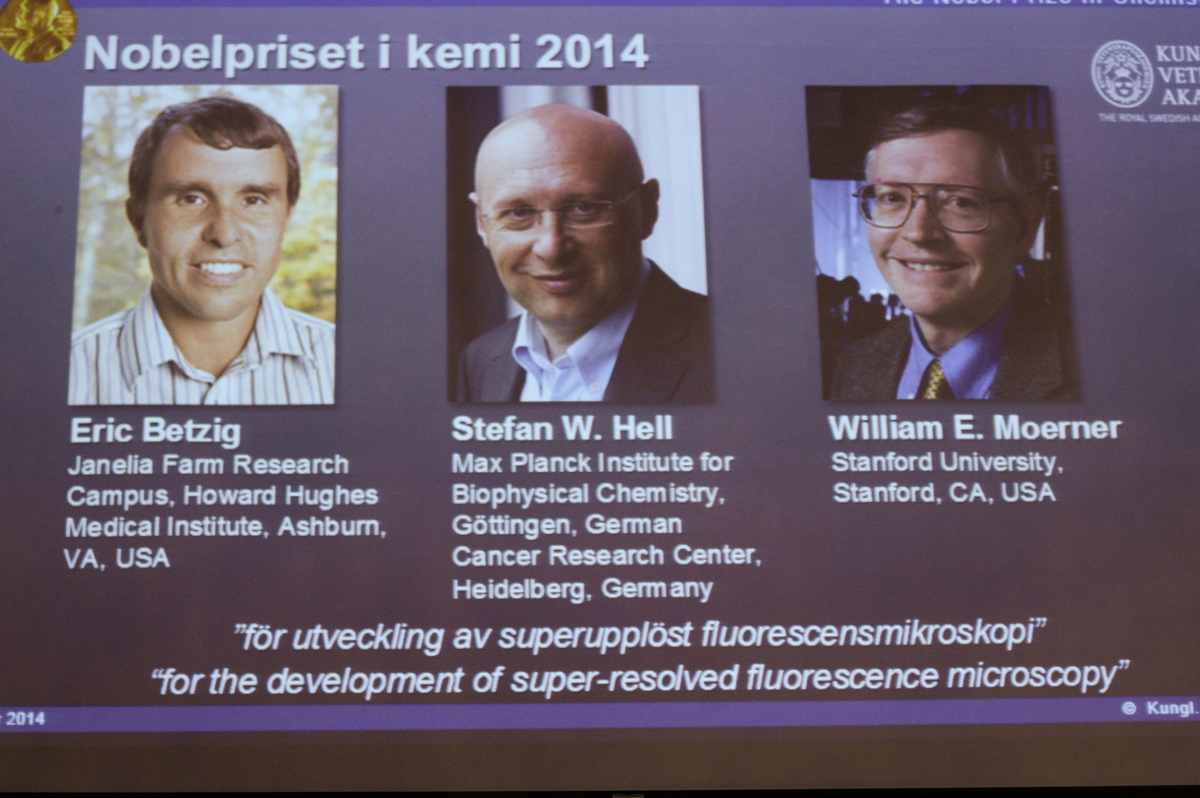 The three winners of the 2014 Nobel Prize for chemistry: Americans Eric Betzig and William Moerner, and German scientist Stefan Hell.

Two Americans and a German will share the Nobel Prize in chemistry for developing a new type of microscopy that allows researchers, for the first time, to see individual molecules inside living cells.

The Royal Swedish Academy of Sciences has awarded Americans Eric Betzig and William Moerner and German scientist Stefan Hell the prize for "the development of super-resolved fluorescence microscopy," which "has brought optical microscopy into the nanodimension."

"For a long time optical microscopy was held back by a presumed limitation: that it would never obtain a better resolution than half the wavelength of light. Helped by fluorescent molecules the Nobel Laureates in Chemistry 2014 ingeniously circumvented this limitation. Their ground-breaking work has brought optical microscopy into the nanodimension.

"In what has become known as nanoscopy, scientists visualize the pathways of individual molecules inside living cells. They can see how molecules create synapses between nerve cells in the brain; they can track proteins involved in Parkinson's, Alzheimer's and Huntington's diseases as they aggregate; they follow individual proteins in fertilized eggs as these divide into embryos."

The academy says it is awarding the prize for two distinct principles. Simulated emission depletion (STED) microscopy, which uses a laser to stimulate fluorescent molecules to glow and another laser to filter out all but a small portion of the result, allowing incredibly fine resolution. That research was carried out by Hell.

Working separately, Betzig and Moerner are credited with developing single-molecule microscopy, a "method [that] relies upon the possibility to turn the fluorescence of individual molecules on and off. Scientists image the same area multiple times, letting just a few interspersed molecules glow each time," according to Nobelprize.org.

Betzig is a group leader at Janelia Farm Research Campus, Howard Hughes Medical Institute, Ashburn, Va., and Moerner is the Harry S. Mosher Professor in Chemistry and professor, by courtesy, of applied physics at Stanford University.

Hell is the director at the Max Planck Institute for Biophysical Chemistry, Gottingen, and division head at the German Cancer Research Center in Heidelberg, Germany.