Accessibility links
Lawsuit Testing Personhood Of Chimps Gets Its Day At An Appeals Court : The Two-Way A lower court had tossed the case, but an appellate court heard oral arguments today. Lawyers said that Tommy, a chimp in New York, deserves the same rights as Homo sapiens. 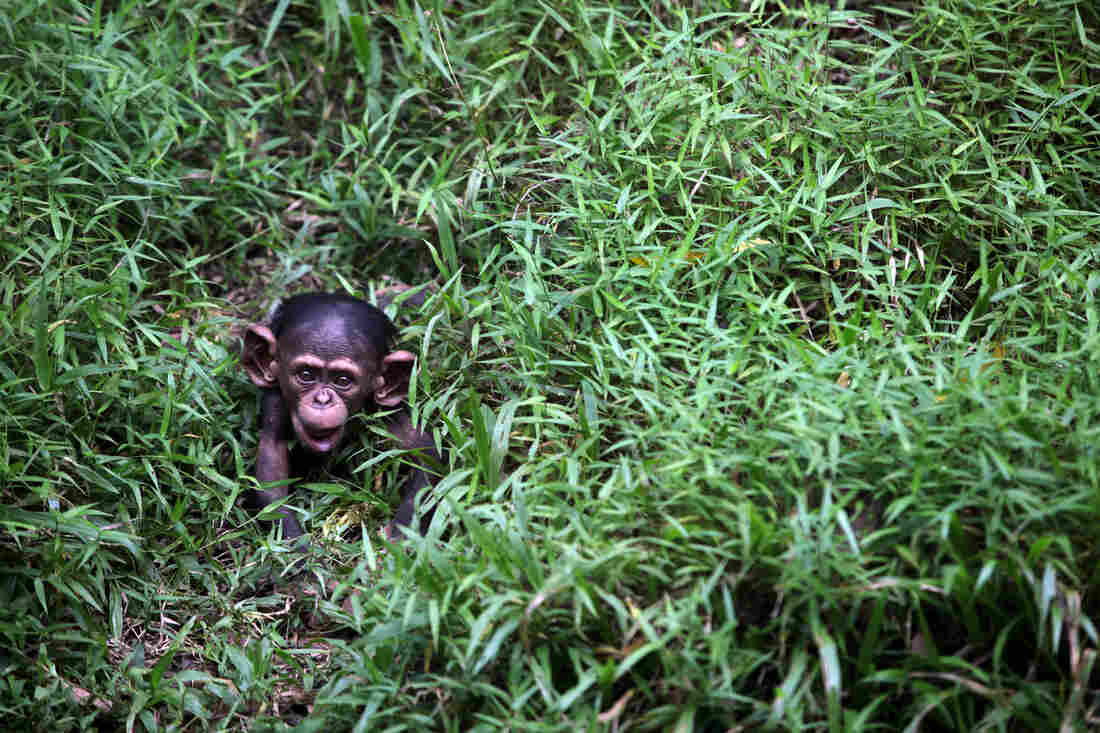 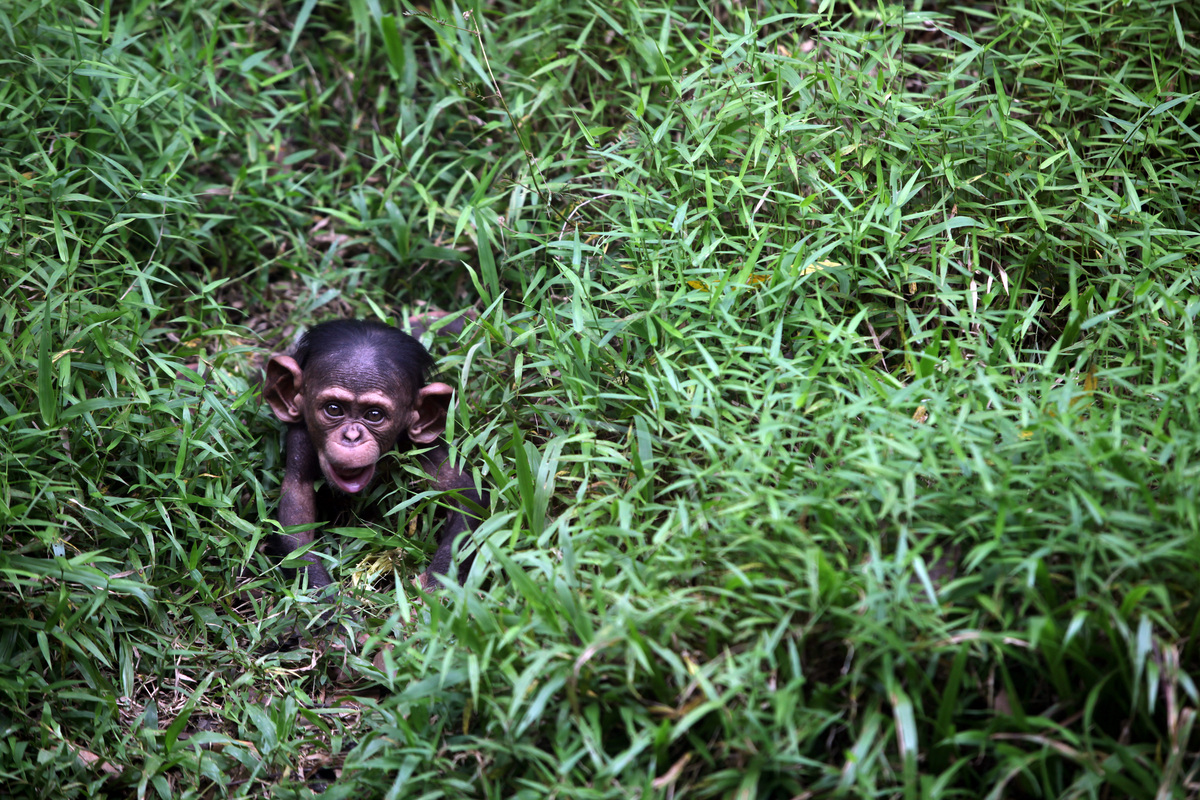 A four-month-old baby chimpanzee at the National Zoo in Kuala Lumpur, Malaysia, in February 2013.

A novel legal case exploring the personhood of chimps got its day at an appellate level court today.

If you remember, we told you about how the Nonhuman Rights Project is asking a court to send Tommy, a chimpanzee living in a cage at a trailer dealer in Gloversville, N.Y., to a sanctuary.

The argument has been that scientists have found that a chimp is cognitively similar to humans, therefore deserves some of the same rights. In this case, the Nonhuman Rights Project is asking the court for a writ of habeas corpus, which compels a person's captor to explain why he has a right to hold a person captive.

The lower court that first heard this case threw it out.

The judge in the case said he agreed with their arguments but did not agree that New York's habeas corpus law applied to a chimp.

Earlier this year, it issued a preliminary injunction preventing Tommy from being moved outside the state.

It's unclear when this court will issue its decision, but these kind of changes in the interpretation of law are usually handed down by higher courts.