Accessibility links
Hospital: Condition Of Spanish Nurse With Ebola Is Deteriorating : The Two-Way The hospital declined to elaborate on details of Teresa Romero Ramos, 44, who was admitted earlier this week after apparently contracting the disease from a patient she was treating.

Hospital: Condition Of Spanish Nurse With Ebola Is Deteriorating

Hospital: Condition Of Spanish Nurse With Ebola Is Deteriorating 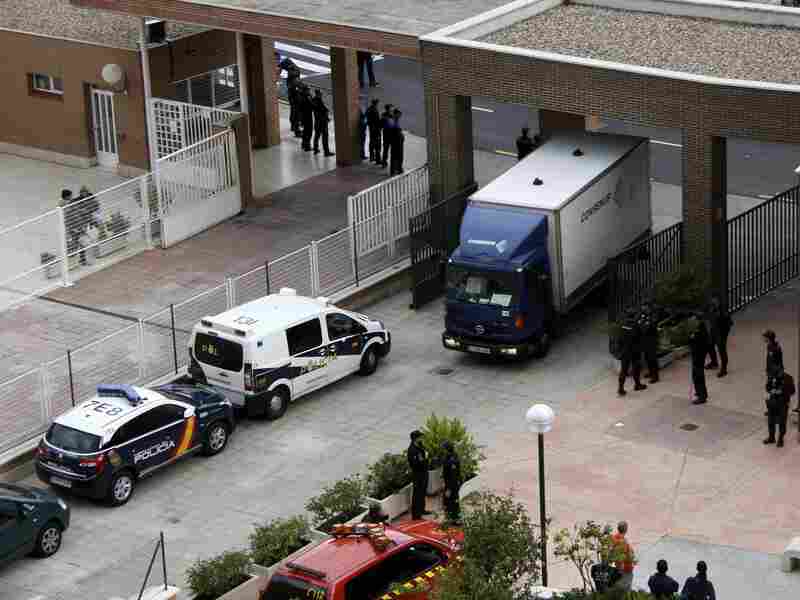 A vehicle that picks up hospital waste arrives at Teresa Romero Ramos' house in Alcorcon, outside Madrid, on Wednesday. The Spanish nurse was the first case of human-to-human Ebola contagion in Europe. Borja Garcia/EPA/Landov hide caption 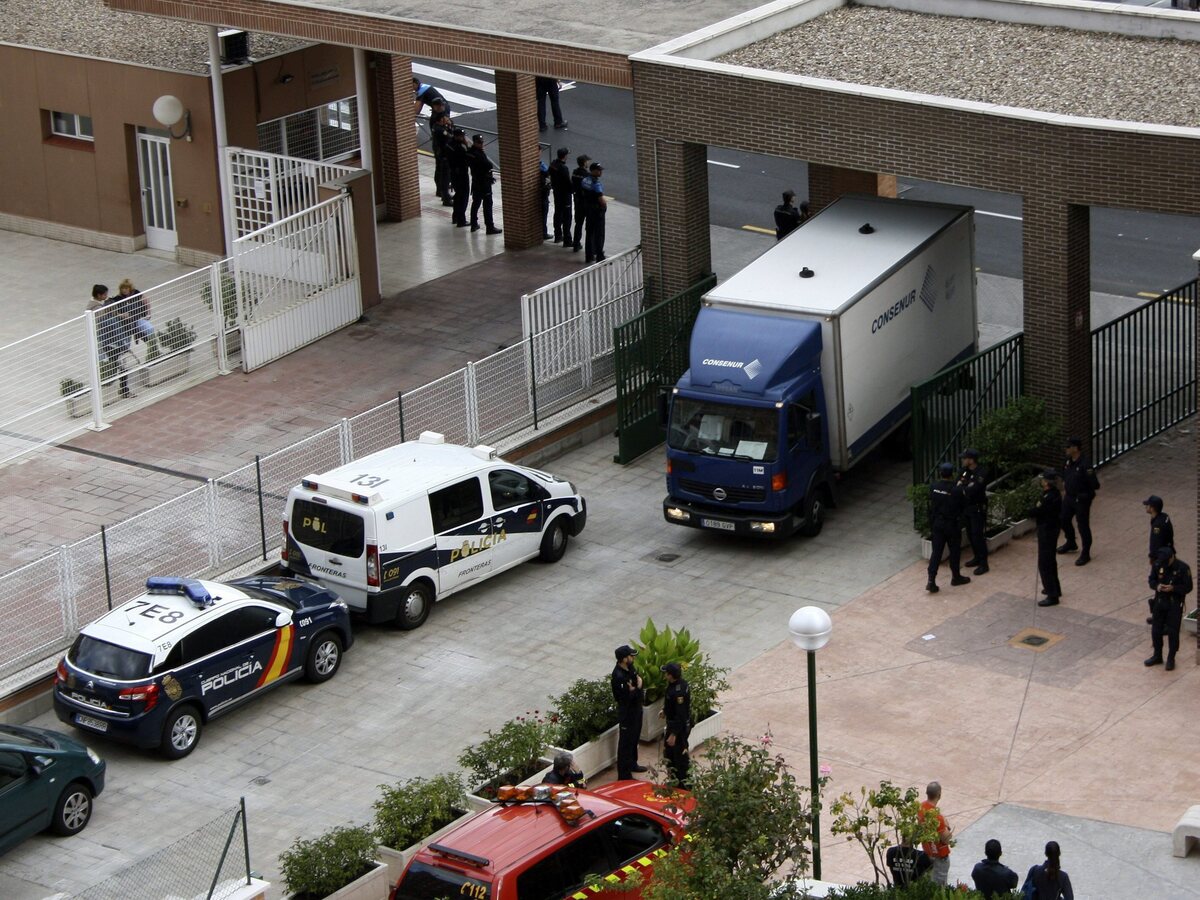 A vehicle that picks up hospital waste arrives at Teresa Romero Ramos' house in Alcorcon, outside Madrid, on Wednesday. The Spanish nurse was the first case of human-to-human Ebola contagion in Europe.

Hospital officials in Spain are saying that the condition of a nurse quarantined with Ebola has worsened.

Yolanda Fuentes, an official at the Carlos III hospital in Madrid, says of Ebola patient Teresa Romero Ramos: "Her clinical situation has deteriorated but I can't give any more information due to the express wishes of the patient."

Romero, 44, was admitted to the hospital earlier this week. Health officials say she may have became infected through contact with a contaminated glove she was using in the treatment of an Ebola patient, who later died.

The latest news comes a day after the death of Thomas Eric Duncan, a 42-year-old Liberian man who was being treated for the disease in Dallas. It also follows an announcement from Washington that screening of passengers arriving from West Africa at five major U.S. airports would be stepped up.

As we reported Wednesday, new screening measures for the disease will go into effect at JFK in New York, New Jersey's Newark, Chicago's O'Hare airport, Washington Dulles and Atlanta's Hartsfield airport. The White House says 94 percent of all travelers arriving in the U.S. from the worst Ebola-affected countries — Liberia, Sierra Leone and Guinea — arrive via those five airports.

Reuters says: "The new airport screening will begin on Saturday at New York's JFK International Airport and then expand to Dulles and the international airports in Atlanta, Chicago and Newark."

The Associated Press reports that airplane cabin cleaners working for Air Serv Corp. at LaGuardia in New York began a 24-hour strike Wednesday night to protest their lack of protective equipment to deal with blood and vomit from potentially infected passengers.

The head of the Centers for Disease Control and Prevention, Dr. Tom Frieden, says screeners will use no-touch thermometers to take the temperatures of passengers.

Canada said Thursday that it plans to use targeted temperature screening to prevent the disease from crossing its borders.

"Quarantine officers have the necessary training and equipment, including temperature monitoring devices, to conduct a health assessment and determine whether additional health measures are required," Dr. Gregory Taylor, the head of Canada's Public Health Agency, said in a statement.

Also today, the U.S. military says it is ramping up its aid efforts in Liberia.

"Two different flights of MV-22 Osprey and KC-130 aircraft, along with U.S. Marines, will arrive to support the whole-of-government effort to contain Ebola," U.S. Army Capt. R. Carter Langston told the AP in an email.