Accessibility links
Pakistani Teen Malala Yousafzai Shares Nobel Peace Prize : The Two-Way The activist who was shot by Taliban militants for promoting education for girls shares the prize with Kailash Satyarthi, an Indian campaigner against the exploitation of children. 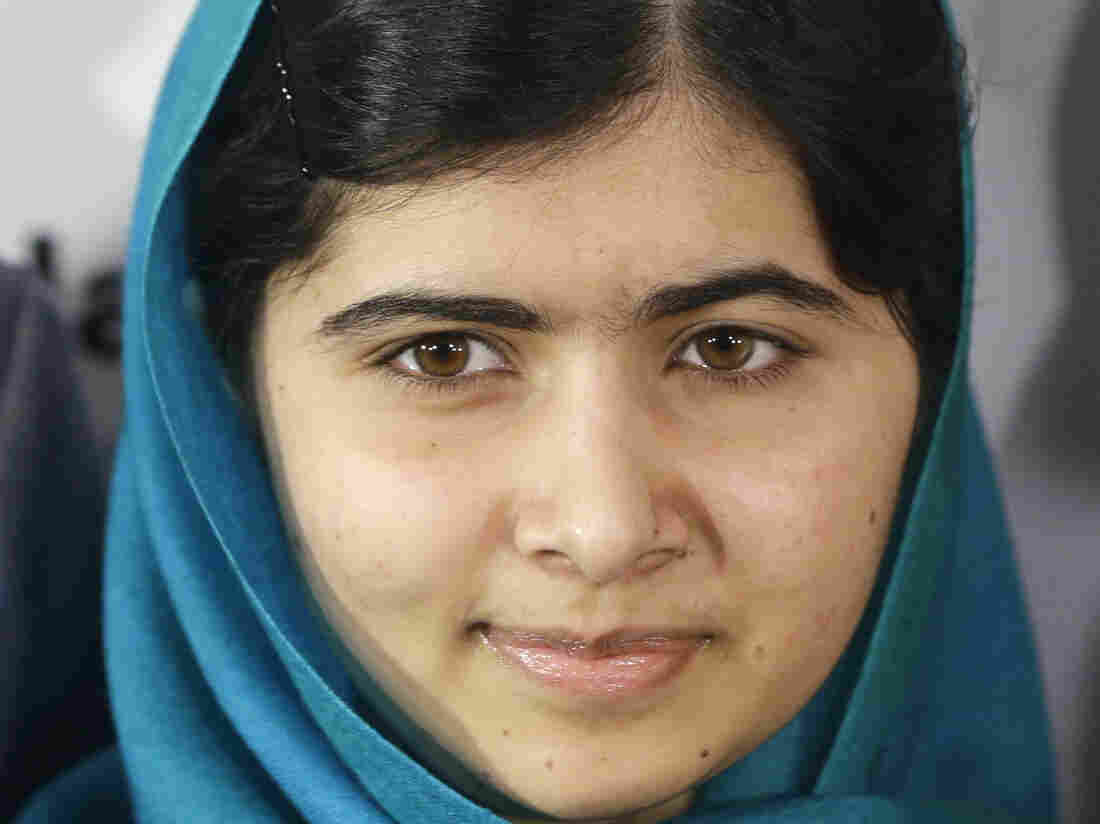 Malala Yousafzai poses for photographs in New York. Yousafzai, who survived being shot by the Taliban because she advocated education for girls, has been been named one of two recipients for the 2014 Nobel Peace Prize. Frank Franklin II/AP hide caption 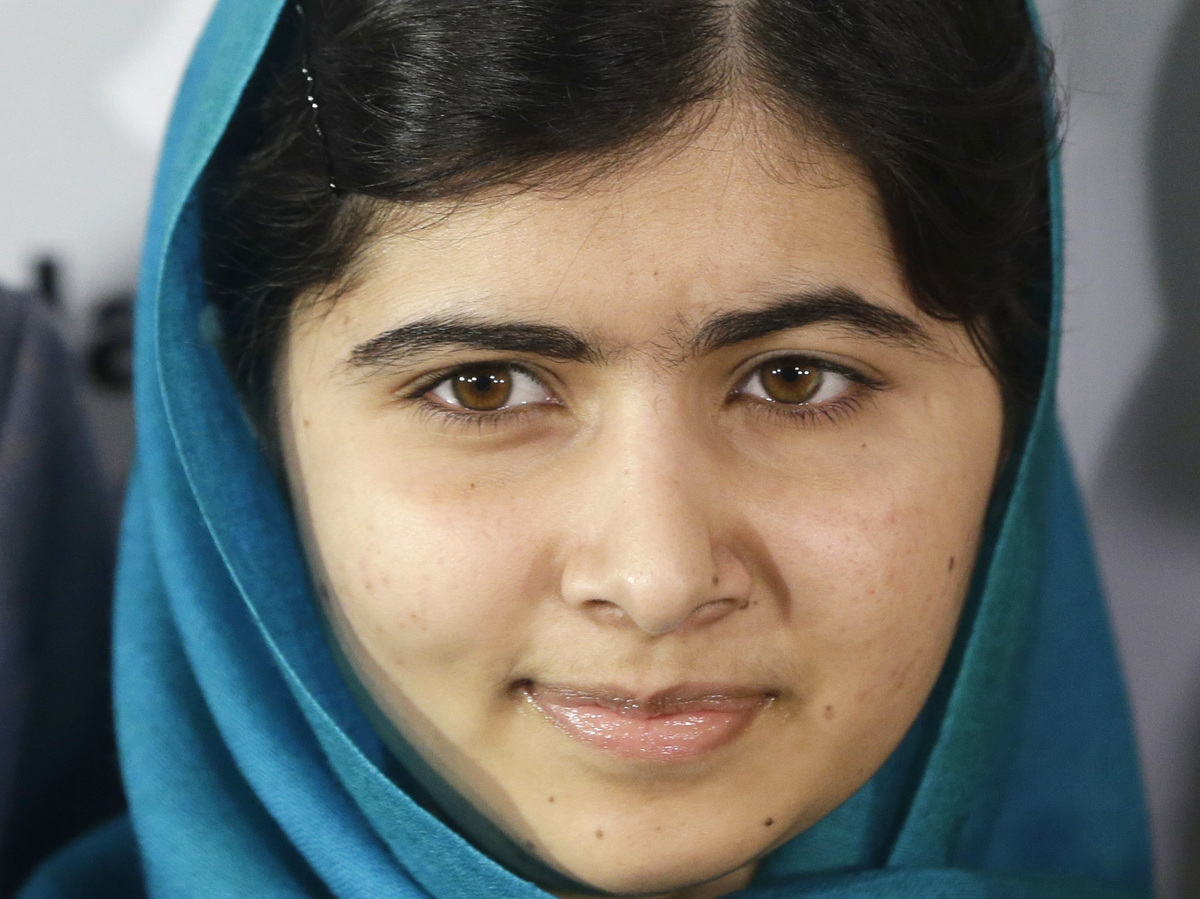 Malala Yousafzai poses for photographs in New York. Yousafzai, who survived being shot by the Taliban because she advocated education for girls, has been been named one of two recipients for the 2014 Nobel Peace Prize.

Malala Yousafzai, the Pakistani teen who was attacked by Taliban militants for promoting education for girls, will share the 2014 Nobel Peace Prize with Kailash Satyarthi, an Indian campaigner against exploitation of children.

"Showing great personal courage, Kailash Satyarthi, maintaining Gandhi's tradition, has headed various forms of protests and demonstrations, all peaceful, focusing on the grave exploitation of children for financial gain. He has also contributed to the development of important international conventions on children's rights.

"Despite her youth, Malala Yousafzai has already fought for several years for the right of girls to education, and has shown by example that children and young people, too, can contribute to improving their own situations. This she has done under the most dangerous circumstances. Through her heroic struggle she has become a leading spokesperson for girls' rights to education." 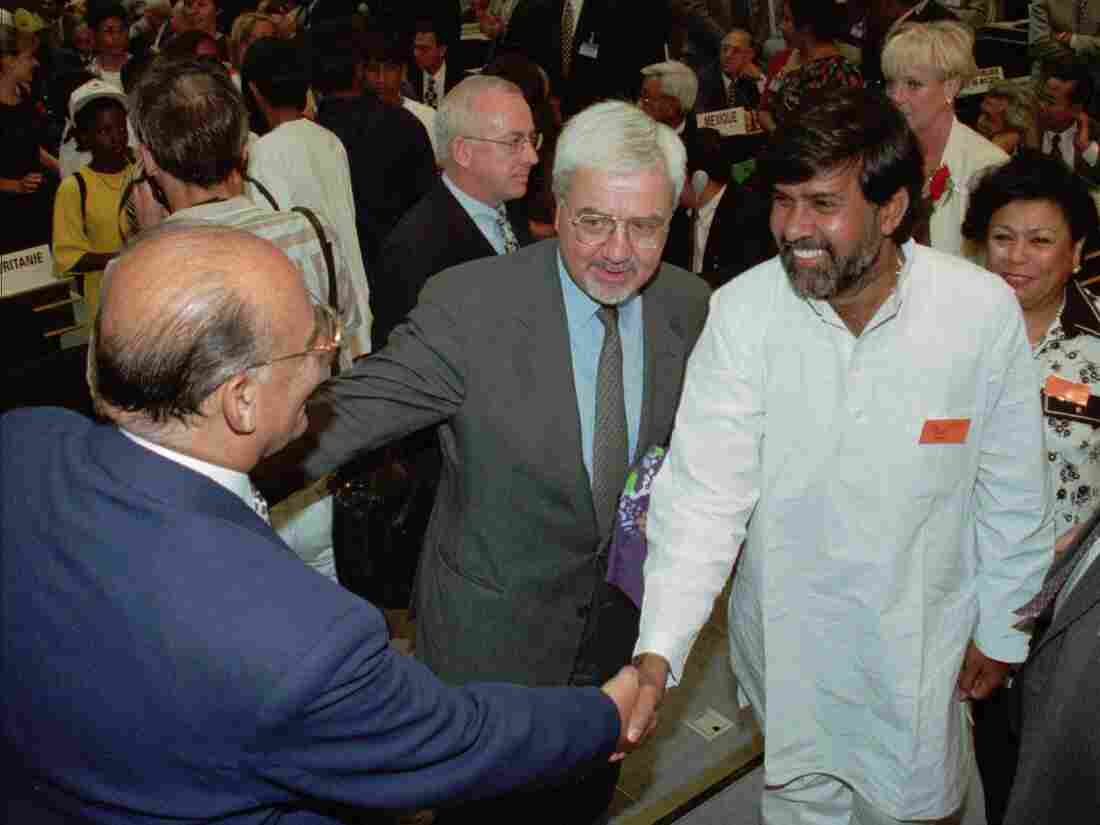 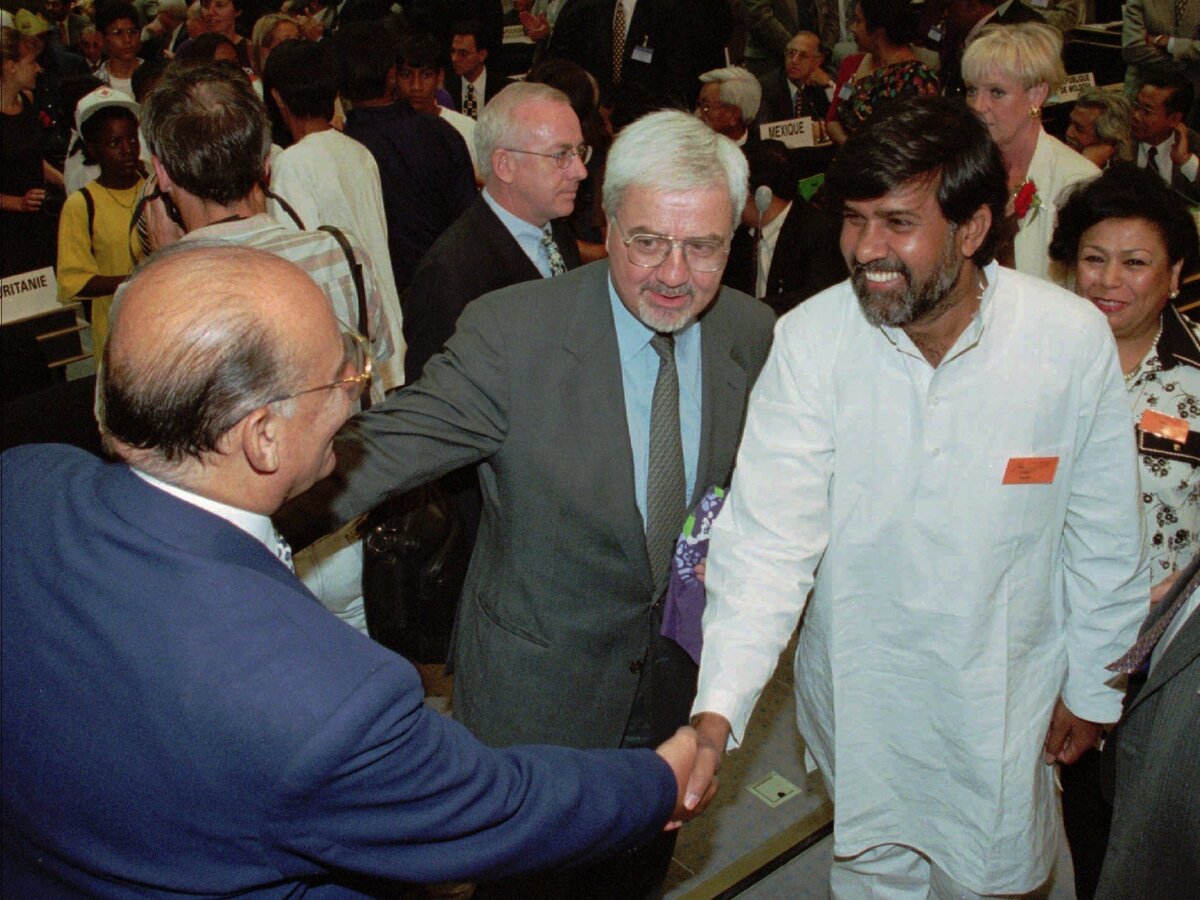 Kailash Satyarthi (in white) greets U.N. officials at a meeting in Geneva in 1998.

Yousafzai, 17, defied the Taliban in her town of Mingora in Swat Valley, near the volatile western frontier dividing Pakistan and Afghanistan. In October 2012, Taliban militiamen boarded a school bus she was on, singled her out and shot her in the left side of the head. Two other girls were also wounded in the attack.

Left in critical condition, Yousafzai received an outpouring of international support and was moved to the U.K. for treatment.

"Malala battled for her life, and came back to become an international ambassador for the rights of girls to be educated," NPR's Julie McCarthy says.

In July 2013, Yousafzai addressed the United Nations, telling delegates that the Taliban "thought that bullets would silence us, but they failed.

"The terrorists thought that they would change my aims and stop my ambitions," she said defiantly, "but nothing changed in my life, except this: Weakness, fear and hopelessness died. Strength, power and courage was born."

She is a previous recipient of the Sakharov Prize and was first nominated for the Peace Prize last year. She now lives in Birmingham, England, but the Taliban have threatened to target her again.

Yousafzai is the youngest-ever Nobel laureate.

Speaking in Birmingham hours after the award was announced, Yousafzai said she was in chemistry class when her teacher informed her she'd won.

"I decided not to leave school," the education campaigner said. "I treated it like a normal day."

She called the Peace Prize a "precious award" and "a great honor" and said her co-recipient, Satyarthi, "totally deserved" the prize.

"This is not the end. This is really the beginning. I want to see every child going to school," she said.

Satyarthi, 60, is a longtime activist against child labor and for better education of children in South Asia. In his 20s, he gave up a career as an electrical engineer and "dedicated his life to helping the millions of children in India who are forced into slavery by powerful and corrupt business- and landowners," PBS writes.

"His original idea was daring and dangerous. He decided to mount raids on factories — factories frequently manned by armed guards — where children and often entire families were held captive as bonded workers.

"After successfully freeing and rehabilitating thousands of children, he went on to build up a global movement against child labor. Today Kailash heads up the Global March Against Child Labor, a conglomeration of 2000 social-purpose organizations and trade unions in 140 countries."

"Since 1980, he has led the rescue of over 75,000 bonded and child slaves in India and developed a successful model for their education and rehabilitation. Kailash has emancipated thousands of children from bonded labor, a form of slavery where a desperate family typically borrows needed funds from a lender (sums as little as $35) and is forced to hand over a child as surety until the funds can be repaid," the RFK Center says.

Speaking to NPR in 2011, Satyarthi decried the rise of female feticide — or so-called selective abortions — in India, explaining: "The parents feel that the boy is a help for the future, where the girl is a liability.

"If we spend money on her, then we have to spend money on her marriage, dowry probably, and then if something goes wrong, then we are always sufferers. So better that that girl is not born," he said, explaining the reasoning of some parents in India.