Accessibility links
Ebola Deaths Top 4,000; Screening Begins At New York's JFK Airport : The Two-Way The screening procedure will include passengers having their temperature taken with non-contact thermometers and answering questions to determine their potential exposure. 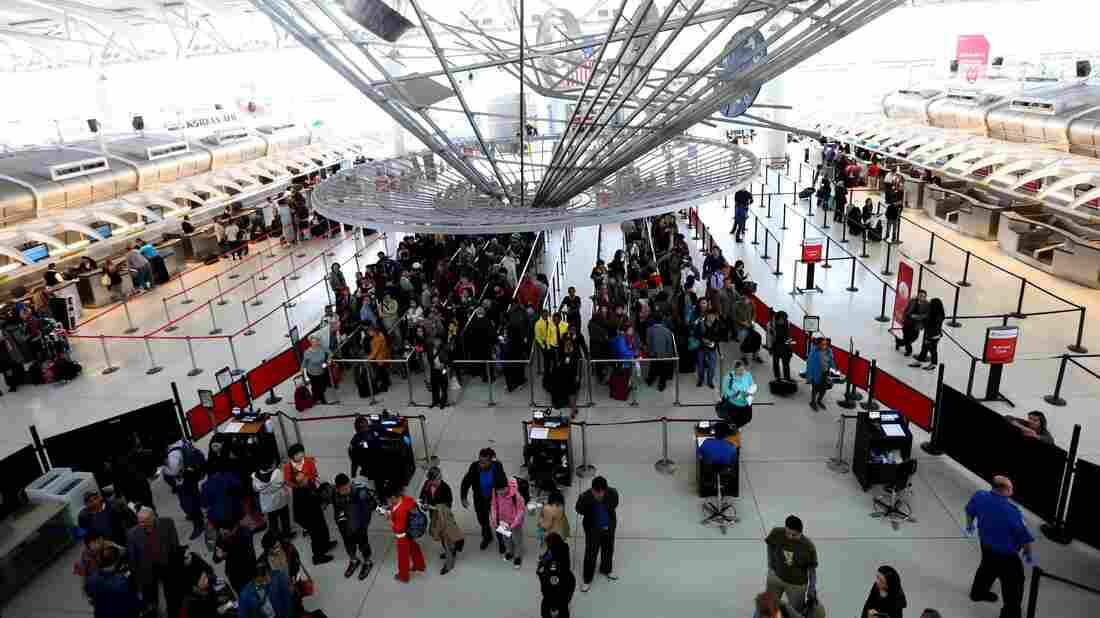 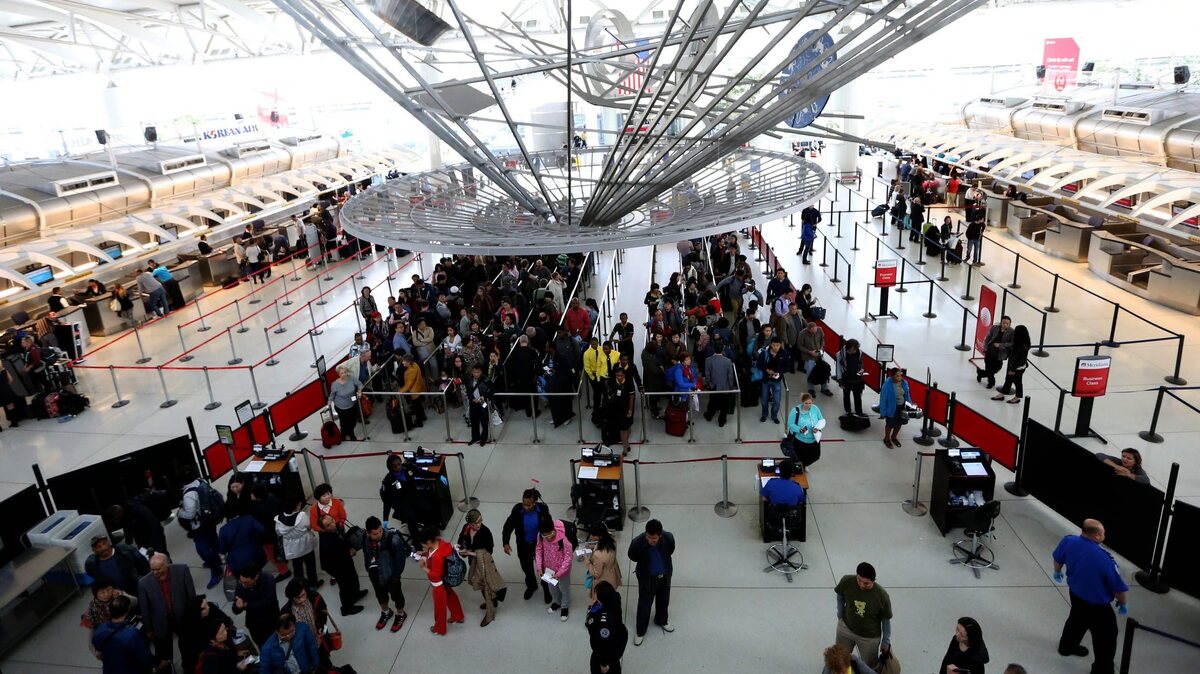 Passengers from three West African countries will face screening for Ebola symptoms when they arrive at John F. Kennedy International Airport in New York. Travelers are seen here at a JFK checkpoint earlier this week. Four other airports will begin screening next week.

Officials at five busy U.S. airports are putting in place screening measures meant to prevent the spread of the deadly Ebola virus. Screening began at JFK Airport today; it will start at other international airports next week.

The push comes as the Centers for Disease Control and Prevention announced the outbreak has killed at least 4,024 people in Liberia, Sierra Leone and Guinea.

The screening procedure will include passengers having their temperature taken with non-contact thermometers and answering questions to determine their potential exposure. Here are more details:

The list of origin countries does not include Nigeria, which currently has 20 Ebola cases; the CDC says officials have contained the disease there.

The CDC and U.S. announced the new procedures Thursday — the same day that the first Ebola patient died on U.S. soil. Thomas Eric Duncan died in Texas nearly three weeks after he traveled to the United States from Liberia; his itinerary included the Dulles airport, which is on the new screening list.

"But some public health officials say the procedures are unlikely to prevent anyone with Ebola from entering the country," NPR's Joel Rose reports. "They probably would not have stopped Thomas Eric Duncan, the first man diagnosed with Ebola in the U.S. He had no symptoms when he flew from Liberia to Dallas last month."

As the CDC notes, airports in Liberia, Sierra Leone and Guinea have screened 36,000 potential travelers in the past two months. In that time, 77 people were kept off flights, the agency says, but none had Ebola; many of them were diagnosed with malaria.

"There's no approved medicine on the market to treat Ebola," as NPR's Jason Beaubien reported Friday, when he told the story of a Liberian doctor who developed his own regimen for treating the disease, using the antiviral drug lamivudine and other measures.

Duncan's case has led to many questions, from general ones about how America would stop the internal spread of Ebola to very specific ones about why Duncan was sent home from Texas Health Presbyterian Hospital two days before he was admitted and diagnosed with the deadly virus.

According to member station KERA, Duncan's family might take legal action over his treatment; a family spokeswoman announced that possibility Friday, citing details such as the drugs Duncan received and his condition during the initial exam, when he reportedly had a 103-degree fever.

The Ebola outbreak has raised tensions in many areas — including on flights that don't go anywhere near Africa. As the Two-Way reported Friday, after a passenger joked about spreading Ebola on a flight from Philadelphia to Punta Cana, Dominican Republic, he was taken off the plane by agents in hazmat suits.