Accessibility links
North Carolina And Alaska Issue Same-Sex Marriage Licenses : The Two-Way A shift in the two states is among the cascading effects of the Supreme Court's refusal to review any appeals in same-sex marriage cases in its current term. 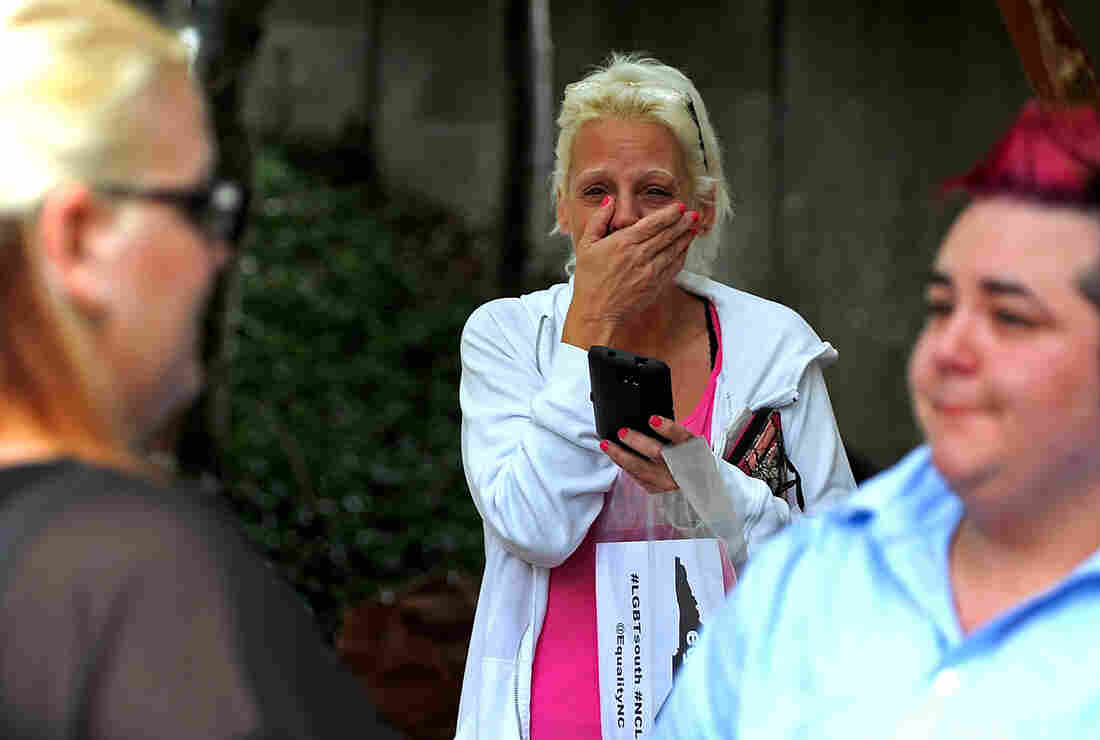 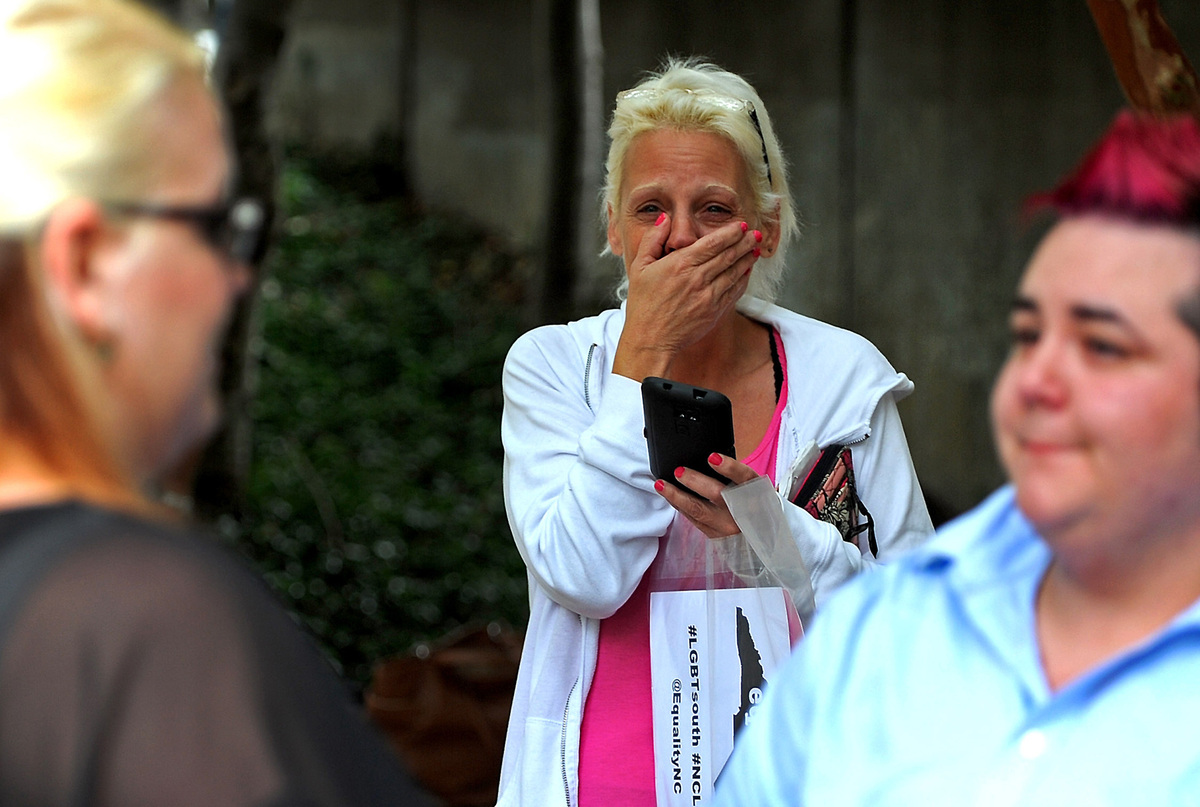 Same-sex couples in Alaska and North Carolina are receiving marriage licenses, after courts in those states recently overturned bans on gay marriage. The two states are part of the cascading effects of the Supreme Court's refusal to review any appeals in same-sex marriage cases in its current term.

Some couples say they're rushing to marry out of concern that future rulings could go against them; others are merely pouncing on an opportunity they had long awaited.

In North Carolina, a few counties began issuing the licenses to same-sex couples late Friday, after a federal judge in Asheville struck down the state's ban. Member station WUNC has been reporting on the weddings that followed.

By the time the Mecklenburg County Register of Deeds opened at 8 a.m. this morning in Charlotte, about 20 couples were already waiting in line, according to member station WFAE.

In Alaska, a federal judge overturned the state's ban Sunday, clearing the way for couples to get their licenses this week.

"Courtney Lamb and Stephanie Pearson were part of the lawsuit seeking to overturn the gay marriage ban. They were first in line in Anchorage to apply for a marriage license.

"She said, 'It feels very surreal. I've been out since I was 17 and I had no idea this day would come in my lifetime.'

"Alaska's governor says he'll appeal the decision, even though the 9th Circuit Court of Appeals, which oversees Alaska, already overturned bans in Nevada and Idaho."

Citing an advocacy group in North Carolina, The Charlotte Observer says some couples are planning weddings "in part due to a fear that more legal obstacles might present themselves later Monday or in coming days."

The newspaper notes that at least three opponents of same-sex marriage protested today as wedding ceremonies were held outside the register of deeds office — but it says tensions were eventually calmed by supporters' cheers "and by spontaneous renditions of the Beatles' 'All You Need is Love.' "