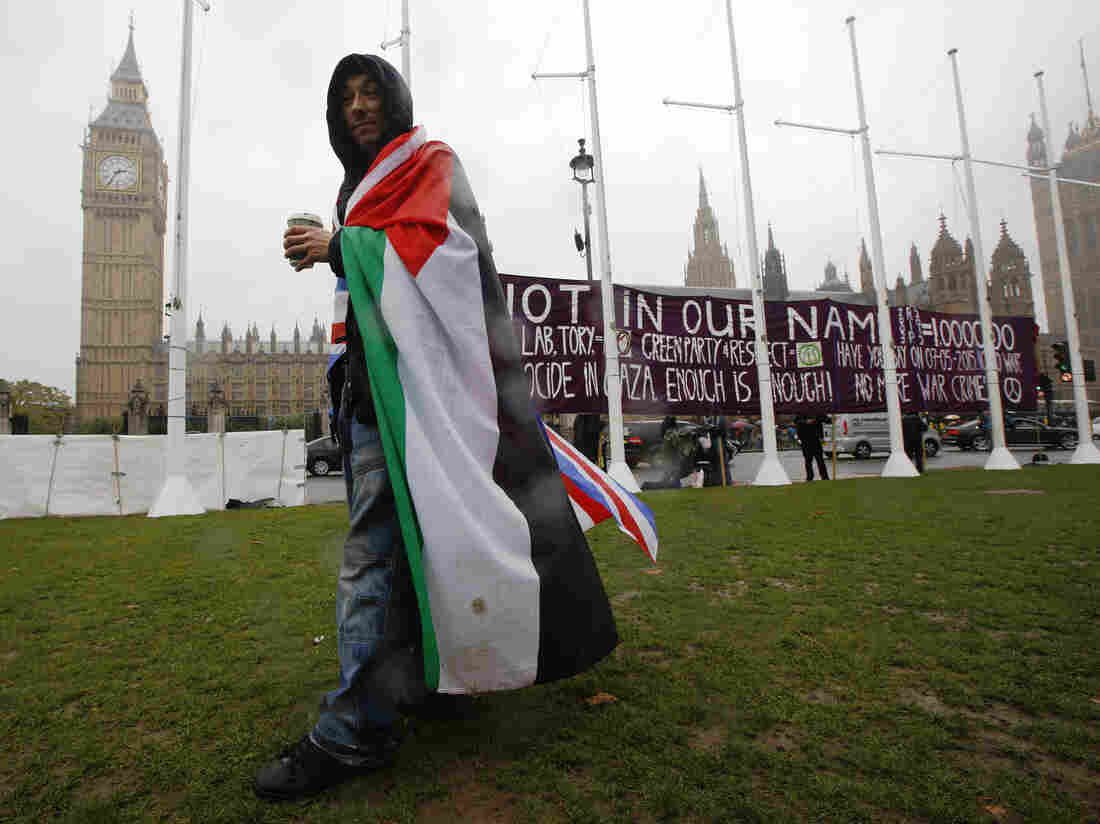 A man wears a Palestinian and Union flag outside the Houses of Parliament in London on Monday to show his support for the symbolic vote. Luke MacGregor/Reuters/Landov hide caption 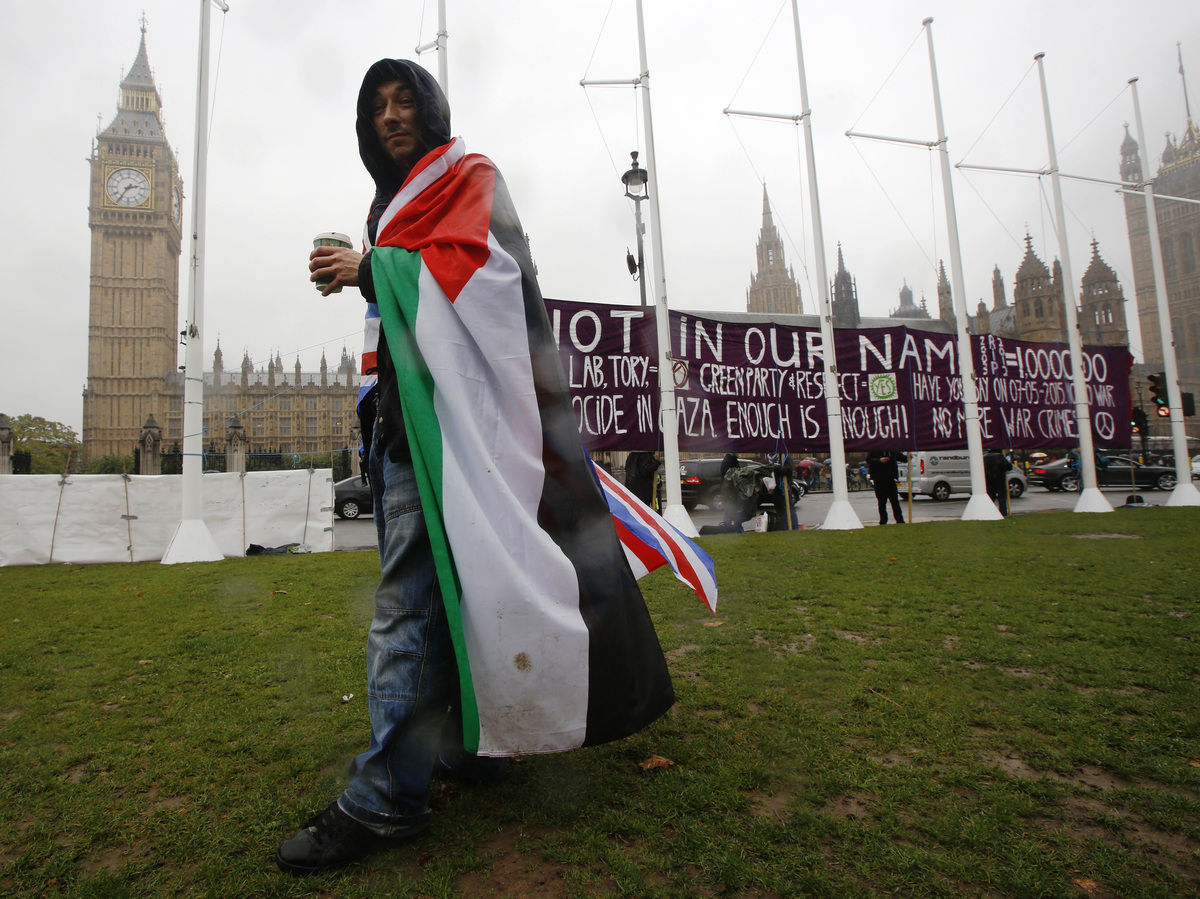 A man wears a Palestinian and Union flag outside the Houses of Parliament in London on Monday to show his support for the symbolic vote.

Britain's Parliament has voted to support the recognition of a Palestinian state in a symbolic vote that follows a similar move by Sweden.

The BBC says the 274-to-12 vote in the House of Commons is being described by the chamber " 'as a contribution to securing a negotiated two-state solution' — although less than half of MPs took part in the vote."

The Independent writes that the nonbinding resolution urges the government to "recognise the state of Palestine alongside the state of Israel" as part of a "contribution to securing a negotiated two-state solution."

According to the newspaper:

"Support for the motion, while symbolic, marks a significant change in the political landscape, following the failure of successive peace negotiations and the bitter conflict in Gaza over the summer.

"Significantly Labour whipped its MPs to vote in favour of the resolution, raising the prospect that the party would defy Israel's wishes and recognise Palestine as a state should it come to power at the next election."

"Prime Minister David Cameron abstained from the vote, which was called by an opposition lawmaker, and Cameron's spokesman earlier said that foreign policy would not be affected whatever the outcome.

"However, the vote was closely watched by Palestinian and Israeli authorities who are seeking to gauge European countries' readiness to act on Palestinian hopes for unilateral recognition by U.N. member states."

"The British House of Commons' vote Monday came nearly 100 years after Britain issued its famous Balfour Declaration in 1917, which affirmed its support for establishing a home for the Jewish people in Palestine. Israel was founded in 1948.

As we reported earlier this month, Sweden's Prime Minister Stefan Lofven said his center-left government would recognize Palestine, although he did not say when that would occur.

More than 100 other countries have already recognized the Palestinian state.