Accessibility links
Kim Jong Un Makes First Public Appearance In More Than A Month : The Two-Way The North Korean leader's disappearance from the public eye led to speculation that he had suffered from a serious medical problem — or even a coup. New photos from state media show him using a cane. 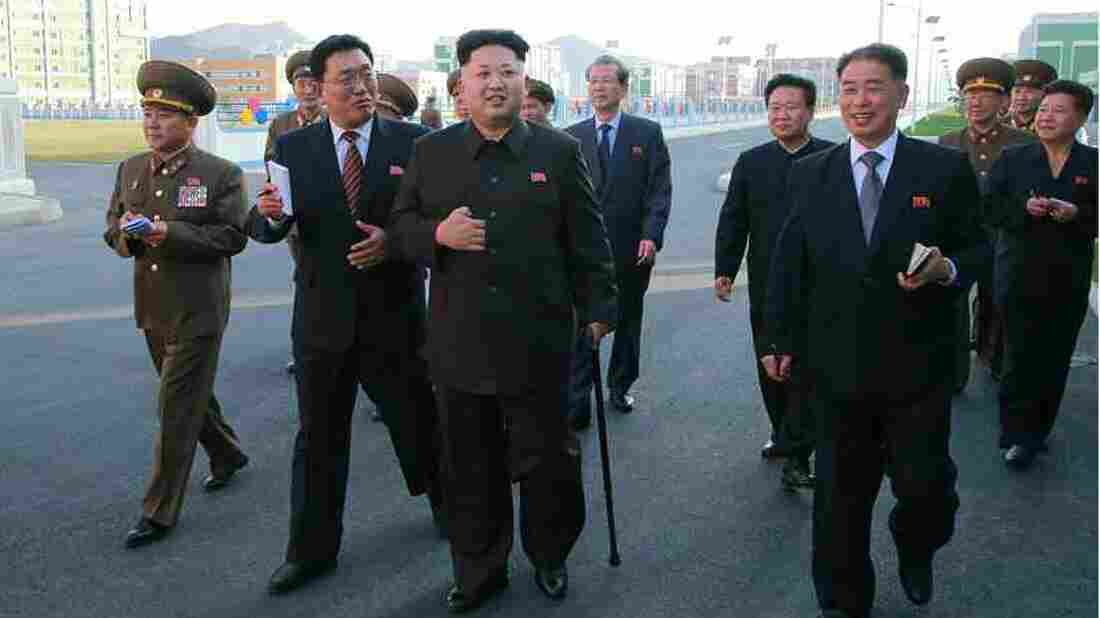 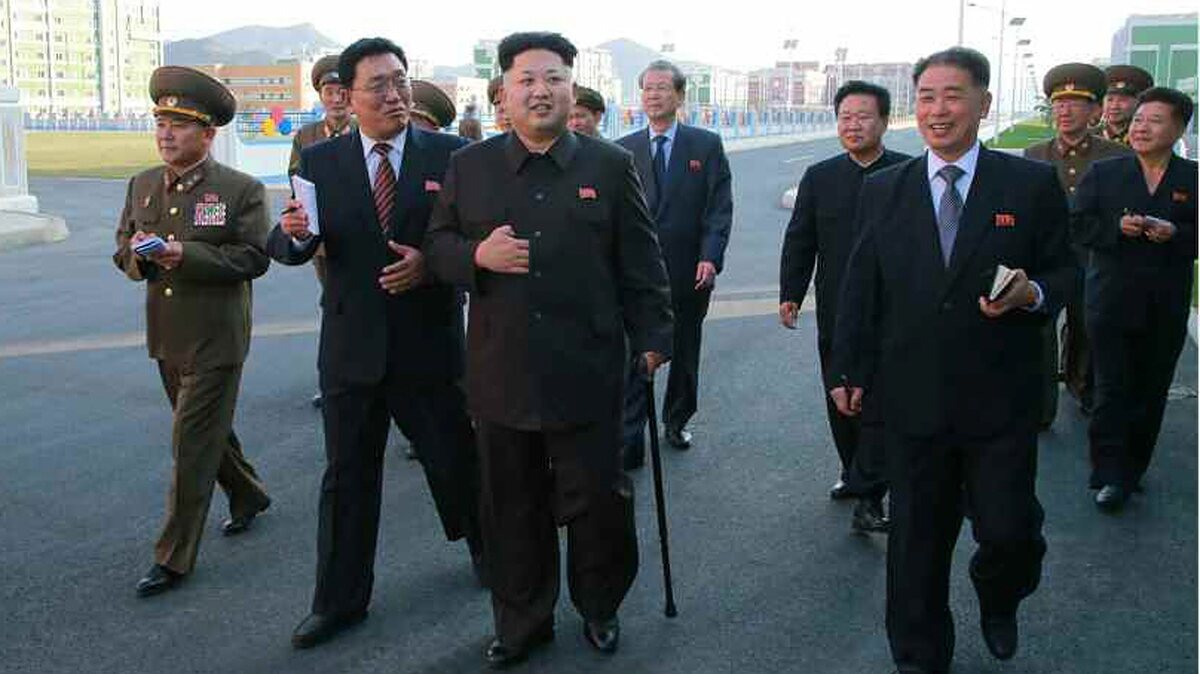 A photo released Monday by the Rodong Sinmun, newspaper of the ruling Workers' Party, shows North Korean leader Kim Jong Un walking with a cane as he visits a residential area in Pyongyang.

After 40 days of seclusion, North Korean leader Kim Jong Un has made a public appearance, an outing that could help quell rumors about his health and status. Kim visited a new housing complex, according to state media that released photos of the event — but without attaching a specific date to it.

North Korea has confirmed only that Kim has been in "discomfort." The newly released photos show Kim using a cane, possibly confirming theories that he underwent ankle surgery. More than a month ago, he was seen limping as he walked.

From the Korea Herald:

"Kim's visit to the newly built residential district for satellite engineers and a new energy research institute marked his first 'field guidance' trip since attending a concert on Sept. 3. The official Korean Central News Agency did not mention the date of the trip, but it was thought to have been Monday.

"In a photo carried in the Rodong Sinmun, a ruling Workers' Party mouthpiece, Kim looks vigorous, though he has apparently lost some weight and still relies on a cane. Seoul's intelligence officials speculated that he has gout and had surgery on his leg, with French doctors entering Pyongyang for his treatment."

Kim's disappearance from the public eye has led to speculation that included theories that he had suffered from a serious medical problem — or even a coup. The rumors increased on Friday, when the leader didn't attend a large celebration marking the 69th anniversary of the ruling Workers' Party.

Some of the theories were rounded up last week for The Two-Way by Krishnadev Calamur.