Accessibility links
Secret U.S. Space Plane To Land After 22 Months In Orbit : The Two-Way There are many theories about what exactly the unmanned X-37B is doing as it circles the Earth on long-duration missions.

Secret U.S. Space Plane To Land After 22 Months In Orbit

Secret U.S. Space Plane To Land After 22 Months In Orbit 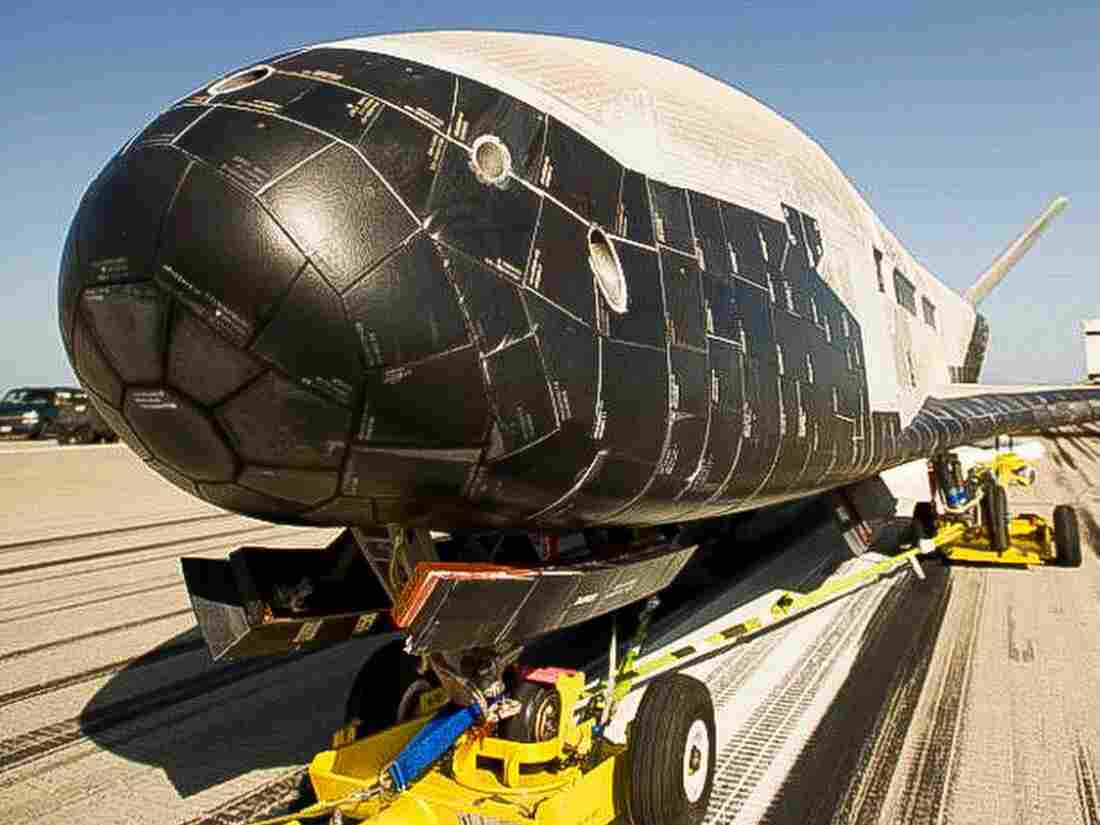 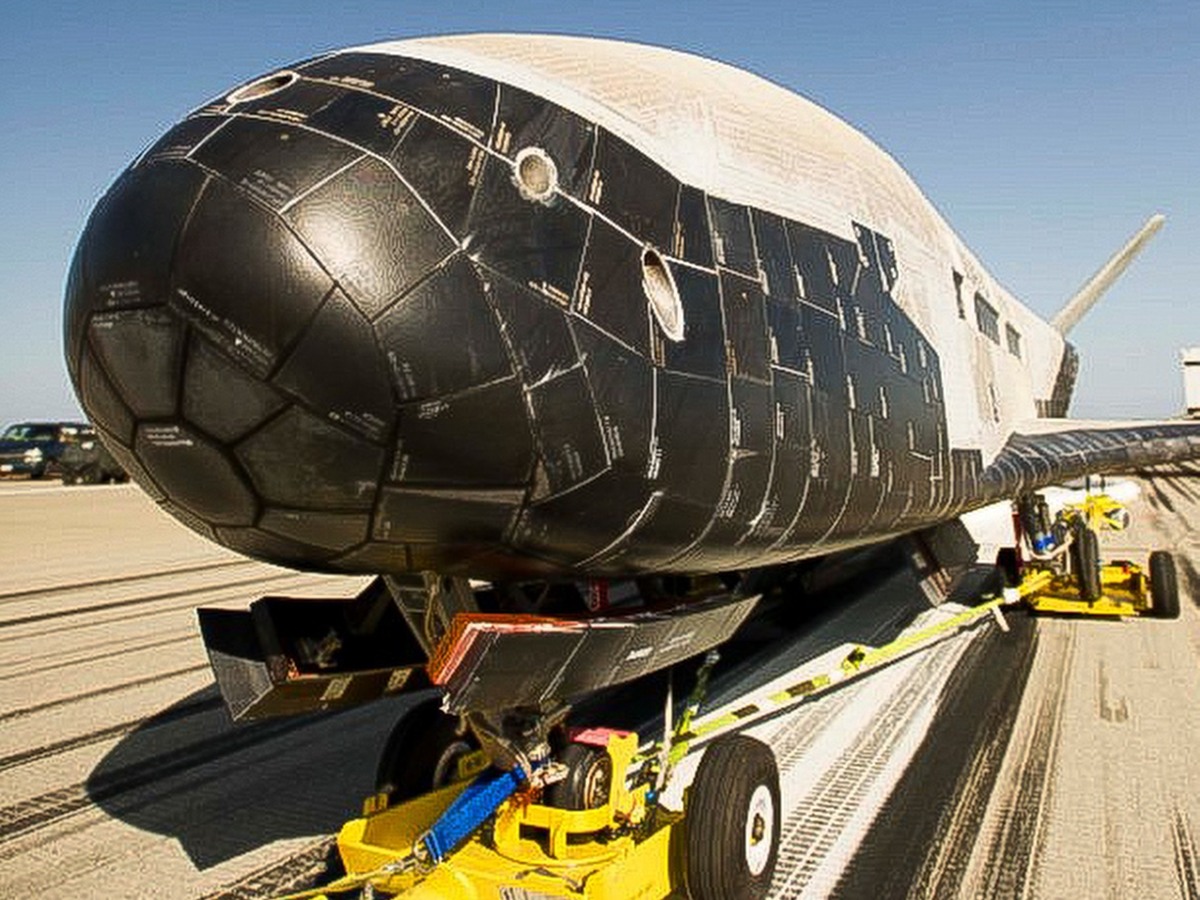 This photo released by Vandenberg Air Force Base on Monday shows the X-37B Orbital Test Vehicle, the Air Force's unmanned, reusable space plane, after it landed at Vandenberg from a previous orbital mission.

This much we know: It's not a bird and it's not exactly a plane.

Beyond that, the U.S. Air Force holds all the answers. The mission of the unmanned X-37B Orbital Test Vehicle, which is scheduled to touch down at Vandenberg Air Force Base in California Tuesday after 22 months in orbit, has been described only vaguely as "to gather more test data."

Built at Boeing's Phantom Works, the X-37B started life on drawing boards at NASA circa 1999, but the project was later transferred to the Air Force and first flew in April 2010. This is the third and longest-duration orbital mission. The Air Force has at least two such vehicles.

Here are just a few theories on what the X-37B might be about:

Popular Mechanics has a succinct take on this theory: Forget it.

The magazine quotes University of Maryland professor Mark Lewis, who once served as the Air Force's chief scientist, as saying the X-37B would require an impractical amount of thrust to maneuver over Earthly targets.

"If I can't get my alleged bomber to the right location to release its bomb, what good is it?" Lewis says.

The Secure World Foundation similarly concludes that the feasibility of such a system is zero.

Popular Science says: "It might ferry future troops into battle, taking them very high and then sending them back to Earth very fast. The fast transport mission doesn't match the most striking feature of the X-37B's performance, however, which is just how long it can stay in space. The space plane's first major trip into orbit lasted for seven months, and the plane's second kept it in space for 15 months. When it returns to Earth today ... it will have been 22 months since it left earth in December 2012."

The Secure World Foundation rates this possibility as low. SWF says: "Other platforms such as XSS-11 and MiTEx already have this capability and can stay on orbit for much longer," adding "X-37B is much larger than the XSS-11 or MiTEx, which increases the chances that an adversary would detect an unauthorized rendezvous."

This seems the most likely theory.

Back in 2010, The New York Times wrote that there were "clues that suggest the military craft is engaged in the development of spy satellites rather than space weapons, which some experts have suspected but the Pentagon strongly denies."

Popular Mechanics says "this theory could be correct":

"[A] a group of civilian satellite spotters tracking the second X-37B ... noted that the space plane's orbit takes it over countries including Iran, Afghanistan and Pakistan."