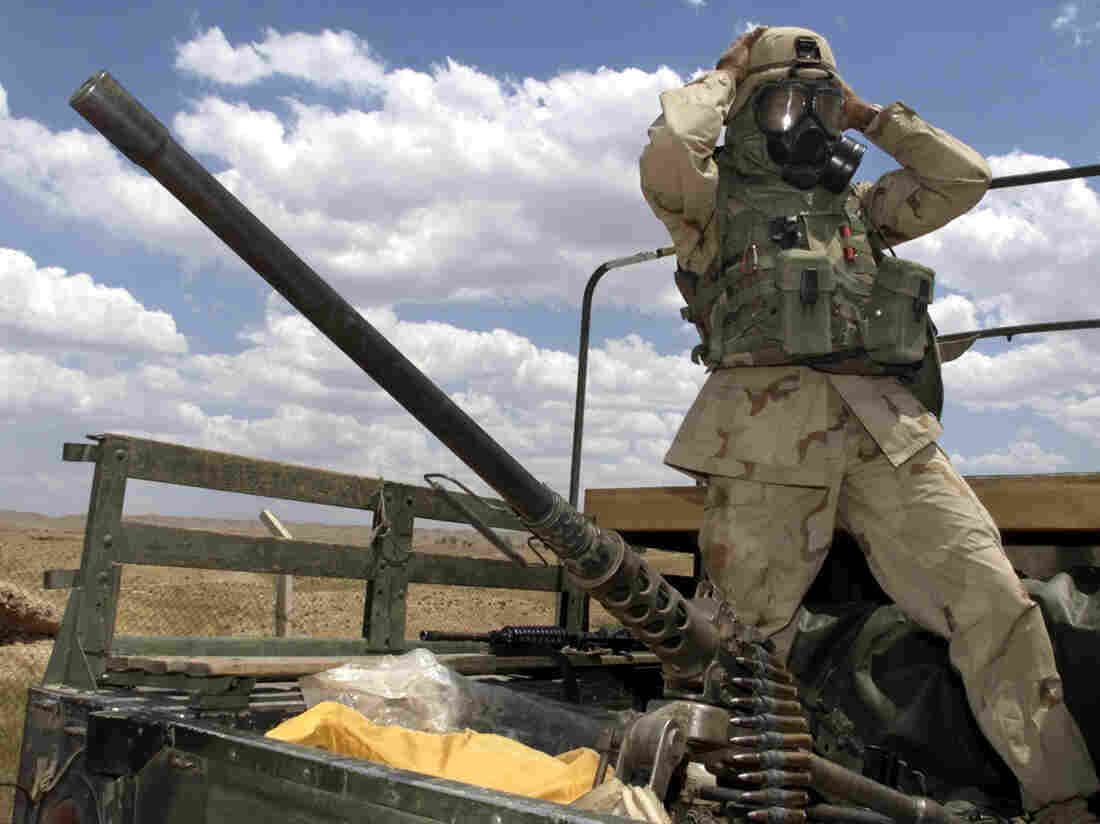 Soldier of U.S. Army 173rd Airborne Brigade prior to an air analysis mission near an oil and gas separation plant at the Baba Gurgur oil field outside northern Iraq's town of Kirkuk in May 2003. Shamil Zhumatov/Reuters/Landov hide caption 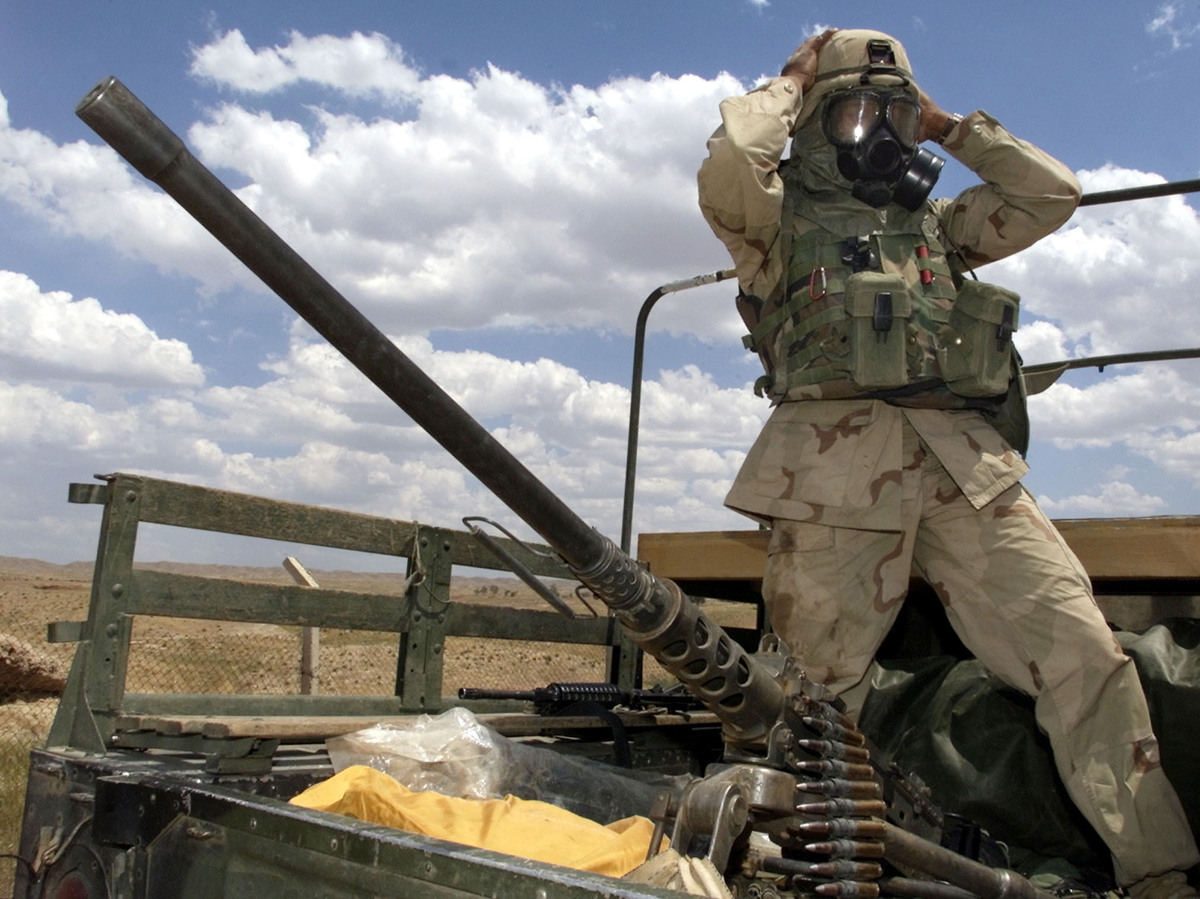 Soldier of U.S. Army 173rd Airborne Brigade prior to an air analysis mission near an oil and gas separation plant at the Baba Gurgur oil field outside northern Iraq's town of Kirkuk in May 2003.

The New York Times is reporting that on several occasions, U.S. forces involved in Iraq after the 2003 invasion came across aging stockpiles of chemical weapons and that several service members were injured by their exposure to toxic agents.

The Times reports in an extensive article:

"From 2004 to 2011, American and American-trained Iraqi troops repeatedly encountered, and on at least six occasions were wounded by, chemical weapons remaining from years earlier in Saddam Hussein's rule.

"In all, American troops secretly reported finding roughly 5,000 chemical warheads, shells or aviation bombs, according to interviews with dozens of participants, Iraqi and American officials, and heavily redacted intelligence documents obtained under the Freedom of Information Act."

The newspaper says it found 17 American service members and seven Iraqi police officers who were exposed to nerve or mustard agents following the 2003 invasion. "American officials said that the actual tally of exposed troops was slightly higher, but that the government's official count was classified," it says.

All of the weapons found, however, were produced prior to 1991 as part of a crash program started in the 1980s and meant to be used against neighboring Iran during an eight-year war between the two countries. "In five of six incidents in which troops were wounded by chemical agents, the munitions appeared to have been designed in the United States, manufactured in Europe and filled in chemical agent production lines built in Iraq by Western companies," the Times says.

The Times quotes a former Army sergeant who suffered from mustard burns in 2007 and was denied hospital treatment and medical evacuation as saying: "I felt more like a guinea pig than a wounded soldier."

According to the Times: "Congress, too, was only partly informed, while troops and officers were instructed to be silent or give deceptive accounts of what they had found. " 'Nothing of significance' is what I was ordered to say," said Jarrod Lampier, a recently retired Army major who was present for the largest chemical weapons discovery of the war: more than 2,400 nerve-agent rockets unearthed in 2006 at a former Republican Guard compound."

And, the Times adds:

"Many chemical weapons incidents clustered around the ruins of the Muthanna State Establishment, the center of Iraqi chemical agent production in the 1980s.

"Since June, the compound has been held by the Islamic State, the world's most radical and violent jihadist group. In a letter sent to the United Nations this summer, the Iraqi government said that about 2,500 corroded chemical rockets remained on the grounds, and that Iraqi officials had witnessed intruders looting equipment before militants shut down the surveillance cameras."