Accessibility links
Nigerian Truce With Boko Haram Raises Hopes For Schoolgirls' Release : The Two-Way The deal, announced by the country's defense chief, included negotiations for the release of more than 200 girls who were abducted by the extremist group in April. 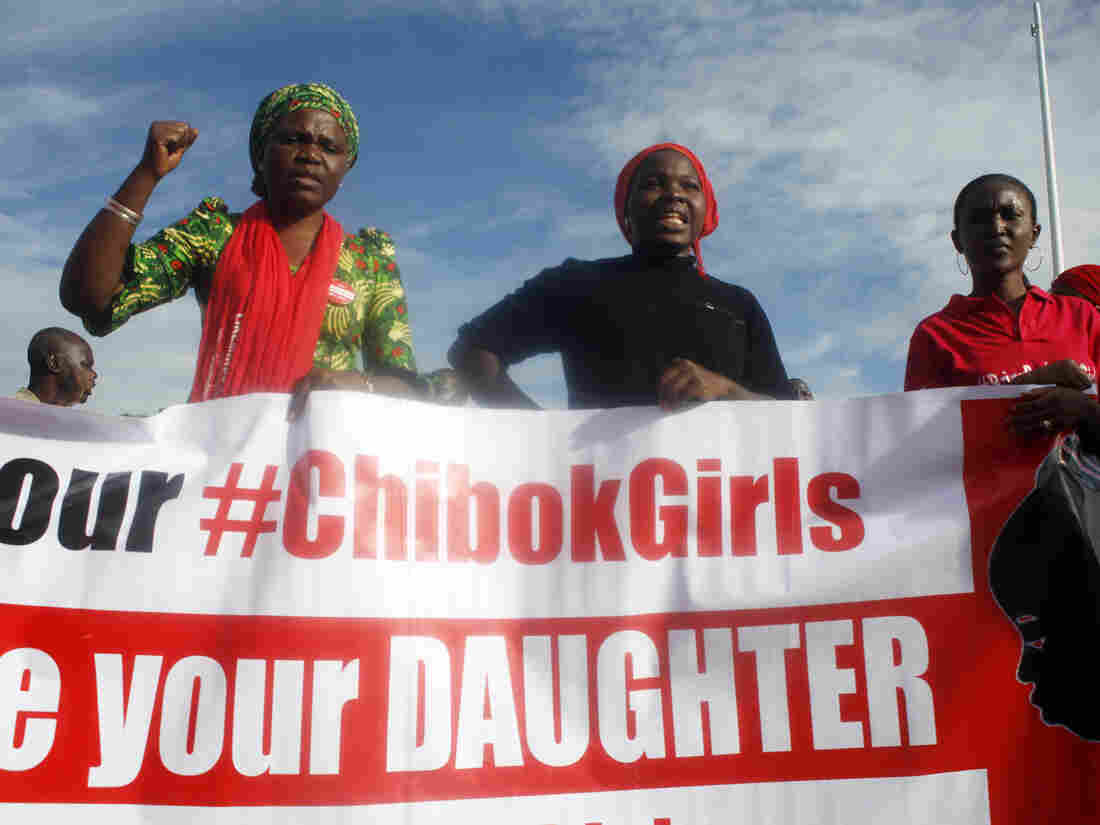 "Bring Back Our Girls" campaigners march during a rally calling for the release of the Abuja schoolgirls who were abducted by Boko Haram militants in Borno state in August. Reuters/Landov hide caption 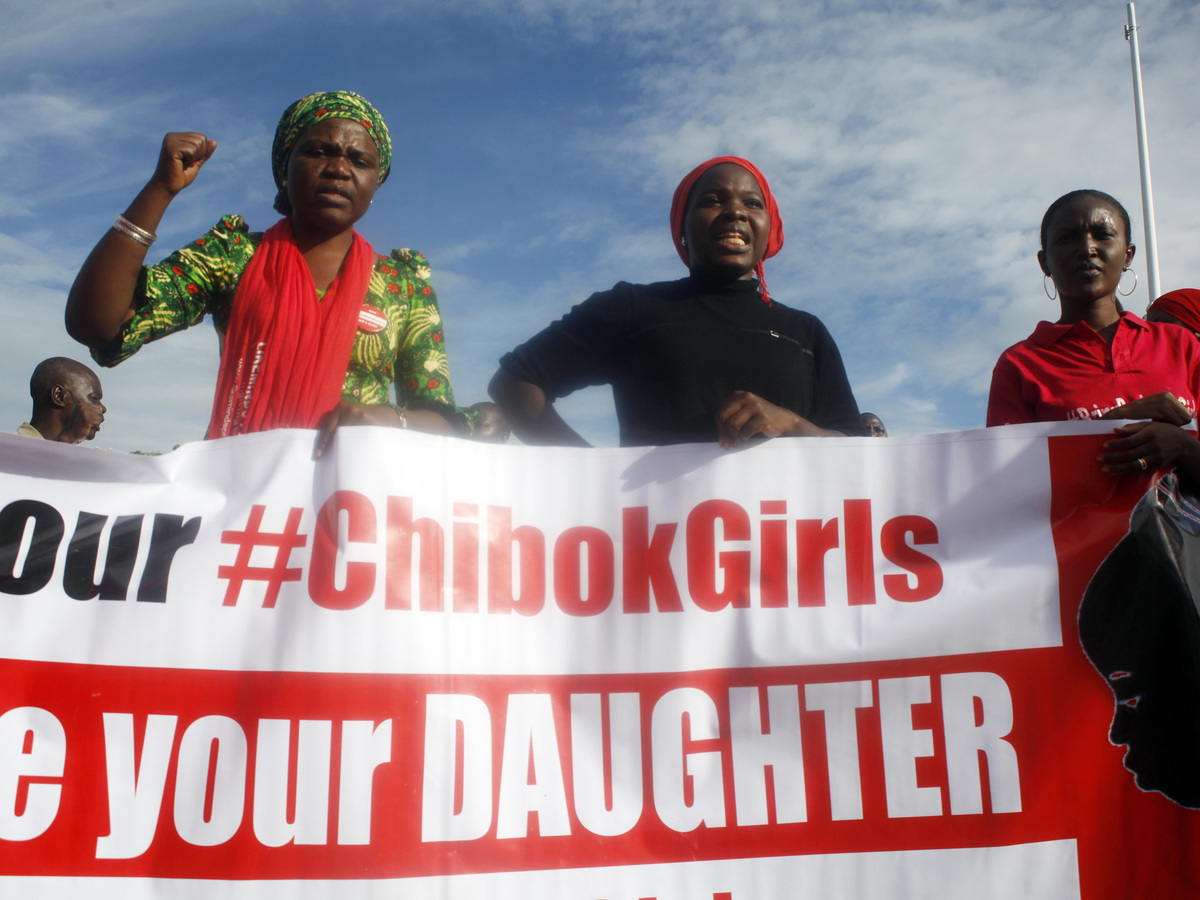 "Bring Back Our Girls" campaigners march during a rally calling for the release of the Abuja schoolgirls who were abducted by Boko Haram militants in Borno state in August.

Nigeria's army has reportedly reached a cease-fire deal with the extremist group Boko Haram that could lead to the release of more than 200 schoolgirls who were abducted in April and whose release quickly became an international cause.

According to NPR's Ofeibea Quist-Arcton, Nigeria's official news agency is quoting the country's defense chief, Air Marshal Alex Badeh, as saying a truce has been reached. Badeh announced the truce and ordered his troops to immediately comply with the agreement, according to The Associated Press.

"I wish to inform this audience that a cease-fire agreement has been concluded," Badeh said in a statement after three days of talks with the militant group, Reuters says.

At a news conference in the capital, Abuja, Mike Omeri, the government spokesman on the insurgency, said Boko Haram negotiators had assured the government "that the schoolgirls and all other people in their captivity are all alive and well."

"Already, the terrorists have announced a cease-fire in furtherance of their desire for peace. In this regard, the government of Nigeria has, in similar vein, declared a cease-fire," Omeri said.

According to AP, Omeri "confirmed there had been direct negotiations this week about the release of the abducted girls. Another official said the talks took place in neighboring Chad. He spoke on condition of anonymity because he is not authorized to talk to reporters."

However, as Ofeibea notes: "Many Nigerians remain skeptical about the reported truce, because earlier such announcements have amounted to nothing."

By way of background, AP writes:

"Boko Haram — the group's nickname means "education is sinful" — attracted international condemnation with the April 15 kidnapping of 276 girls and young women writing final examinations at a boarding school in the remote northeastern town of Chibok.

"Dozens escaped on their own in the first couple of days, but 219 remain missing. Their plight drew protests around the world with demands that the military and government get them free."

Presidential aide Hassan Tukur tells the BBC that he took part in the talks with Boko Haram negotiators and that the deal does includes release of the schoolgirls kidnapped six months ago.

"They said as far as they know, the Chibok girls are well and they will be handed over," Tukur said. "When we meet in the next one week, two weeks – the details will start to emerge."