Accessibility links
Vatican Bishops Scrap Opening To Gays, Divorced Members : The Two-Way Earlier this week an interim summary of the synod on family issues included conciliatory language on gays and on the taking of holy communion for divorced church members. 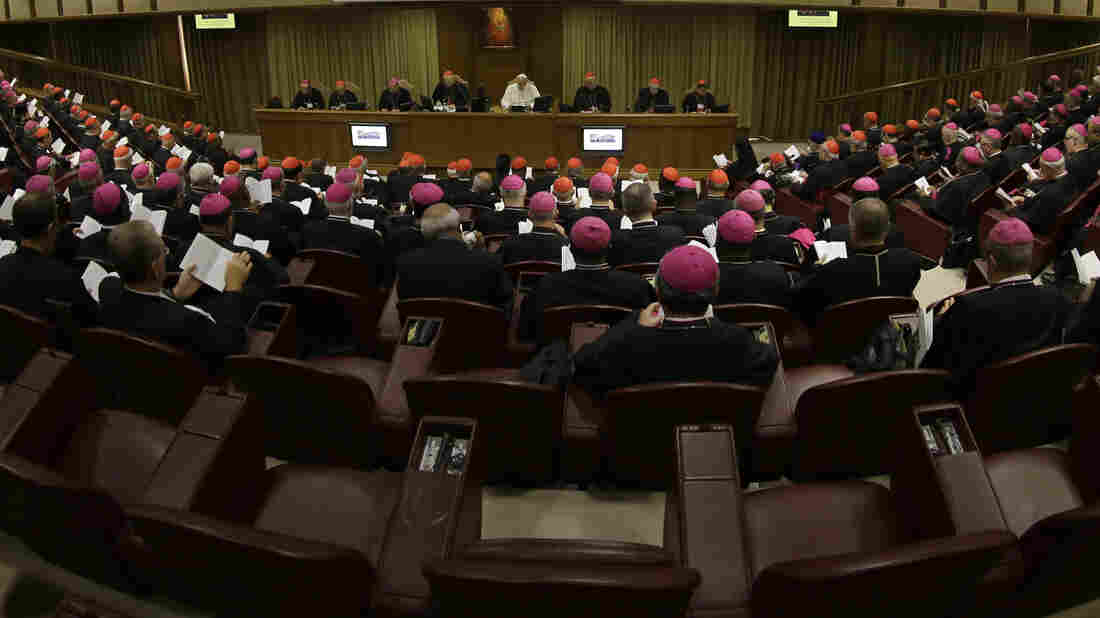 Pope Francis opens the morning session of a two-week synod on family issues at the Vatican, on Saturday. Andrew Medichini/AP hide caption 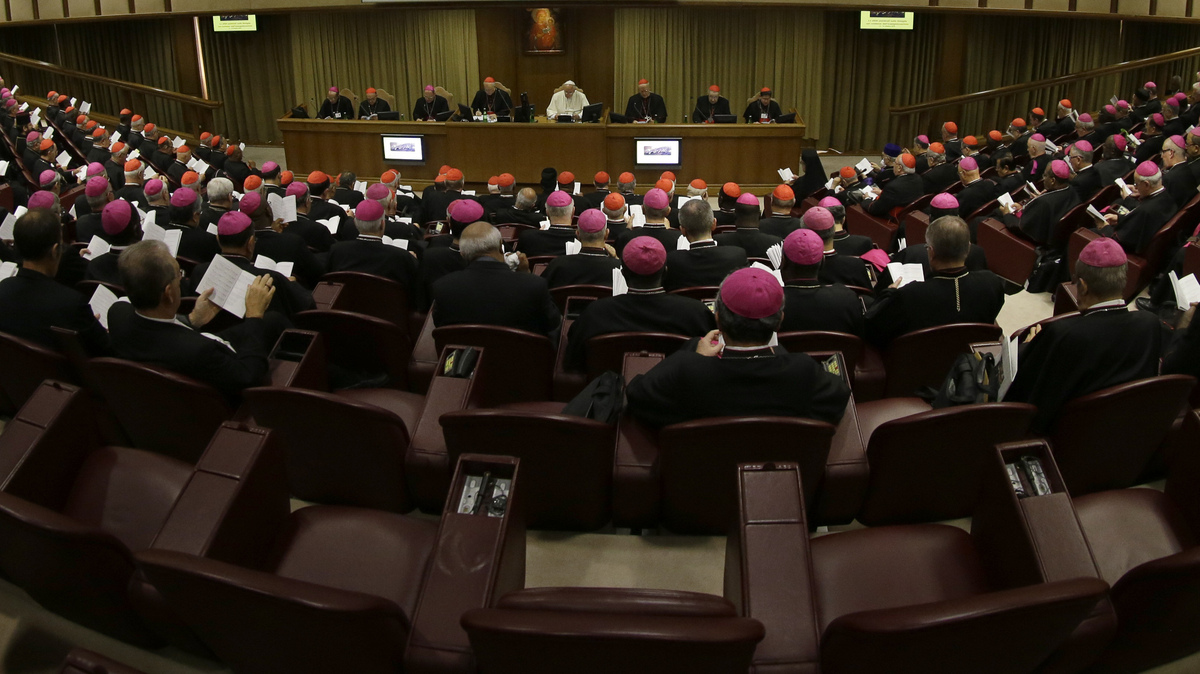 Pope Francis opens the morning session of a two-week synod on family issues at the Vatican, on Saturday.

A synod of Catholic bishops gathered at the Vatican has decided to eliminate a landmark opening to gays that had appeared in an interim summary of discussions made public earlier this week that had appeared to signal a possible shift in the tone of the church.

The move to scrap the message about gays, as well as one that would have signaled more acceptance of divorced church members, is seen as a sign of deep division in the ranks of the bishops.

"The bishops failed to approve even a watered-down section on ministering to gays that stripped away the welcoming tone contained in a draft document earlier in the week.

"Two other paragraphs concerning the other hot-button issue at the synod - whether divorced and civilly remarried Catholics can receive communion - also failed to pass."

According to the BBC: "The Pope said the full draft document, including the rejected paragraphs, should nonetheless be published.

"Correspondents say the text welcoming gay people and remarried Catholics had been watered down in the final version that was voted on - but it appears that they still met with resistance from conservatives.

"Speaking after the vote, Pope Francis told attendees he would have been 'worried and saddened' if there had not been 'animated discussions' or if 'everyone had been in agreement or silent in a false and acquiescent peace', AP news agency reported."

As The National Catholic Reporter's Vatican correspondent Joshua McElwee told NPR when Tuesday's preliminary summary was released, the bishops had said they wanted "to reach out to modern society and walk with people as they apply church doctrine alongside mercy."

But by the time of the their final report today, the language on gays and divorced members was gone.

Meanwhile, NPR's Sylvia Poggioli reports from Rome that the mayor of the Italian capital, Ignazio Marino, has defied the a law against gay marriage in the country by registering 16 same-sex marriages celebrated abroad.

"Marino said his decision ... is an important step in the fight for equal rights for all," Sylvia reports.

"The move came after the interior minister, Angelino Alfano, sent a notice to local prefects saying registrations of gay marriages would be voided," Sylvia says. "Registrations had already been under way in several Italian municipalities, including Milan and Bologna."