Accessibility links
Fashion Icon Oscar De La Renta Dies At 82 : The Two-Way De la Renta died Monday, according to a statement from his family. The Dominican designer was a ground-breaker in the industry. 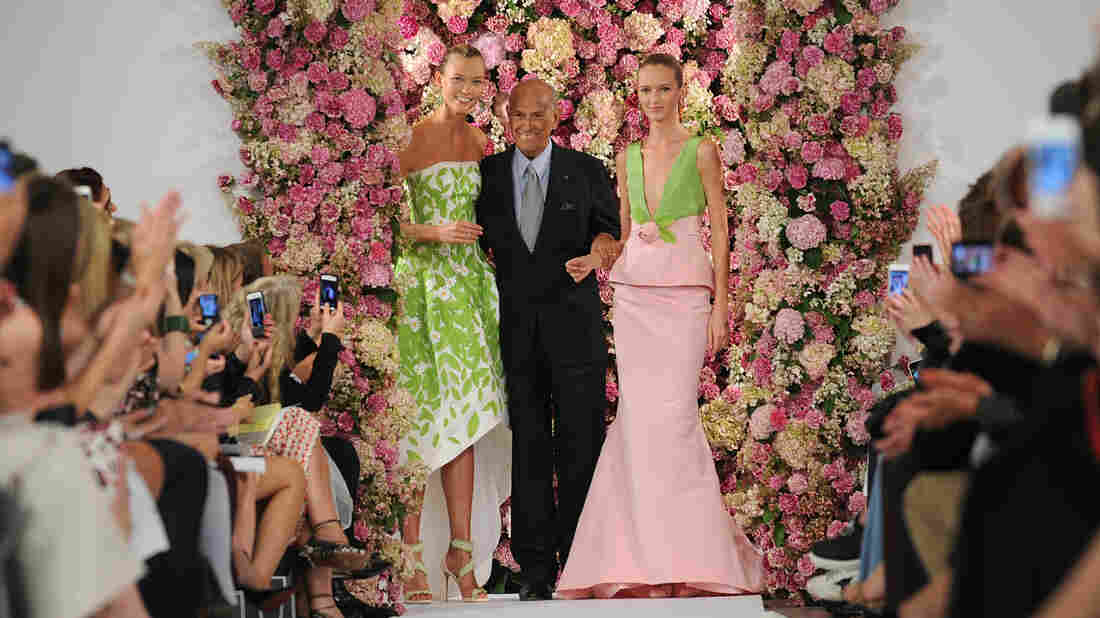 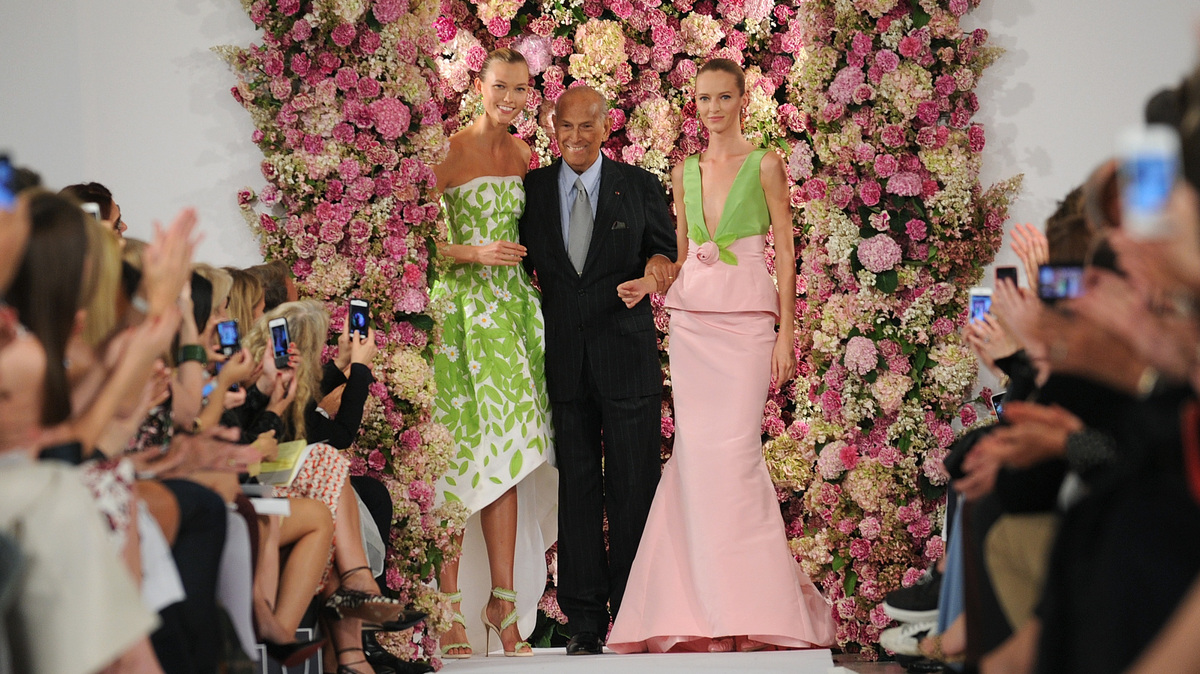 Fashion designer Oscar de la Renta, who designed gowns for first ladies and for Hollywood stars died Monday at his home in Connecticut. He was 82.

A statement from de la Renta's stepdaughter and her husband, Eliza Reed Bolen and Alex Bolen, did not give a cause of death, though the designer had been treated for cancer.

"While our hearts are broken by the idea of life without Oscar, he is still very much with us. Oscar's hard work, his intelligence and his love of life are at the heart of our company," the statement read. "All that we have done, and all that we will do, is informed by his values and his spirit. Through Oscar's example we know the way forward. We will make Oscar very proud of us by continuing in an even stronger way the work that Oscar loved so much." 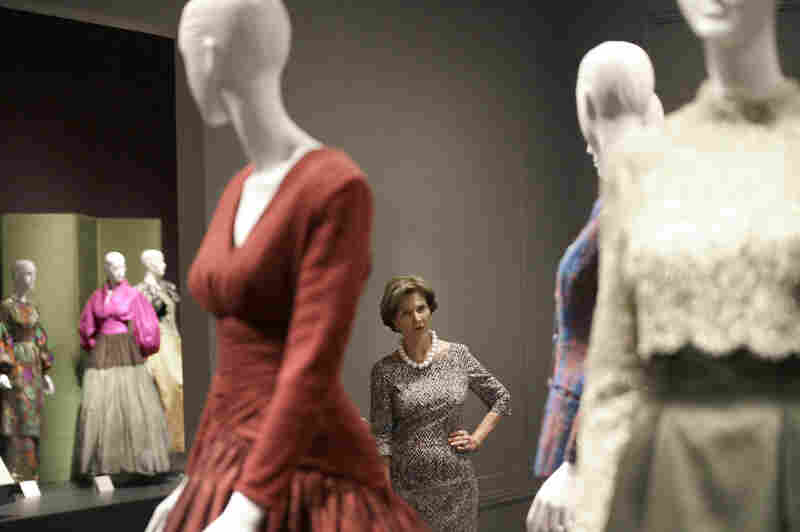 Former first lady Laura Bush with Oscar de la Renta outfits on display in Dallas in July for a retrospective on the designer's career at the George W. Bush Library and Museum. LM Otero/AP hide caption

"Though ill with cancer intermittently for a decade, Mr. de la Renta was resilient. During that period, his business grew by 50 percent, to $150 million in sales, as his name became linked to celebrity events like the Oscars. Amy Adams, Sarah Jessica Parker and Penélope Cruz were among the stars who wore his dresses.

"Recently his biggest coup was to make the ivory tulle gown that Amal Alamuddin wore to wed George Clooney in Venice."

Vogue wrote a piece about Alamuddin's dress, which includes a photo of de la Renta at her final fitting.

The Washington Post notes that the Dominican-born de la Renta was a ground-breaker in the industry:

"He was the first Latino to be accepted into the exclusive ranks of Parisian fashion houses. Later as a U.S. citizen, he became the first American to design for a French couture house."

"I think one of the magical things about him was that he had a certain charm and charisma, and in many ways it's something that you don't really see anymore. I mean, the last time I interviewed him I recall that he apologized because he had taken off his tie. I mean, who does that? I don't think I've ever seen him in anything other than a suit. So there was a sense of propriety about him, but at the same time he had a wicked sense of humor. He loved a good, dishy story. ... He would absolutely gossip in a wonderful, funny, sort of naughty way. And you know, I think that sort of endeared him to women, because he was good fun to be around."

The fashion label's website was replaced with a static black-and-white image of the logo on Monday night, and celebrities on Twitter mourned his passing:

My all-time favorite designer has passed away. Oscar, it was an honor to wear your creations and to… https://t.co/AOfPZbHg1i

RIP iconic designer Oscar De La Renta,who was a big part of 3 of my life's biggest moments.Much love & peace2 his family& all who loved him! 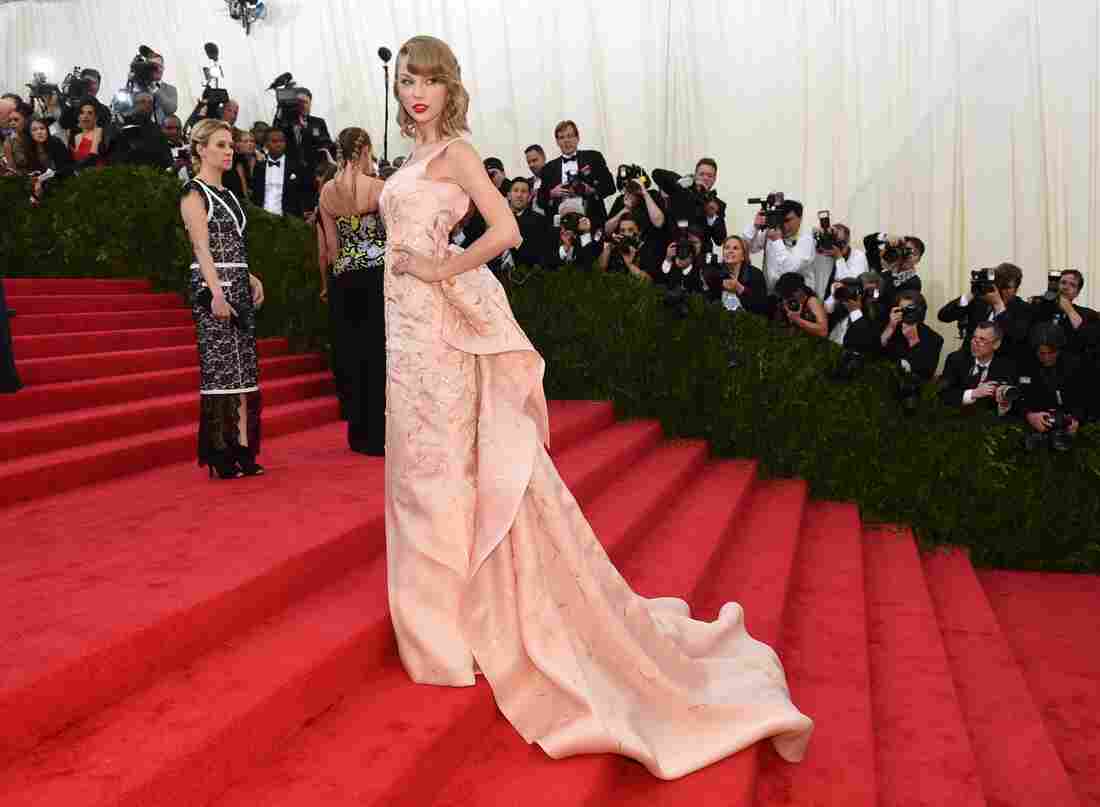 Taylor Swift wears an Oscar de la Renta gown to the Costume Institute Benefit at The Metropolitan Museum of Art on May 5 in New York. Timothy A. Clary/AFP/Getty Images hide caption 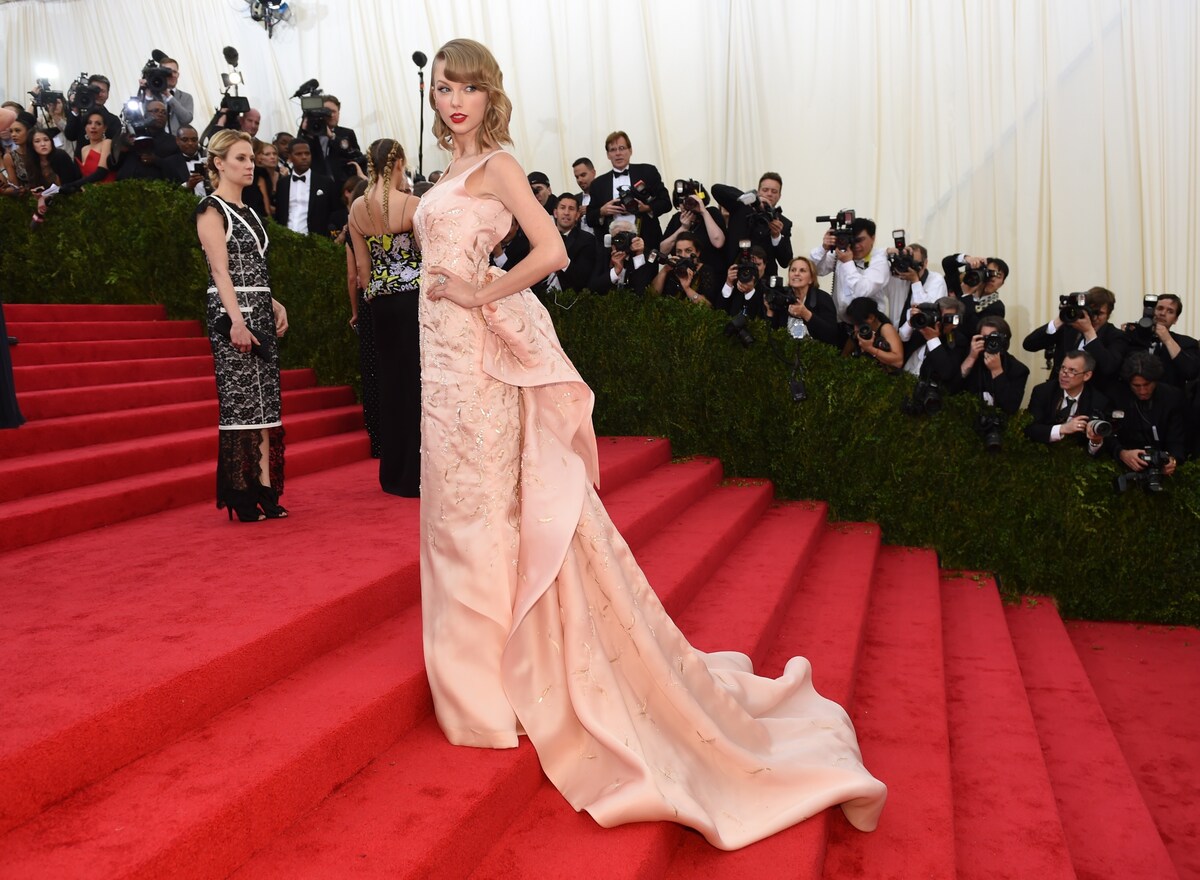 Taylor Swift wears an Oscar de la Renta gown to the Costume Institute Benefit at The Metropolitan Museum of Art on May 5 in New York. 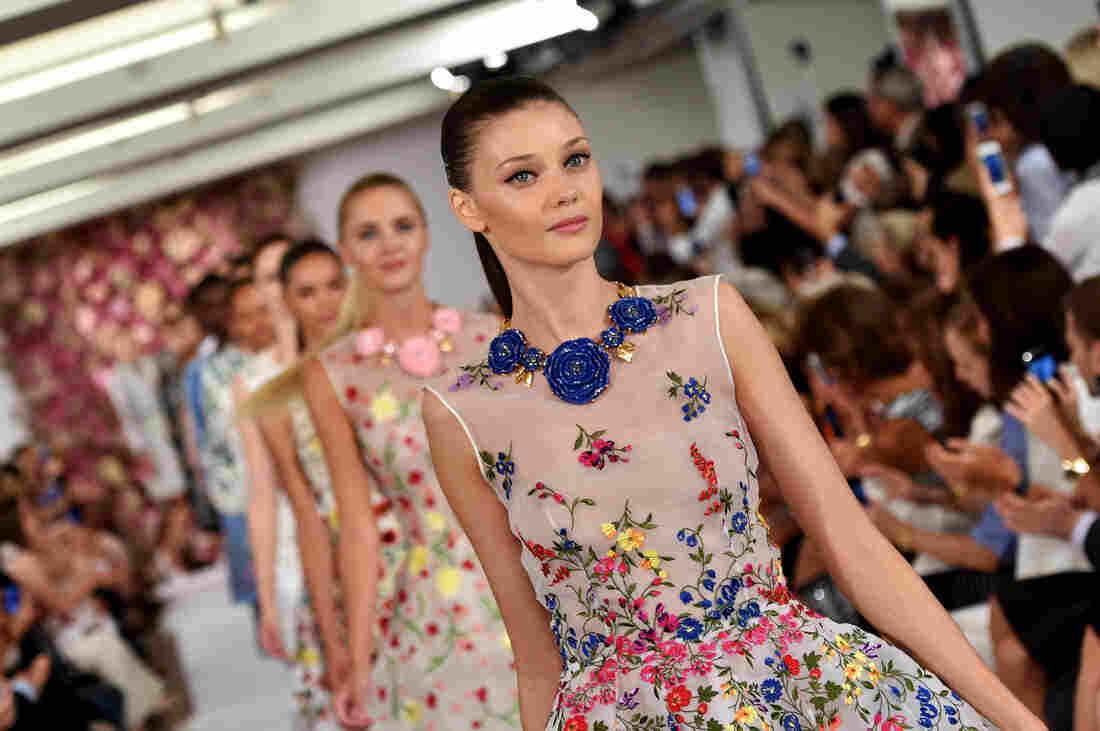 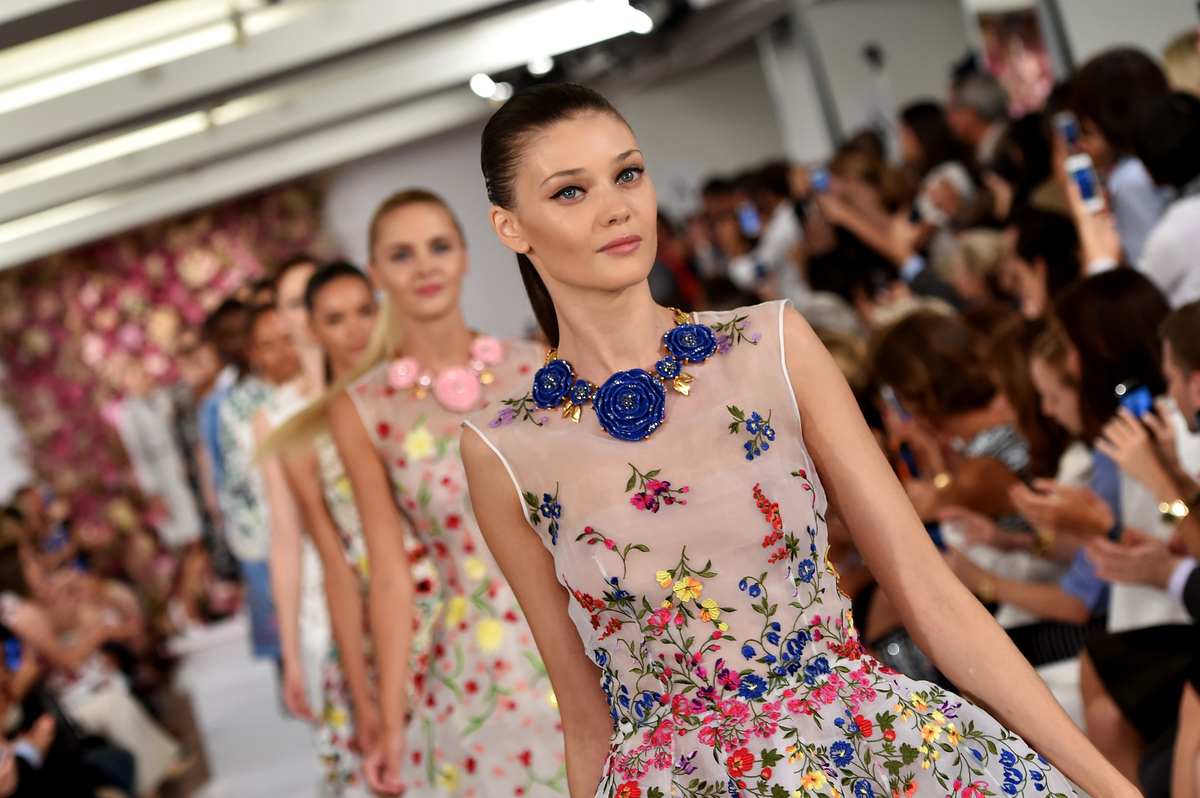 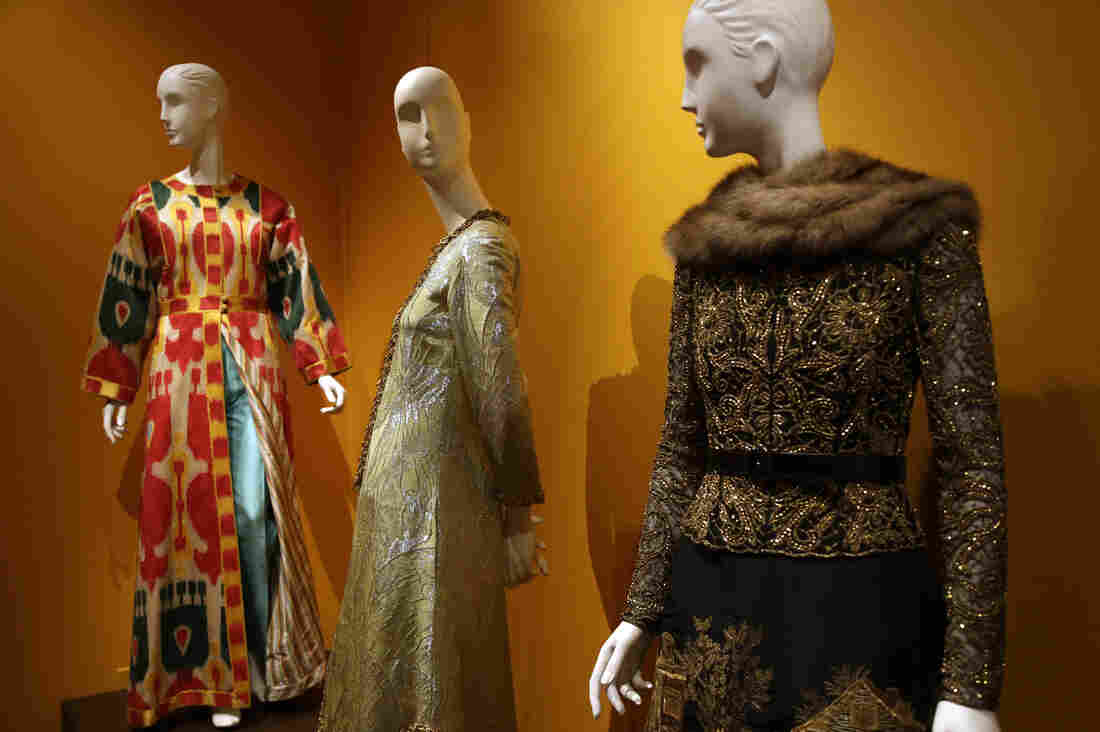 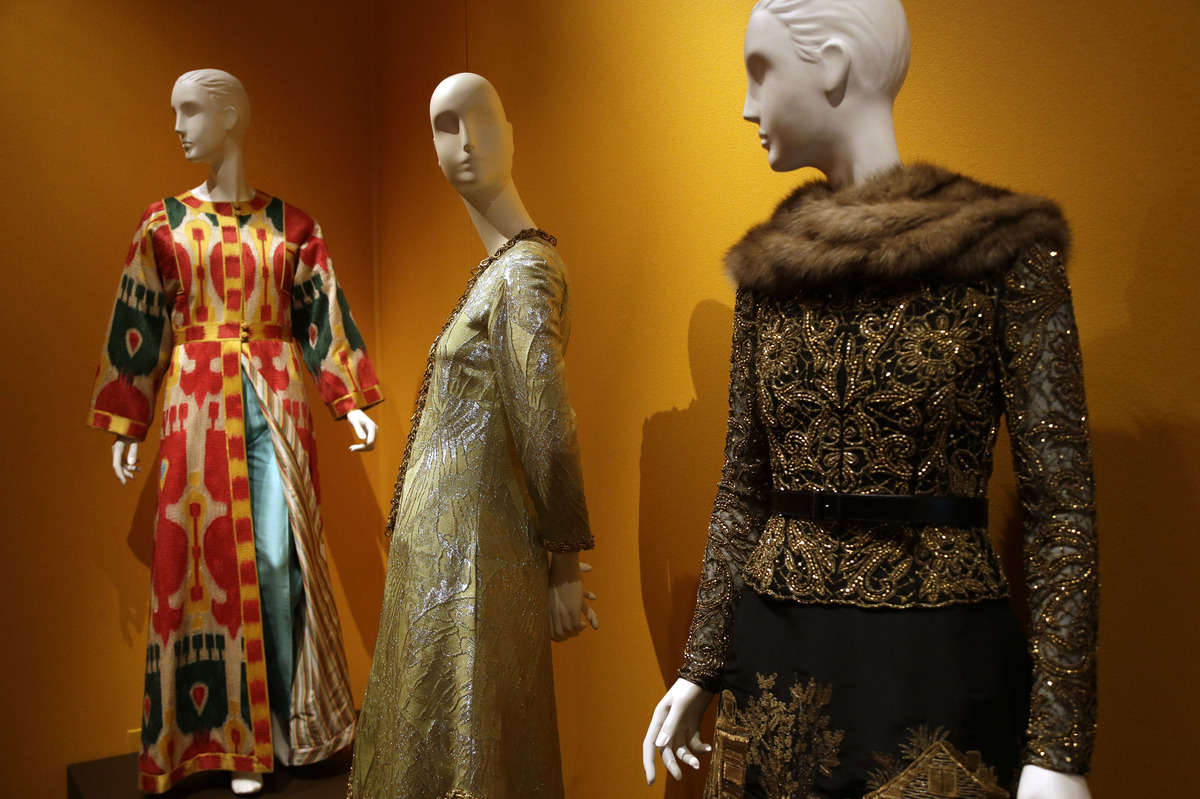 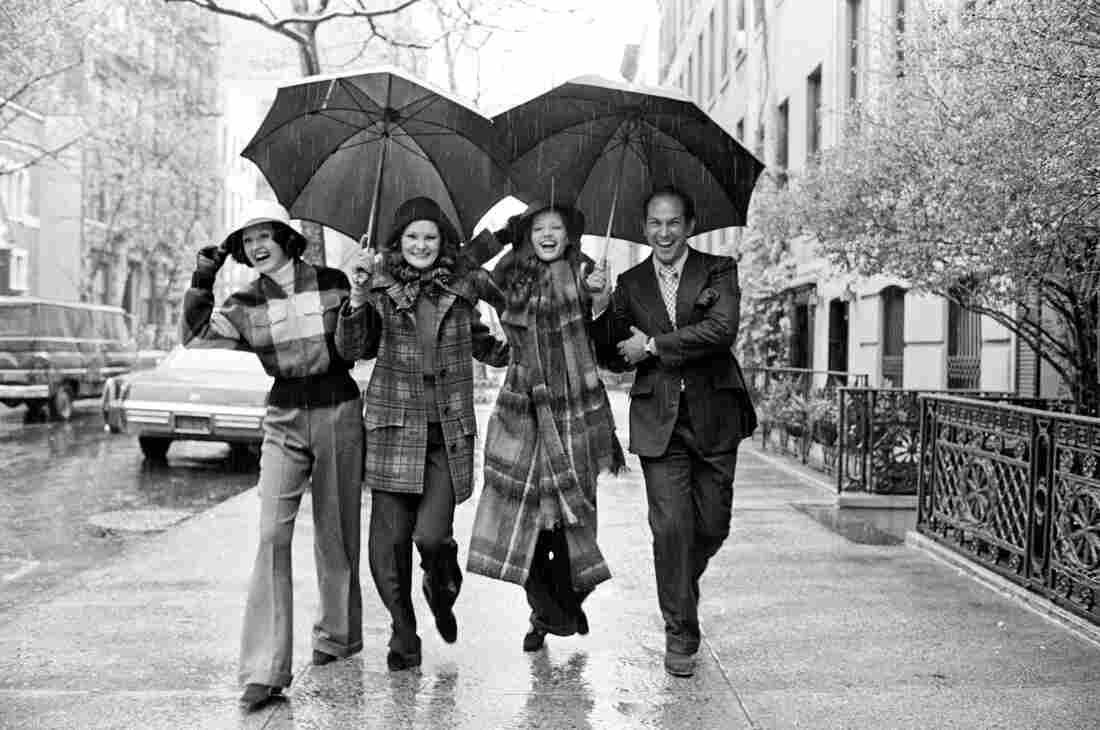 Oscar de la Renta with three models wearing looks from his fall 1972 collection on the sidewalk outside his home in New York. WWD/Scherman Pierre/AP hide caption 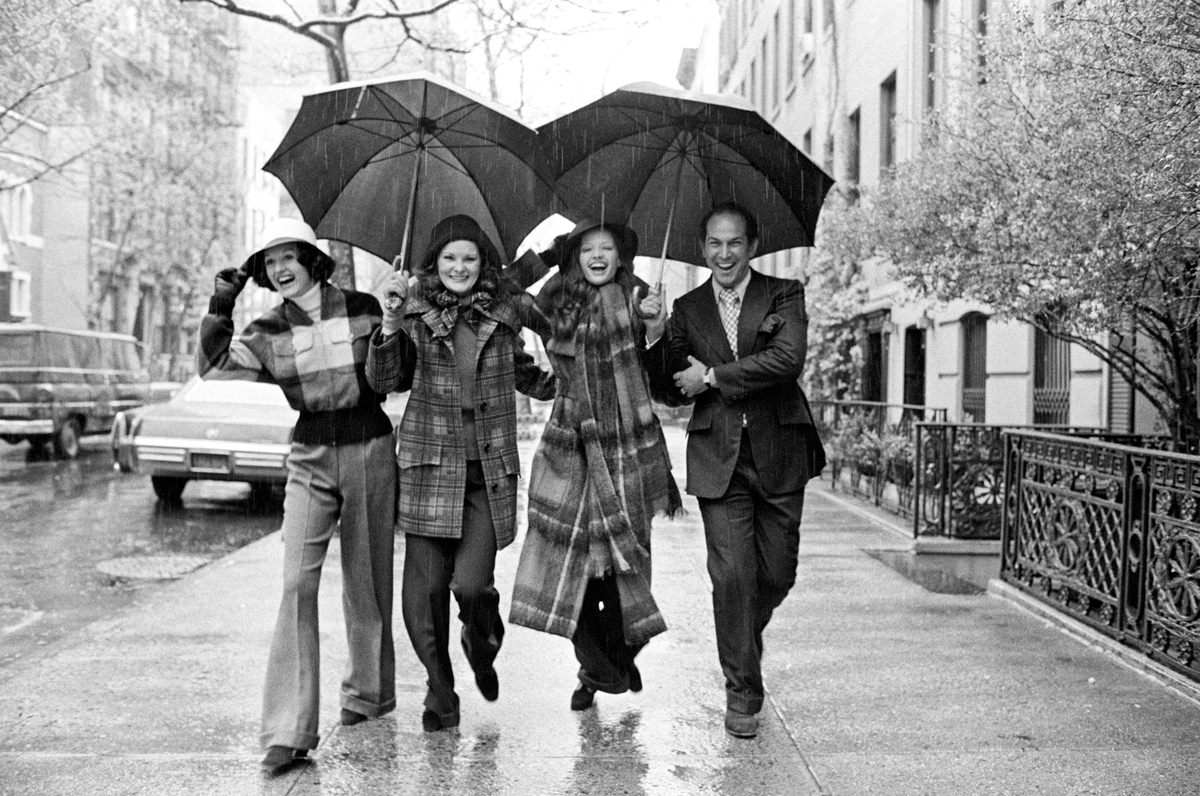 Oscar de la Renta with three models wearing looks from his fall 1972 collection on the sidewalk outside his home in New York.