Accessibility links
Missouri Governor Announces Creation Of 'Ferguson Commission' : The Two-Way The panel will study the social and economic conditions that fueled violent protests over the killing of an unarmed teenager this summer. 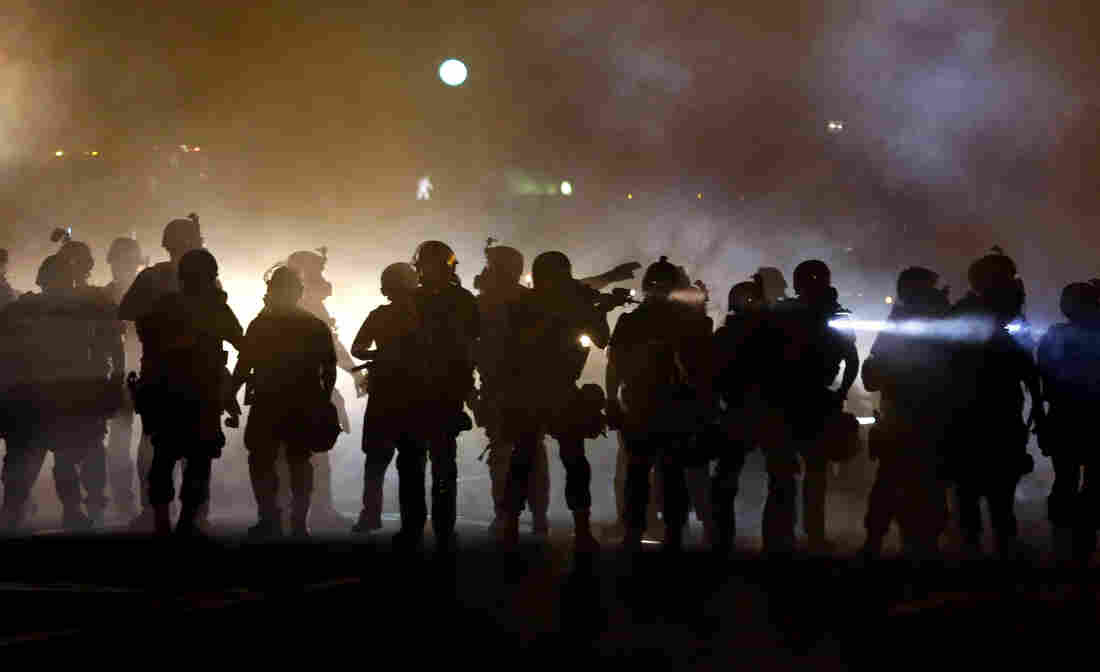 Police walk through a cloud of smoke as they clash with protesters in Ferguson, Mo., this summer. Jeff Roberson/AP hide caption 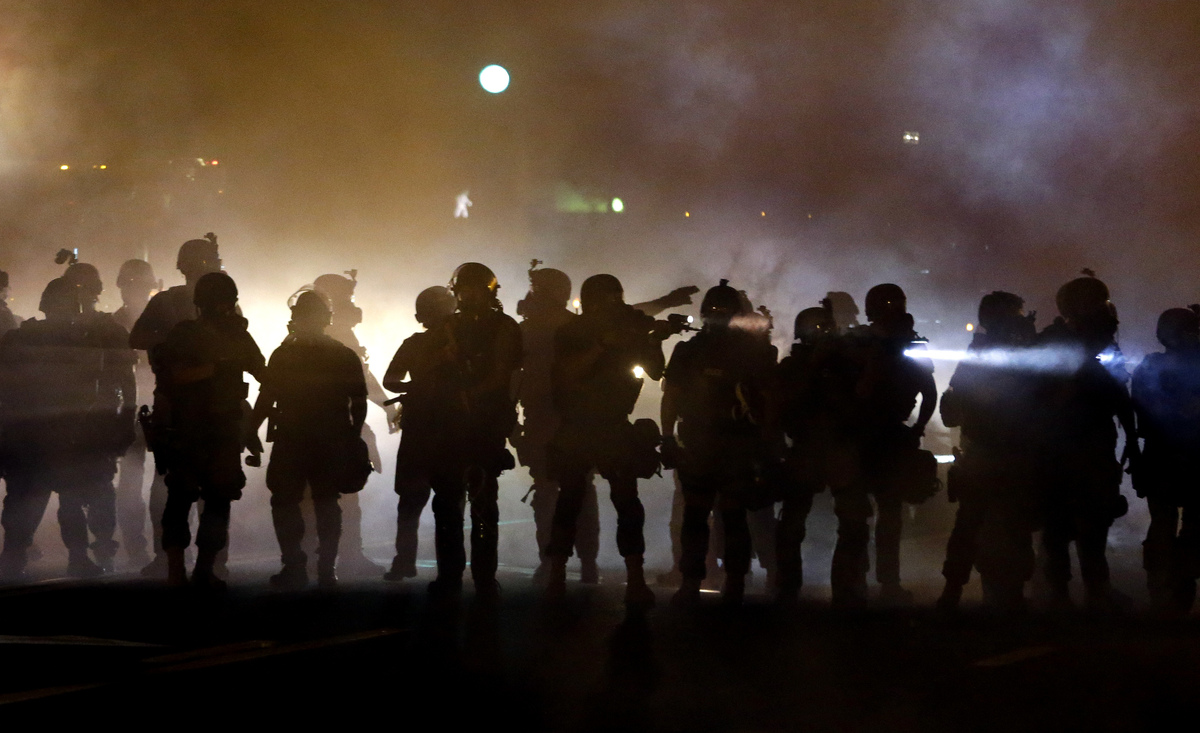 Police walk through a cloud of smoke as they clash with protesters in Ferguson, Mo., this summer.

Missouri Gov. Jay Nixon announced on Tuesday that he's forming a panel that will study the social and economic conditions that fueled violent protests in Ferguson, Mo., over the killing of an unarmed 18-year-old this summer.

" 'Legitimate issues have been raised by thoughtful voices on all sides. Shouting past one another will not move us to where we need to go,' said Mr. Nixon in his remarks, adding that the members of the commission, which haven't yet been named, need to have 'difficult conversations that for far too long have been avoided or ignored.'

"The commission will be empowered to call on experts to address topics ranging from governance, poverty, education and law enforcement. The commission will also recommend changes to make the region a 'fairer place for everyone to live,' Mr. Nixon said. ...

"Commissioners will be appointed and will convene by early November and Mr. Nixon expects them to provide near-term recommendations by early spring, said Scott Holste, a spokesman for Mr. Nixon. More in-depth recommendations could 'take more time to develop,' he said."

The St. Louis Post-Dispatch reports that the commission will not be investigating Michael Brown's shooting death.

If you remember, over the summer Officer Darren Wilson had a fatal confrontation with Brown. The news drove protesters to the streets, where they clashed with police.

Nixon ordered the National Guard to Ferguson to restore peace, but tensions in the St. Louis suburb have remained high.

"The governor's remarks are somewhat of a departure from his rather aloof prior stance on Ferguson, for which he has been widely criticized for being absent and impotent in the fallout from Brown's killing.

"The governor has been blasted by supporters of Brown for refusing to replace St. Louis County Prosecutor Bob McCulloch, whom they say is incapable of fairly prosecuting a police officer, with a special prosecutor. He's also been criticized for not visiting Ferguson in the first tumultuous days of protests, instead keeping his normal schedule which included attending a country music concert and the state fair."