Accessibility links
Blackwater Guards Found Guilty In 2007 Shootings In Iraq : The Two-Way One guard was found guilty of first-degree murder and three others of voluntary manslaughter in a 2007 incident in Baghdad in which 14 civilians were killed. 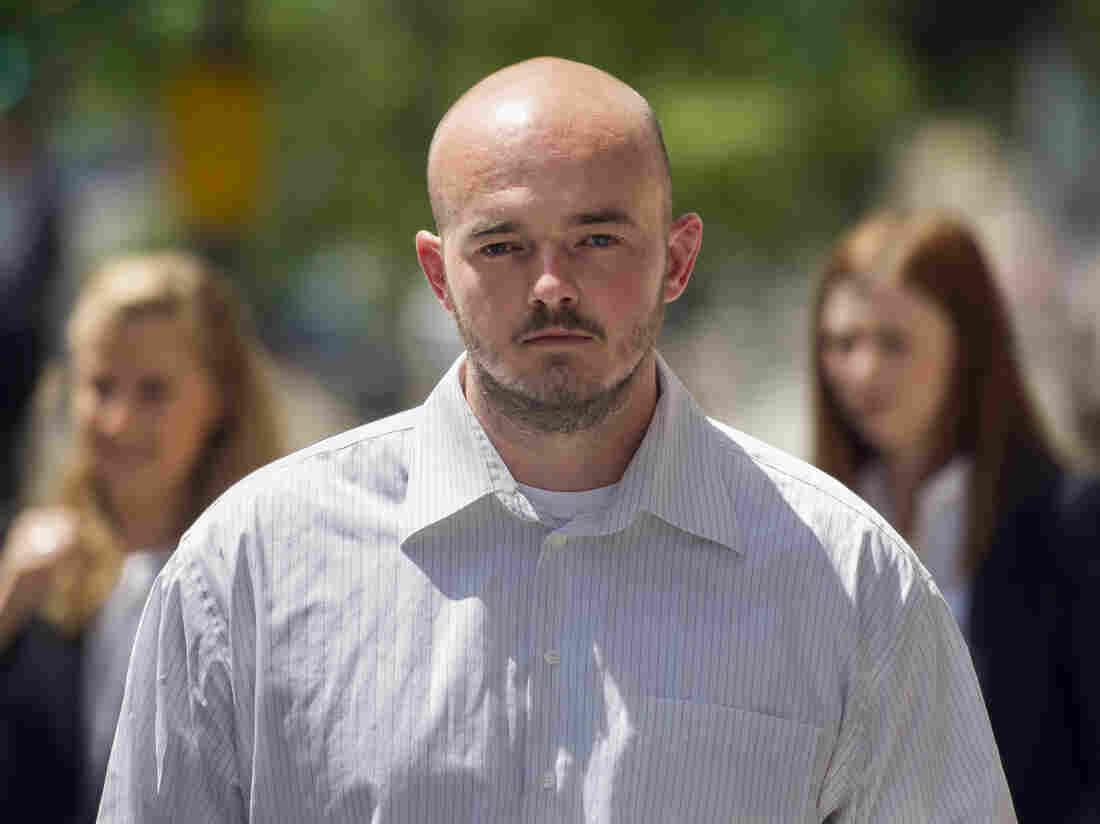 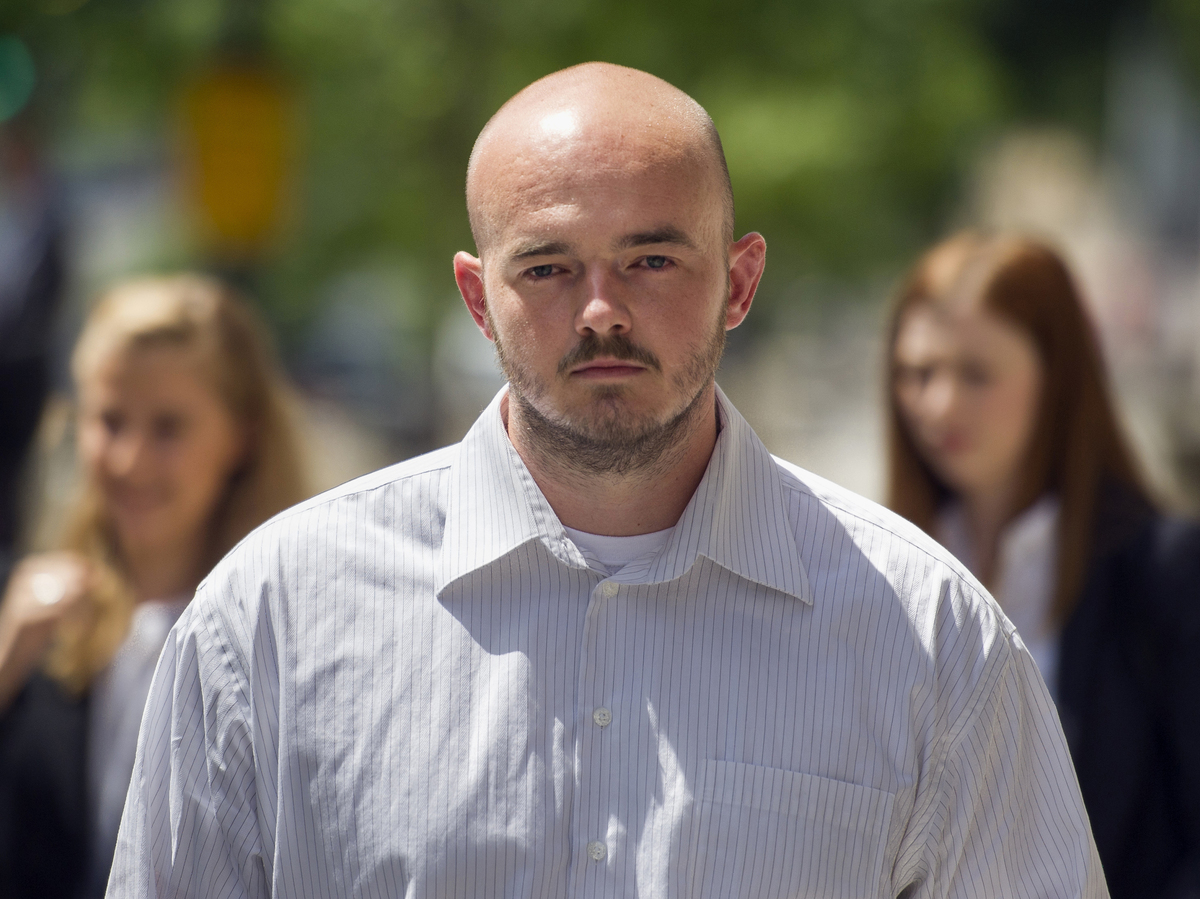 Former Blackwater Worldwide guard Nicholas Slatten leaves federal court in Washington in June. Slatten on Wednesday was found guilty of first-degree murder in the deaths of 14 Iraqi civilians in 2007.

Four private security guards working for the Blackwater Worldwide firm who were charged in the 2007 shootings of more than 30 Iraqis have been found guilty by a federal jury.

The four were accused in connection with a Sept. 16, 2007, incident in Baghdad's Nisour Square, where 14 unarmed civilians were killed and 17 others were wounded. The Blackwater firm — which changed its name to Xe Services and subsequently Academi in the years after the shooting — served as a private contractor protecting diplomats for the U.S. State Department.

The Associated Press reports: "The four men were charged with a combined 33 counts in the shootings, but the jury had reached verdicts on only part of the charges after weeks of deliberations. District Court Judge Royce C. Lamberth allowed the jury to announce the verdicts agreed upon, with the expectation jurors would continue deliberating on the other counts."

"The verdicts marked a victory for prosecutors, who argued in a 10-week trial that the defendants fired wildly and out-of-control in a botched security operation after one of them falsely claimed to believe the driver of an approaching vehicle was a car bomber.

"The guards claimed they acted in self-defense and responded appropriately to the car bomb threat and the sound of incoming AK-47 gunfire, their defense said."

The AP notes that "the case was mired in legal battles for years, making it uncertain whether the defendants would ever be tried."

A federal judge threw out the case in 2009, saying the prosecution relied heavily on statements from guards who gave them with the understanding they would not be used in court. In 2011, the case was resurrected by an appeals court in Washington.