Accessibility links
Report Says UNC Grade-Boosting Scandal Involved Fake Classes : The Two-Way An independent investigation found that the school's African and Afro-American Studies Department used the "paper classes" to inflate grades for more than 3,000 students, nearly half of them athletes. 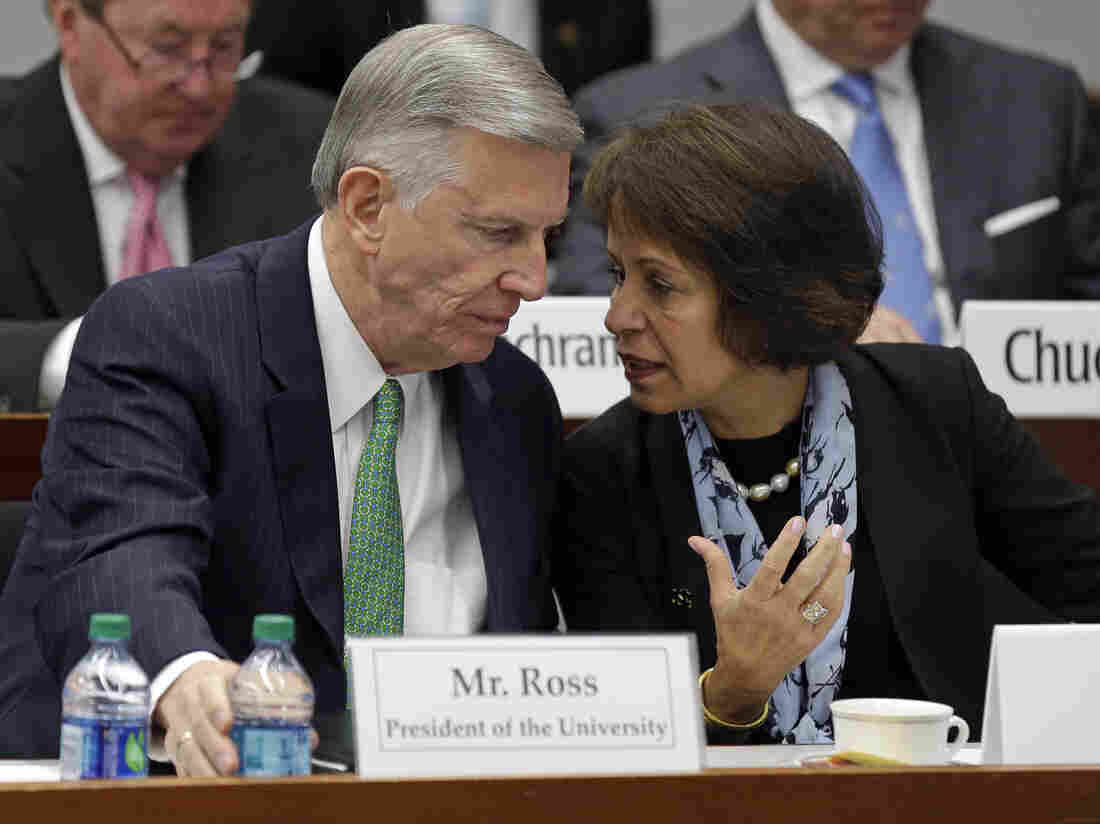 University of North Carolina system President Tom Ross and UNC Chapel Hill Chancellor Carol L. Folt talk during a special joint meeting of the UNC Board of Governors and the UNC Chapel Hill Board of Trustees on Wednesday. Gerry Broome/AP hide caption 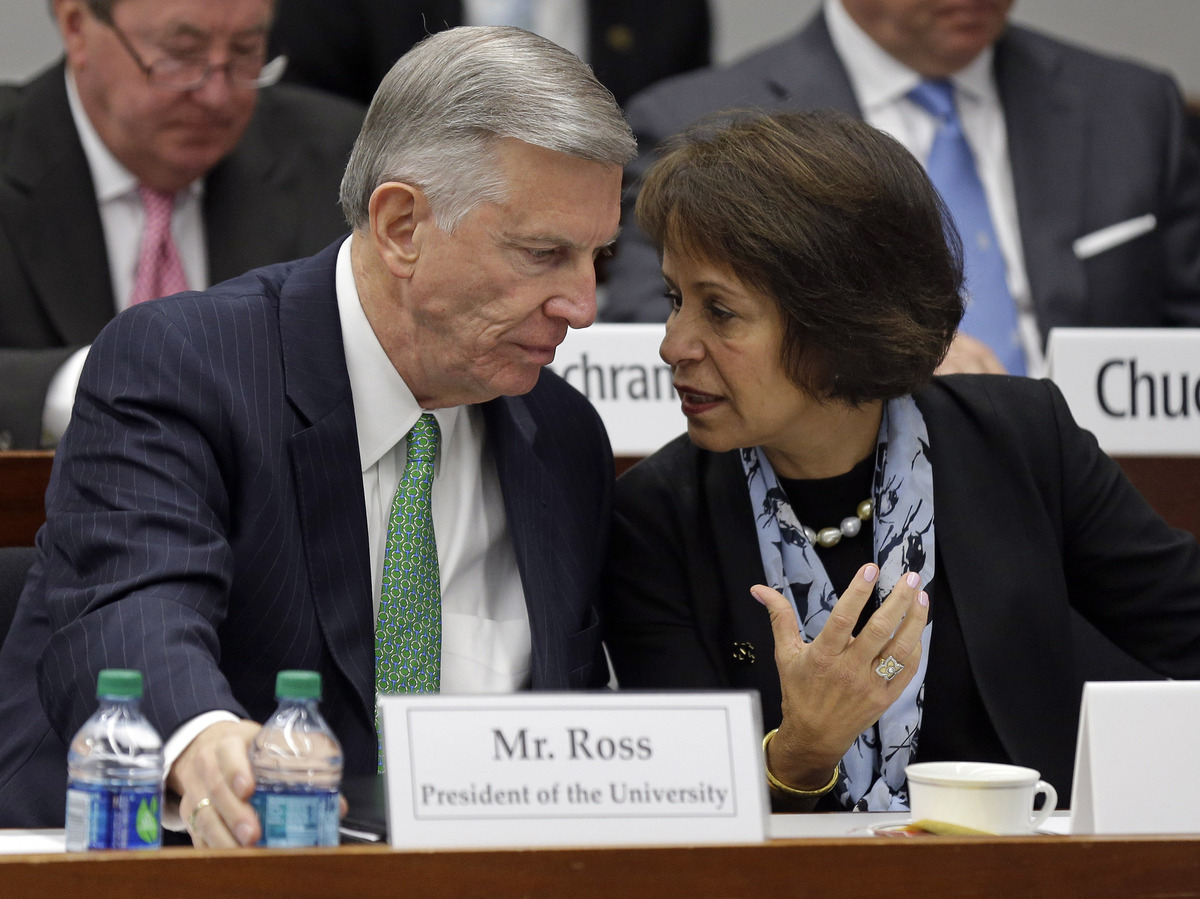 University of North Carolina system President Tom Ross and UNC Chapel Hill Chancellor Carol L. Folt talk during a special joint meeting of the UNC Board of Governors and the UNC Chapel Hill Board of Trustees on Wednesday.

Fake classes, inflated grades and one academic department that facilitated it all. Those are all detailed in a newly released report on grade-fixing at the University of North Carolina, Chapel Hill.

The scandal came to light in 2011, but the report out Wednesday offers the most wide-sweeping look yet at how some school staff members boosted the grades of more than 3,000 students — nearly half of them athletes — over nearly 20 years.

The 131-page report centers on two people in the school's Department of African and Afro-American Studies: former Student Services Manager Deborah Crowder and Dr. Julius Nyang'oro, who became chairman of curriculum for the department known as AFAM in 1992.

According to the report, Crowder steered student-athletes toward fake classes for years to keep them eligible to play.

"Specifically, she designed and offered what are called 'paper classes.' These were classes that were taught on an independent study basis for students and student-athletes whom Crowder selected. Like traditional independent studies at Chapel Hill or any other campus, these classes entailed no class attendance and required only the submission of a single research paper. Unlike traditional independent studies, however, there was no faculty member involved in managing the course and overseeing the student's research and writing process. In fact, the students never had a single interaction with a faculty member; their only interaction was with Crowder, the Student Services Manager who was not a member of the University faculty."

University leadership ordered the independent investigation. It was conducted by Kenneth Wainstein, a former federal prosecutor. Among other key findings in the report:

The report says Crowder "believed it was her duty to lend a helping hand to struggling students, and in particular to that subset of student-athletes who came to campus without adequate academic preparation for Chapel Hill's demanding curriculum."

The university released a statement on the report with an apology from UNC Chapel Hill Chancellor Carol L. Folt:

"I apologize first to the students who entrusted us with their education and took these courses. You deserved so much better from your University, and we will do everything we can to make it right... "I also want to apologize to the Carolina community — you have been hurt both directly and indirectly by this wrongdoing, even though you had no knowledge or responsibility for it, and many of you were not even here when most or all of it occurred."

North Carolina Public Radio has been following the story and reported Thursday that four UNC staff members have been fired and five others are under disciplinary review.

The university says it will take several actions in the wake of the report, including:

WUNC's Jeff Tiberri reported on the story for All Things Considered on Thursday. He says UNC is not alone in controversies like this one. "There have been other scandals involving no-show, fake-paper classes at Auburn University and the University of Michigan," he said, adding, "This report is the most comprehensive of anything to date."

Tiberri also said that UNC has not yet indicated whether diplomas from the thousands of students who took the phony classes will be reviewed.