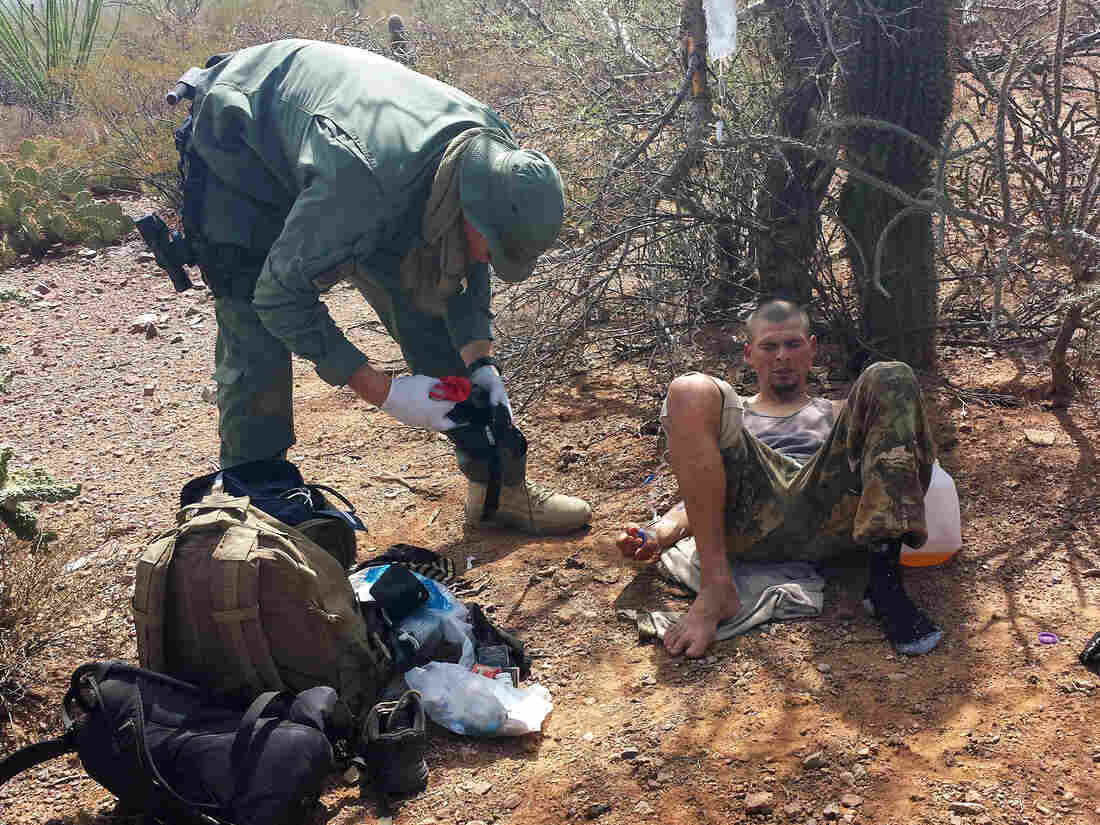 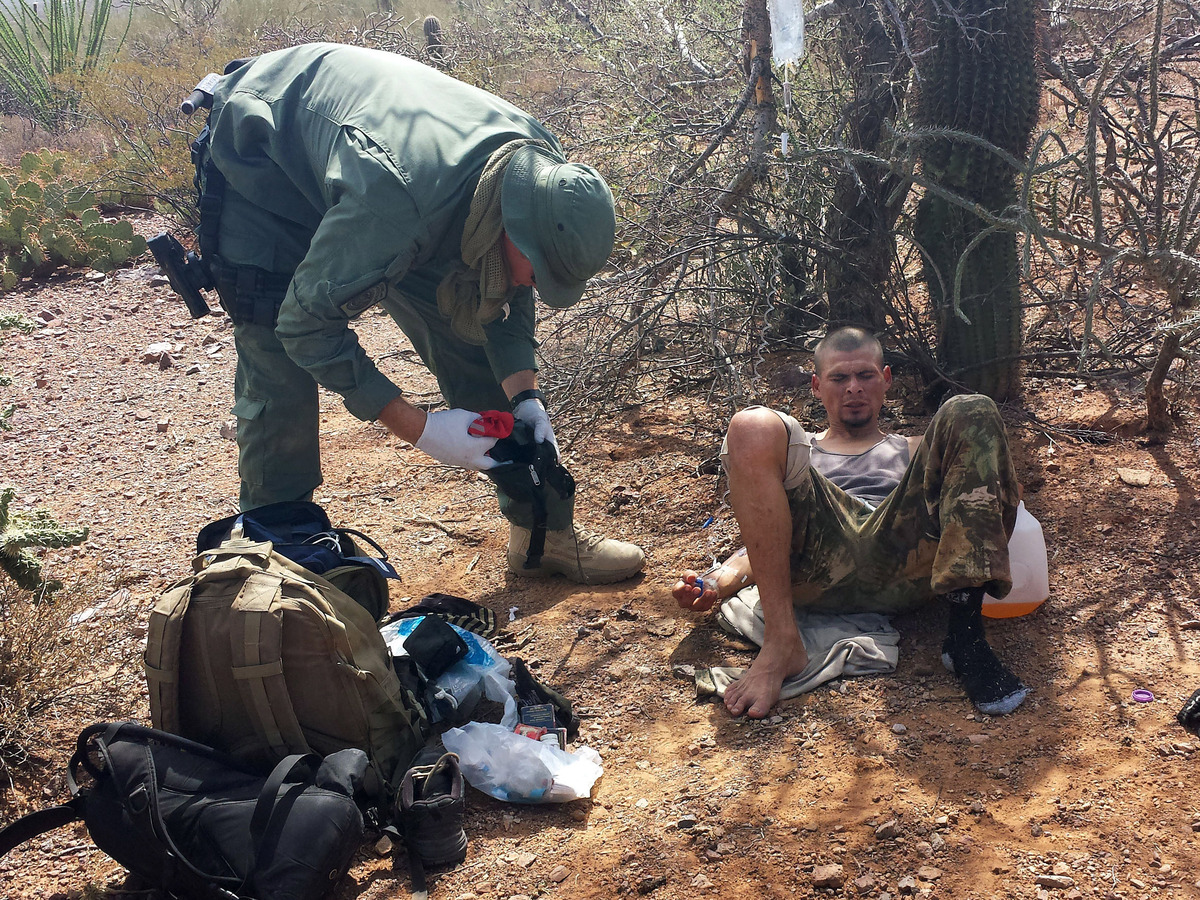 An unidentified U.S. Border Patrol agent, left, helps an immigrant, including setting up intravenous fluid replacement for dehydration, near Sells, Ariz. on June 25.

The number of people who have died crossing the US-Mexico border has hit a 15-year low. The Associated Press reports:

"...more immigrants turned themselves in to authorities in Texas and fewer took their chances with the dangerous trek across the Arizona desert.

The AP also says those new numbers indicate that the U.S. Customs and Border Patrol's Rio Grande Valley sector had more deaths than its Tucson, Arizona sector last fiscal year. Arizona had been the deadliest place to cross the border since 2001.

This news comes after a summer full of reports of Border Patrol agents being overwhelmed by Central American immigrants — many of them unaccompanied children — entering the country at the US-Mexico Border. President Obama called the influx a "humanitarian crisis."

This September, NPR's Carrie Kahn reported that number had gone down as well:

"The number of Central American children and families being apprehended at the U.S.-Mexican border has dropped dramatically in recent months, according to the U.S. Border Patrol. There has been a 60 percent decline in apprehensions of minors since the record numbers making the illegal trek earlier this summer."