Accessibility links
Dallas Nurse Nina Pham, Now 'Ebola Free,' Discharged By NIH : The Two-Way The National Institutes of Health in Maryland announced that the 26-year-old who was infected while caring for a Liberian patient has no detectable virus in her blood. 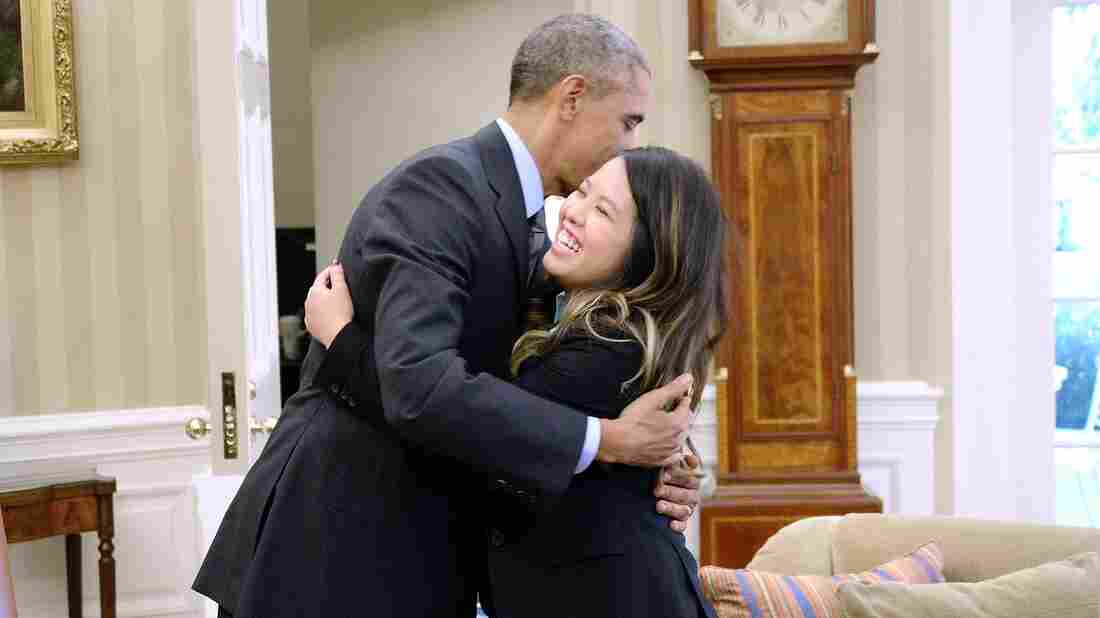 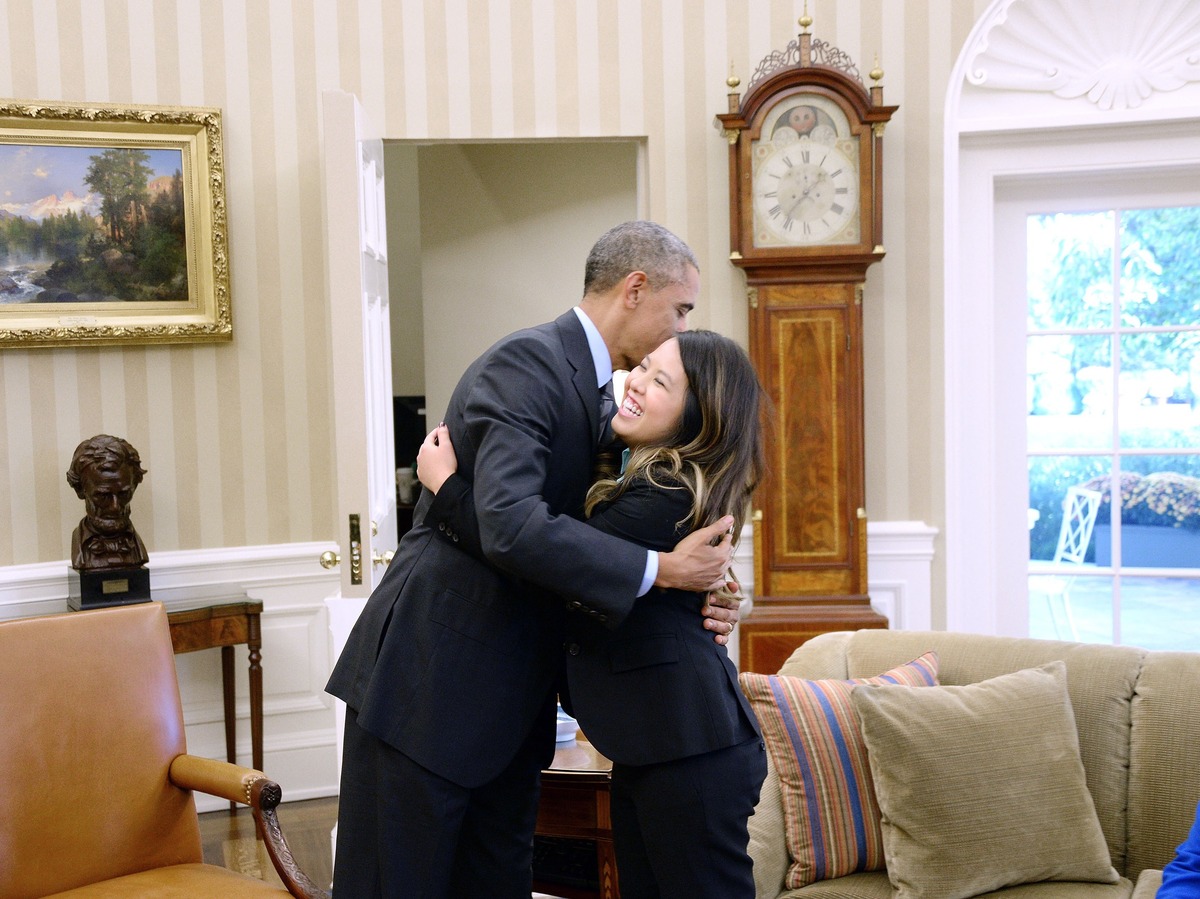 President Barack Obama gives a hug to Dallas nurse Nina Pham in the Oval Office of the White House Friday.

Dallas nurse Nina Pham, who became the first person to contract Ebola on U.S. soil, is now free of the virus and has been discharged from a special facility at the National Institutes of Health in Bethesda, Md.

Speaking at a news conference, Pham said in a statement that she felt "fortunate and blessed" and put her trust "in God and my medical team."

"I believe in the power of prayer because I know so many people around the world were praying for me," she said.

"Although I no longer have Ebola, I know it may be awhile before I get my strength back," said Pham, who contracted the virus while treating patient Thomas Eric Duncan. She asked for the media to respect her privacy.

She said she was looking forward to returning to Texas, where she will "reunite with my dog, Bentley."

After her release, Pham met with President Obama in the White House, where he embraced her.

Dr. Anthony Fauci, director of the National Institute of Allergy and Infectious Diseases, said it was an honor to treat Pham and get to know "such an extraordinary individual." 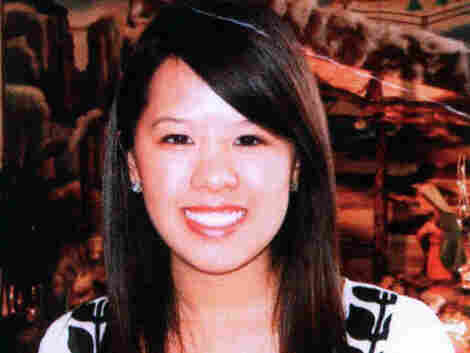 Nina Pham, 26, who became the first person to contract Ebola within the United States, was released after testing free of the virus. Uncredited/AP hide caption

He said the institute had done five tests on Pham's blood and found no virus. He stressed that five tests was more than the number needed to draw such a conclusion, but "this is a research institution ... that's not the norm."

Pham's discharge comes two days after fellow nurse Amber Vinson's family said she had been declared free of the virus and a day after Craig Spencer, a physician who returned to New York after treating Ebola patients in Guinea with Doctors Without Borders, was said to have the potentially deadly virus.

Last week, Pham appeared in a video in her isolation ward at Texas Health Presbyterian Hospital, where she worked and caught the disease from Duncan, who later died. In the video, apparently shot just before she was transferred to the NIH facility, she appeared in good spirits.

The cases of Pham and Vinson, who also became infected at Texas Health Presbyterian, caused the hospital and the Centers for Disease Control and Prevention to review and upgrade their safety protocols for dealing with Ebola patients.

In a statement released Friday, Barclay Berdan, the CEO of Texas Health Resources, which runs the Dallas hospital, said: "[We] know we have seen and experienced what no other hospital has. We know that sharing our expertise may help to save lives, and we are eager to help hospitals learn."