Accessibility links
Health Care Worker Tests Negative For Ebola In NJ, Stays In Quarantine : The Two-Way The woman was isolated Friday as she returned from treating Ebola patients in West Africa. She had no symptoms of the disease; she developed a fever and was taken to a nearby hospital. 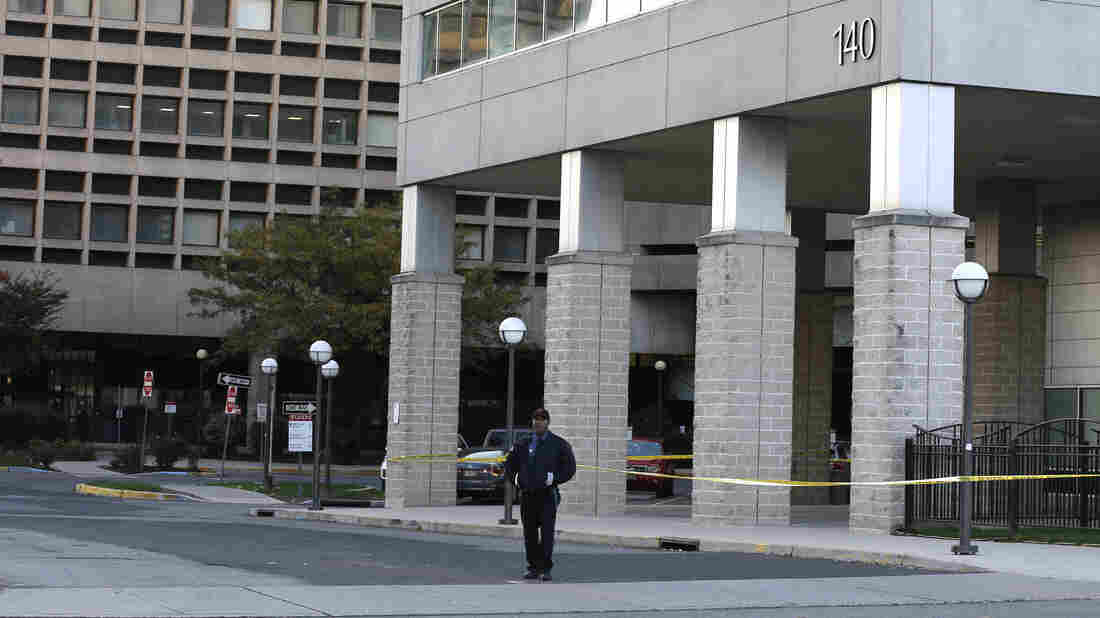 A nurse has been quarantined at University Hospital in Newark for the possibility of Ebola has tested negative in a preliminary test, authorities said early this morning. Patti Sapone/NJ Advance Media /Landov hide caption 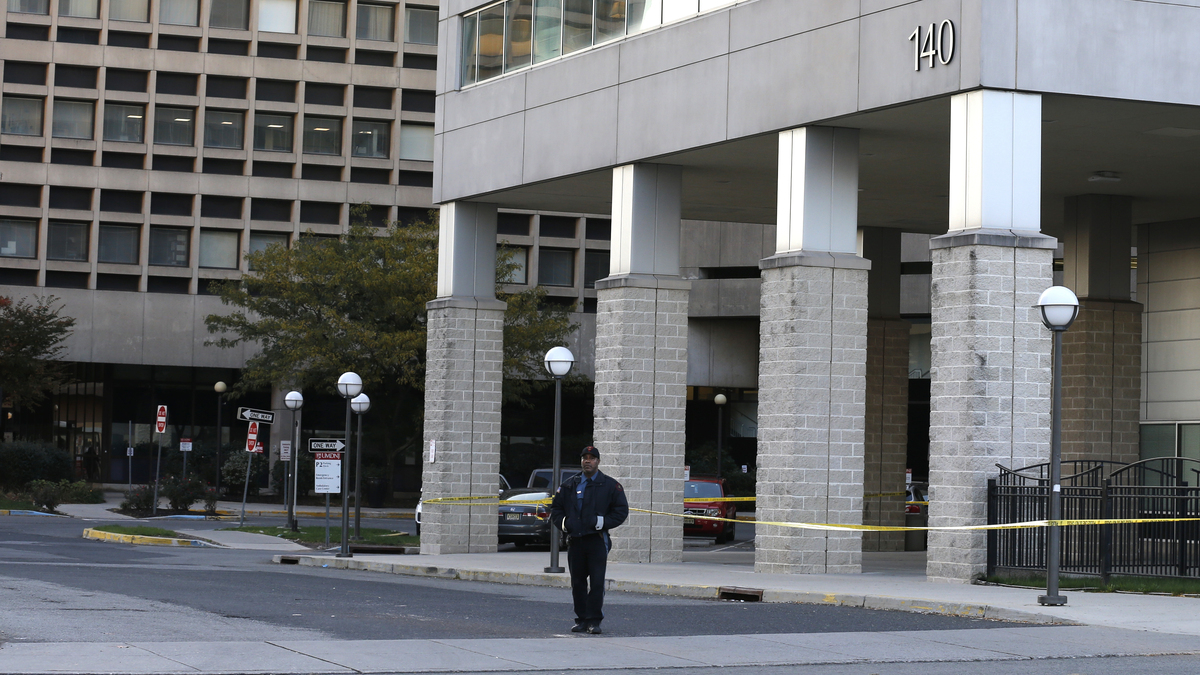 A nurse has been quarantined at University Hospital in Newark for the possibility of Ebola has tested negative in a preliminary test, authorities said early this morning.

A woman who was put in isolation at Newark Liberty International Airport remains under quarantine, despite a preliminary test that found she did not have the deadly Ebola virus.

The health care worker was isolated Friday as she returned from treating Ebola patients in West Africa. She had no symptoms of the disease, but after she developed a fever, she was taken to a nearby hospital.

"The patient continues to be quarantined and remains in isolation and under observation at University Hospital in Newark," New Jersey's health department said early Saturday, in a statement announcing preliminary test results.

The health care worker returned to the U.S. on the same day that guidelines for handling possible exposure to Ebola were being tightened. Gov. Andrew Cuomo of New York and Gov. Chris Christie of New Jersey said that their states will institute a mandatory 21-day quarantine for anyone traveling from West African nations who has also had contact with an Ebola patient. (Update at 4 p.m. ET: Illinois is installing the same quarantine policy; Chicago's O'Hare airport is one of five that have been screening passengers from West Africa.)

"It's too serious a situation to leave it to the honor system of compliance," Cuomo said of the new requirement.

The shift seems to have caught the health care worker by surprise. In a series of tweets Friday afternoon, Dr. Seema Yasmin of the Dallas Morning News said the woman is Kaci Hickox, a nurse who was "being held against her will" at the airport where she had been returning from a month treating patients in West Africa.

Yasmin said Hickox is a friend who works with Doctors Without Borders. Relaying information from her, Yasmin said she was "distraught" and wasn't being given information about why she was not allowed to leave.

New Jersey dept of health will not explain why my friend, an #Ebola #nurse, is being held at Newark airport. This is no way to treat #nurses

Update at 3:50 p.m. ET: Quarantined Nurse Writes About Her Experience

Describing how she was put into quarantine upon arriving back in the U.S., nurse Kaci Hickox says she was held in a room for hours.

"No one seemed to be in charge. No one would tell me what was going on or what would happen to me," she writes, in a piece published Saturday by the Dallas Morning News.

Hickox also says that she eventually showed a fever on a forehead scanner because she was "flushed and upset" at the airport. After she arrived at the hospital, she says, a check with an oral thermometer found her temperature to be normal.

The nurse also described the harrowing work she'd been doing in Sierra Leone, calling one incident "the hardest night of my life," as she treated a girl who died from Ebola while she remained isolated from her family.

Hickox says she wouldn't wish her quarantine on anyone.

"I sat alone in the isolation tent and thought of many colleagues who will return home to America and face the same ordeal," she writes. "Will they be made to feel like criminals and prisoners?"

The incident comes on the heels of a positive diagnosis for Ebola in the case of Dr. Craig Spencer, who was put into isolation at Bellevue Hospital in New York after developing a fever and other symptoms.

In the short time since he returned from a stint working in West Africa, Spencer used New York's mass transit to visit several spots around the city, as we've reported. Officials have stressed that his actions didn't present a danger, citing Ebola's transmission solely through direct contact with bodily fluids.

Since the new quarantine requirement was announced, NPR's Joel rose reports, "critics worry that the new rules will discourage health care workers from volunteering to fight the Ebola epidemic in West Africa."

According to the latest figures from the World Health Organization, there are now more than 10,000 confirmed cases of Ebola, and more than 4,900 deaths from the disease. Those cases are concentrated in Liberia, Guinea and Sierra Leone. The agency also notes that with a new case reported in Mali, eight countries have now been touched by the outbreak.