Accessibility links
N.J. Says Quarantined Nurse Will Be Discharged, Allowed To Leave : The Two-Way Kaci Hickox, the nurse who spent the weekend in mandatory quarantine after arriving in New Jersey from West Africa, will be discharged from the hospital and allowed to leave the state, officials say. 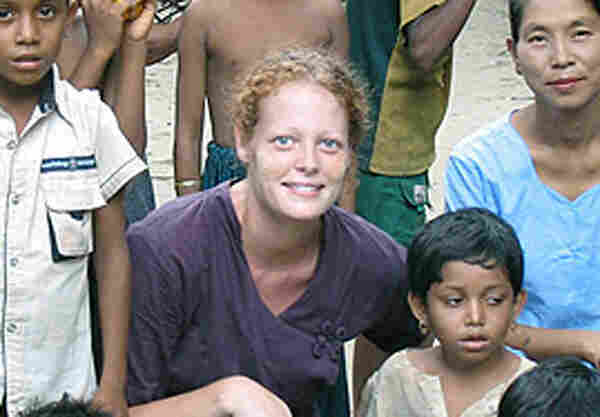 Nurse Kaci Hickox will be allowed to leave the hospital where she's been in quarantine since Friday, New Jersey officials said Monday. Hickox is seen here in an undated photo. University of Texas at Arlington/AP hide caption 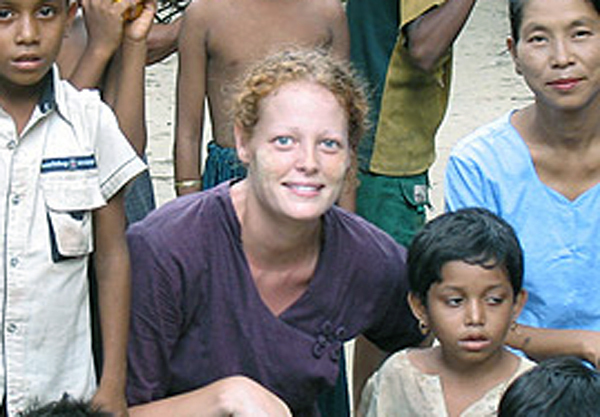 Nurse Kaci Hickox will be allowed to leave the hospital where she's been in quarantine since Friday, New Jersey officials said Monday. Hickox is seen here in an undated photo.

University of Texas at Arlington/AP

Kaci Hickox, the nurse who spent the weekend in mandatory quarantine after arriving in New Jersey from West Africa, will be discharged from the hospital and allowed to leave the state, officials said today, citing tests that have shown she's been free of any Ebola symptoms for the past 24 hours.

The move could allow Hickox, a Texas native, to travel to Maine, where she currently lives.

A Doctors Without Borders worker who treated Ebola patients in Sierra Leone, Hickox has been under close monitoring in an isolation tent since Friday, when officials found she had a fever. After a preliminary blood test found she didn't have Ebola early Saturday, Hickox hired a civil rights lawyer to work for her release.

"After consulting with her, she has requested transport to Maine, and that transport will be arranged via a private carrier not via mass transit or commercial aircraft. She will remain subject to New Jersey's mandatory quarantine order while in New Jersey. Health officials in Maine have been notified of her arrangements and will make a determination under their own laws on her treatment when she arrives."

There's no word yet from officials in Maine about how they'll handle the situation; we'll update this post as news comes in.

Update at 1 p.m. ET: 'States Have The Authority'

"Policies need to be driven by science," White House Press Secretary Josh Earnest says of domestic efforts to fight Ebola, during his midday news briefing. "Whatever guidelines that are put in place should not unduly burden health care workers."

When asked about the different approaches states are taking, Earnest said, "You can take this up with James Madison. We have a federal system in this country in which states have the authority" in such matters.

Gov. Paul R. LePage says his state will follow guidelines the CDC has laid out for returning health workers who have had potential exposure to Ebola.

He says, "Additionally, we will work with the healthcare worker to establish an in-home quarantine protocol to ensure there is no direct contact with other Mainers until the period for potential infection has passed."

NPR's Jeff Brady sends along word that Maine released a statement about its protocols Friday. It suggests that Hickox might be allowed to live in her home, as long as she's monitored:

"Maine has established protocols for the monitoring of any individual who returns to Maine after traveling from the impacted West African regions. We have implemented these protocols, which include monitoring the individual for 21 days after the last possible exposure to Ebola."

Hickox and her lawyer have criticized the mandatory 21-day quarantine policy that was recently enacted in New Jersey, New York and Illinois — states where airports are under heightened alert for travelers who have been in contact with Ebola patients in West Africa. The White House has also urged the states to consider other measures, such as close monitoring, saying that a full quarantine might discourage medical workers from volunteering to go fight the Ebola outbreak in West Africa.

Officials in New York and New Jersey clarified their polices Sunday, with New Jersey Gov. Chris Christie's office saying, "The protocol is clear that a New Jersey resident with no symptoms, but who has come into contact with someone with Ebola, such as a health care provider, would be subject to a mandatory quarantine order and quarantined at home. Nonresidents would be transported to their homes if feasible, and, if not, quarantined in New Jersey."

Earlier Sunday, Christie and Dr. Anthony Fauci, leader of the National Institute of Allergy and Infectious Diseases, aired differing views on the merits of a quarantine.

"The best way to protect us is to stop the epidemic in Africa," Fauci said, "and we need those health care workers, so we do not want to put them in a position where it makes it very, very uncomfortable for them to even volunteer to go."