Accessibility links
Study: Bike Deaths Up 16 Percent In Just Two Years : The Two-Way A study from the Governors Highway Safety Association finds that not wearing a helmet and alcohol consumption are big factors in the deaths. 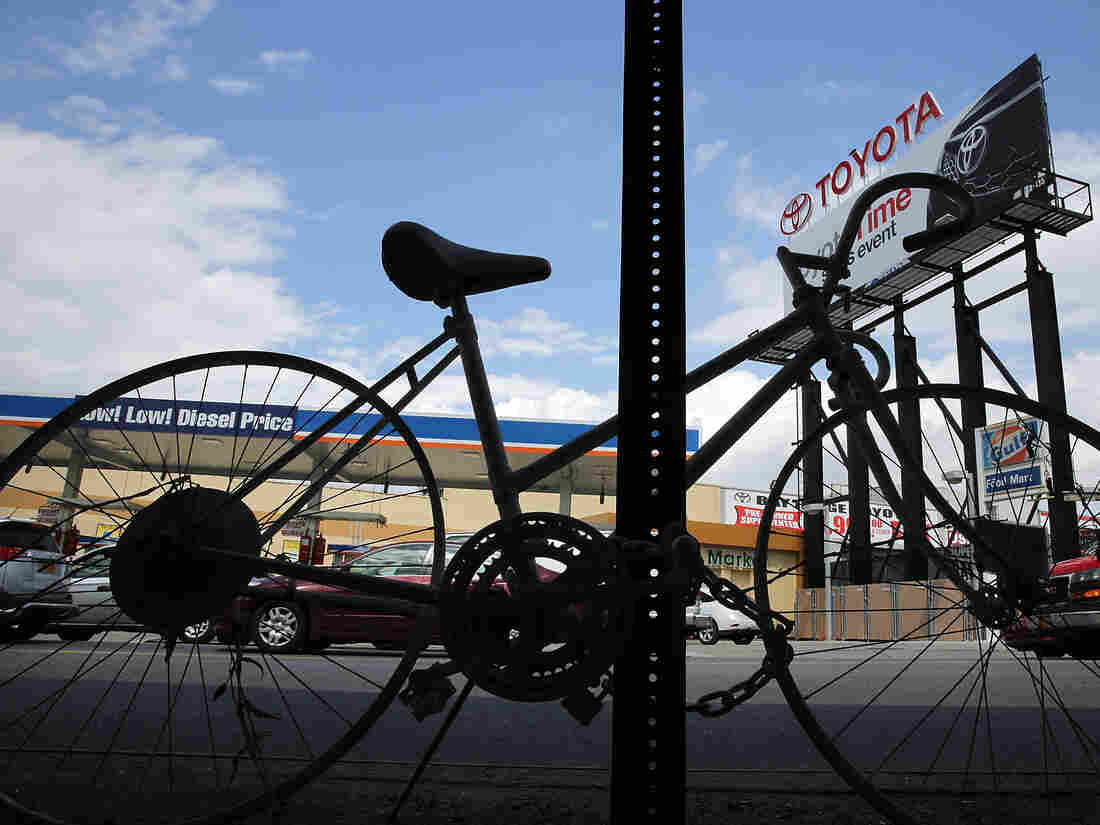 A "Ghost Bike", which are used to signify a fatality involving a bicycle, is viewed along a busy street on May 30 in the Brooklyn borough of New York City. Spencer Platt/Getty Images hide caption 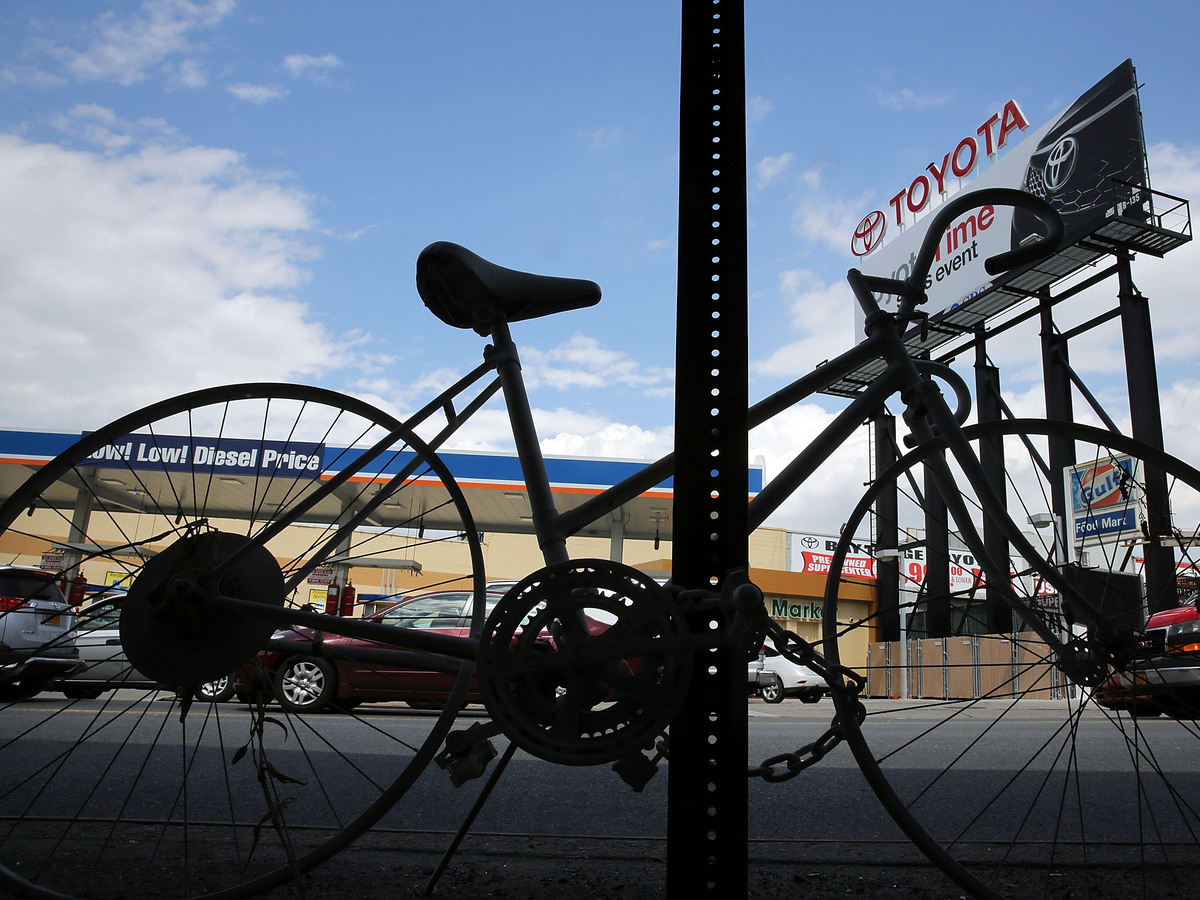 A "Ghost Bike", which are used to signify a fatality involving a bicycle, is viewed along a busy street on May 30 in the Brooklyn borough of New York City.

More bicyclists are dying in collisions with cars. And a lot of those bikers are male, drunk and not wearing a helmet.

Those are the findings of a report released today by the Governors Highway Safety Association. The study tracked bike deaths between 2010 and 2012. (2012 is the last year the data is available right now.) There are a few key findings:

- Adult males are almost 3/4 of those bicyclists killed. (The study's author says he does not know what percentage of the total bicyclist population is adult male.)

- Children used to be most likely to die in bicyclist fatalities. Now adults are.

- More than 2/3 of bicyclists fatally injured in 2012 weren't wearing helmets.

- And more than 1/4 of adult bicyclists who were killed in 2012 were alcohol impaired. The study says, "Lack of helmet use and alcohol impairment have been and continue to be major contributing factors in bicyclist deaths."

NPR spoke with Dr. Allan Williams, who authored the study for the Governors Highway Safety Association. Williams says this uptick in bike deaths stands out.

"[Car deaths] were stable during that period," he said. "So this is a bit of an anomaly." Williams did point out that bike deaths are still a very small number, only 2 percent of total motor-vehicle-involved deaths, according to his research.

Williams says the main reason for the increase is that more people are biking. But he said there's no hard data yet on whether things like the rise in popularity of bike-sharing services have contributed to more deaths.

Williams offers advice for bikers and drivers. For bikers, he says, follow traffic laws, wear a helmet and be conspicuous to motorists. And for drivers, Williams says, be courteous to bicyclists and "give 'em some space." He also thinks that municipalities can make biking safer for everyone by making more roads that physically separate bikes from cars, lighting roads better, and designing them in a way that makes bikers more visible.

And of course, one of the biggest takeaways from the study is that, just as you shouldn't drink and drive, you should avoid drinking and biking. "The alcohol always surprises me a little bit, even though I know it's there," says Williams. "Who are these people? You don't think people are going to be biking after they've drunk a considerable amount of alcohol. These are people who are at .08 [blood alcohol level]. That's a considerable amount of drinks."