Accessibility links
Hawaii Lava Flow Less Than 100 Yards From Homes In Pahoa Village : The Two-Way The flow, which began at Mount Kilauea in June, threatens to take out dozens of homes on the Big Island. 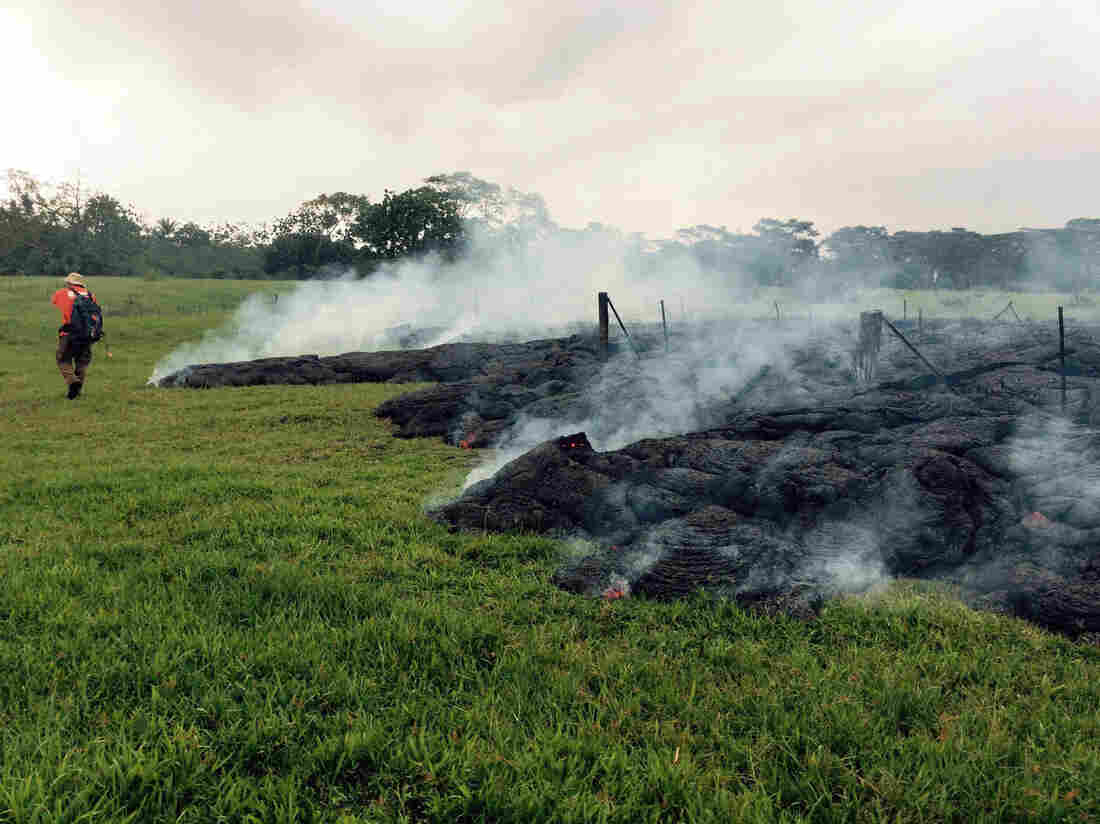 A geologist maps the margin of the lava flow in the open field below Cemetery Road near the town of Pahoa on the Big Island of Hawaii. Dozens of residents from the village may be forced to evacuate. AP hide caption 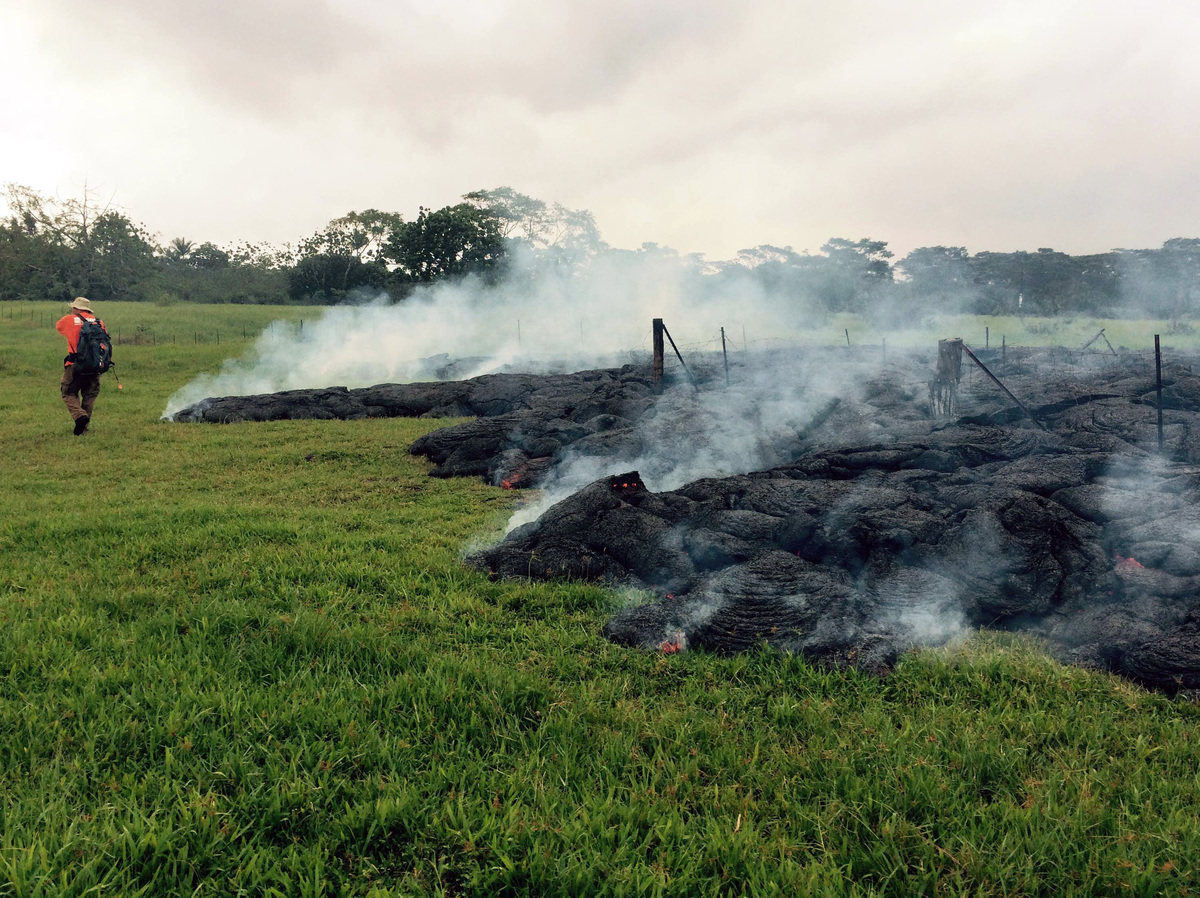 A geologist maps the margin of the lava flow in the open field below Cemetery Road near the town of Pahoa on the Big Island of Hawaii. Dozens of residents from the village may be forced to evacuate.

Dozens of residents from the village of Pahoa on Hawaii's Big Island are preparing to watch their homes be engulfed by a slow-moving finger of lava that has traced a scorched path for months from its origin at Kilauea volcano.

Hawaii County Civil Defense Director Darryl Oliveira has said residents will be allowed to watch Mother Nature consume their homes to "provide for a means of closure.

"You can only imagine the frustration as well as ... despair they're going through," he said, according to The Associated Press.

By Monday morning local time, the lava — which is flowing at a rate of about 10 yards per hour — was less than 100 yards from the nearest home in the village.

The U.S. Geological Survey's Hawaiian Volcano Observatory says: "As of 4:30 PM [Hawaii time], the flow was 510 meters (560 yards) upslope from Pāhoa Village Road; the flow width was about 50 meters (55 yards) at the leading edge."

The flow is from an eruption that began on June 27.

"About 40 households in the immediate downslope path of the lava were issued an evacuation advisory, but not an evacuation order, and urged to prepare to evacuate Sunday night. The Red Cross opened an emergency shelter at the Sure Foundation Church in Keaau.

"Smoke conditions were light to moderate with tradewinds pushing the smoke south, county Civil Defense officials said. Residents with respiratory problems who live downwind of the flow were warned to take precautions and to remain indoors."

"The couple living in the house closest to the flow have left but have been returning periodically to gather belongings, Oliveira said. 'They are out of the property and awaiting the events to unfold.' "

"Apaa Street (the town's main road) resident Imelda Raras said she and her husband are ready to go to a friend's home if officials tell them they should leave."