Accessibility links
Pope Says God Not 'A Magician, With A Magic Wand' : The Two-Way Speaking at an assembly of the Pontifical Academy of Sciences, Francis also affirmed that evolution and the Big Bang are consistent with a creator. 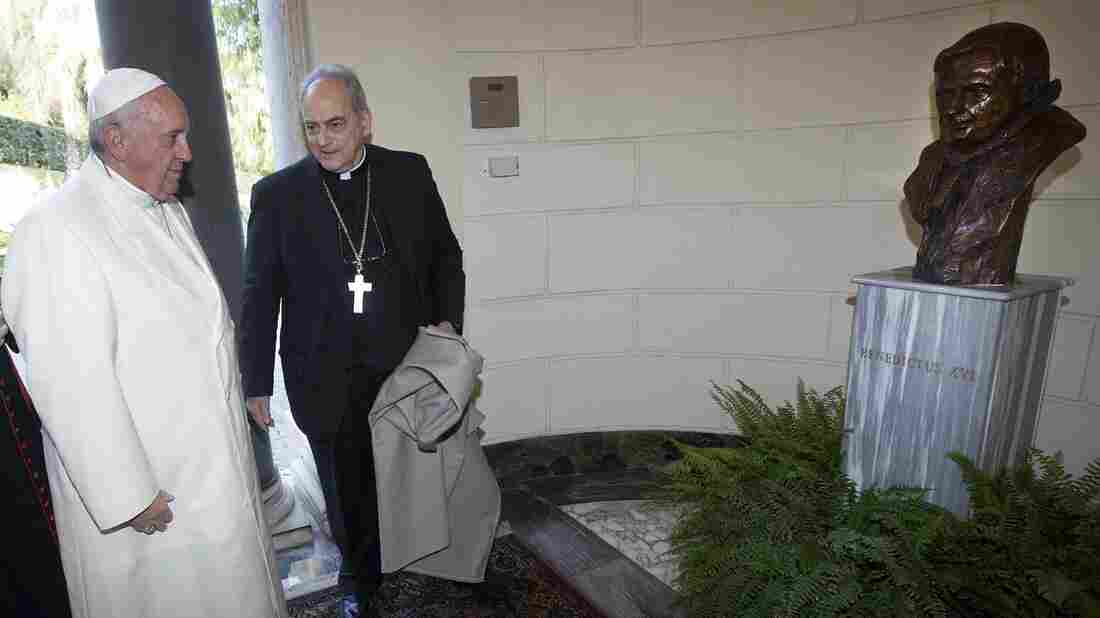 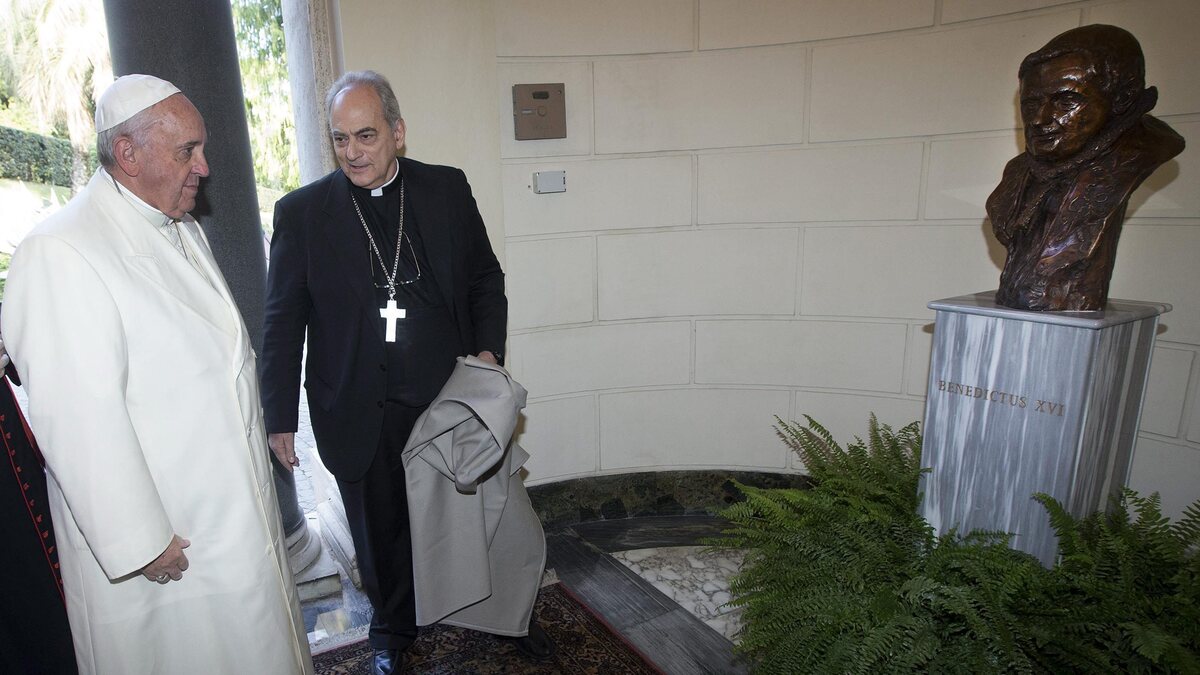 In a move that could be aimed at healing a rift between science and religion, Pope Francis has said that evolution and the Big Bang are consistent with the notion of a creator. And according to the pontiff, believers should not view God as "a magician, with a magic wand."

Francis made the remarks at an assembly of the Pontifical Academy of Sciences, billed as meeting to discuss "Evolving Concepts of Nature."

"When we read about Creation in Genesis, we run the risk of imagining God was a magician, with a magic wand able to do everything. But that is not so," Francis told the gathering, where he also dedicated a statue of his predecessor, Benedict XVI. God, Francis said, "created human beings and let them develop according to the internal laws that he gave to each one so they would reach their fulfillment."

To be sure, the Catholic Church's views on the origins of the universe and life, unlike those of many Protestant sects, have for years been largely in line with the scientific consensus. The church has long leaned toward what some describe as "theistic evolution," i.e., a God supernaturally created the universe and life but allowed natural processes to work over billions of years.

In 1950, Pope Pius XII proclaimed that evolution was not at odds with Catholic teachings, and Pope John Paul II endorsed the view himself in 1996.

However, Pope Benedict hinted at accommodating "intelligent design," a form of creationism that has become popular in many religious circles in recent decades.

(As an aside, a recent Chapman University survey showed that more Americans believe in the lost civilization of Atlantis and that "UFOs are probably spaceships" than in evolution, and that as many people believed in Bigfoot as in the Big Bang.)

The Associated Press notes: "Francis has gone out of his way to embrace Benedict even as he steers the church on a vastly different course than that charted by the German theologian."

Francis' remarks are in keeping with a more open view he has taken to church matters and the intersection between the spiritual and secular worlds since becoming pope last year.

He has downplayed the importance of such hot-button issues as abortion, contraception and gay marriage, denounced the "cult of money," and even said that atheists can be redeemed.

But earlier this month, a group of bishops meeting at the Vatican showed that the church as a whole remains deeply divided on many of those issues.