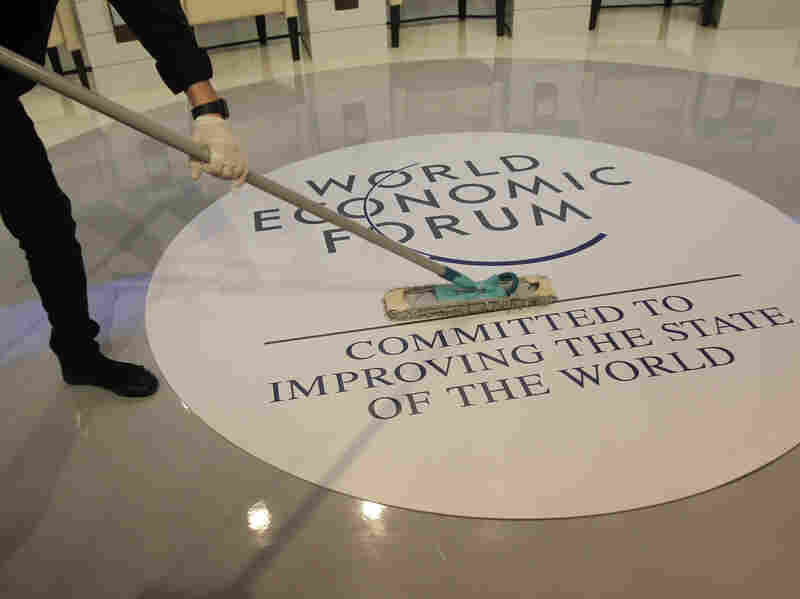 A woman cleans the floor prior to a session at the World Economic Forum, WEF, in Davos, Switzerland, Wednesday, Jan. 25, 2012. Michel Euler/Associated Press hide caption 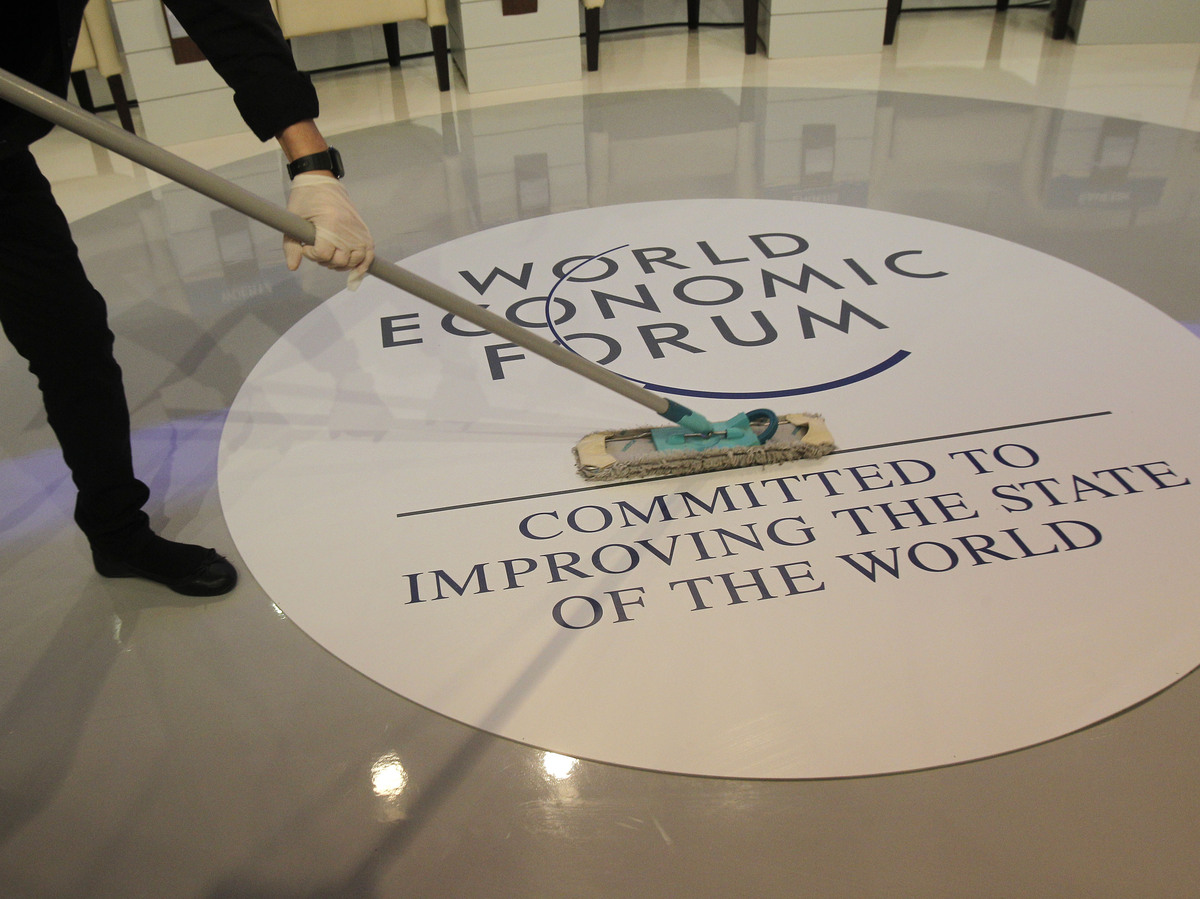 A woman cleans the floor prior to a session at the World Economic Forum, WEF, in Davos, Switzerland, Wednesday, Jan. 25, 2012.

The World Economic Forum has just released its annual Global Gender Gap report. Researchers found that the pay gap between men and women still exists across the world, and will for a long time:

According to the Global Gender Gap Report 2014, launched today, the gender gap for economic participation and opportunity now stands at 60% worldwide, having closed by 4% from 56% in 2006 when the Forum first started measuring it. Based on this trajectory, with all else remaining equal, it will take 81 years for the world to close this gap completely.

Of course, that phrase "all else remaining equal" means things could change, so that 81-year figure isn't definite.

The Global Gender Gap Index looked at 142 countries, measuring the gap between men and women in four areas: economic participation and opportunity (including salaries); education; political empowerment; and health and survival. The report found that no one country has closed its overall gender gap. And it attributed most of the shrinking of the gap over the last decade to more women working and entering politics.

The report found that Iceland has the smallest difference between men and women. The US came in 20th, up three spots from last year. The WEF says Nordic nations "remain the most gender-equal societies in the world." Here's the top 10: Iceland, Finland, Norway, Sweden, Denmark, Nicarauga, Rwanda, Ireland, Phillippines, and Belgium.

The Guardian reports there were some shifts further down the list:

Nicaragua went up by four places to sixth, while Rwanda came into the rankings for the first time at seventh. Ten countries from Latin America made the top 50, although there were significant declines for both Brazil and Mexico, and sub-Saharan Africa registered three in the top 20.

The study says large parts of the country are going backwards on key measures. For instance, nearly 30% of countries studied have wider education gaps now than they did they did nine years ago.

You can read the full report here.