Accessibility links
Online Dating Site Used Fake Profiles To Get Members To Upgrade Service : The Two-Way The Federal Trade Commission is making JDI Dating pay more than $600,000 to users who were scammed into paying for upgraded accounts after receiving messages from fake profiles. 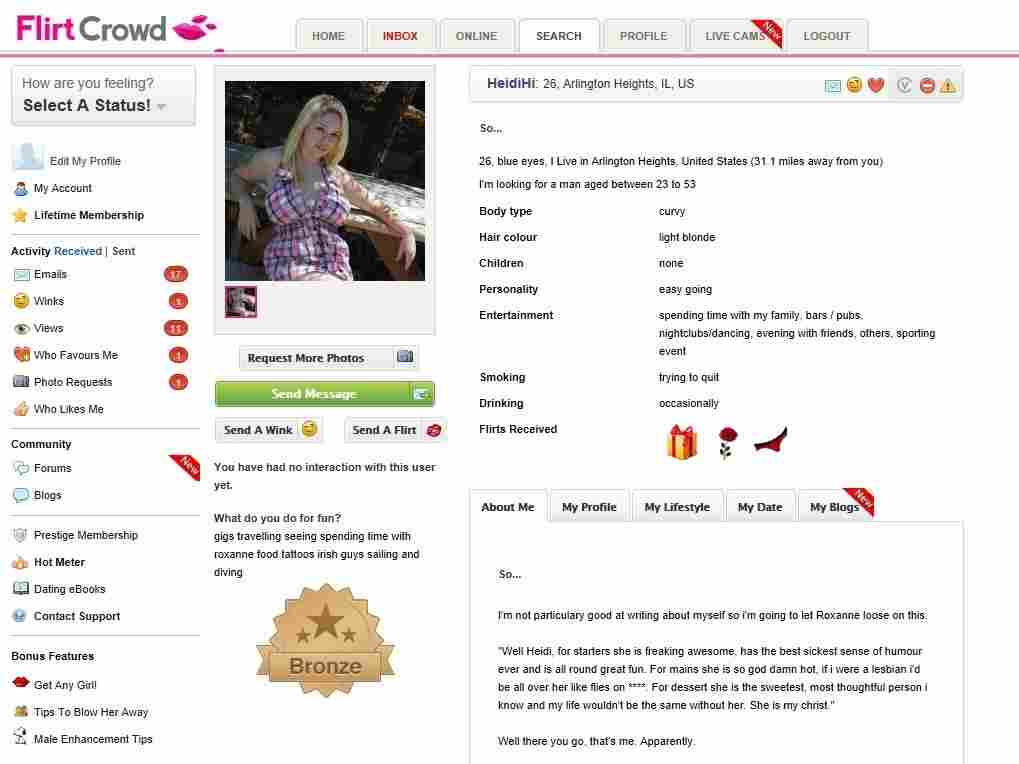 A screen grab of one of JDI Dating's fake profiles. Courtesy of the Federal Trade Commission hide caption 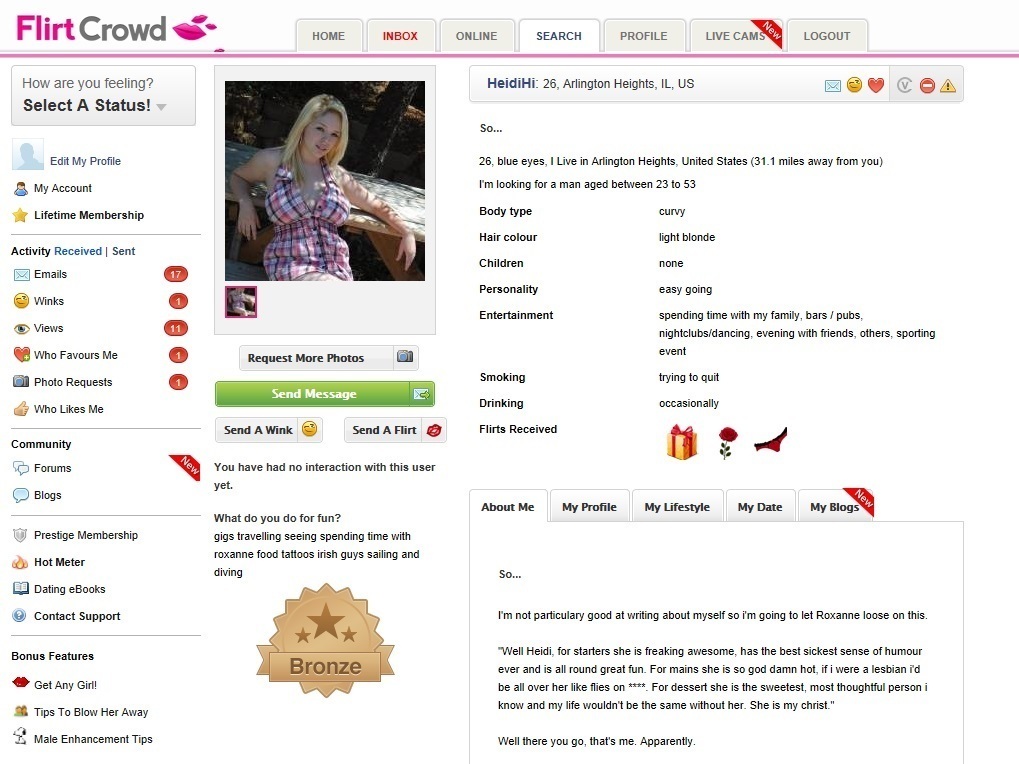 A screen grab of one of JDI Dating's fake profiles.

Courtesy of the Federal Trade Commission

An online dating service has agreed to stop luring the lovelorn with bogus profiles of prospective dates. JDI Dating Ltd. made the settlement, announced today, with the Federal Trade Commission. The FTC said FDI was computer-generating alluring, yet fake folks who would get people to upgrade to paid memberships.

JDI is based in England and has 18 websites. They've got names like cupidswand.com, flirtcrowd.com and findmelove.com. JDI's website says the company has 12 million customers over all the sites, with 20 new sign-ups every minute.

The FTC says this is its first action against an online dating service. It detailed the scam:

"The defendants offered a free plan that allowed users to set up a profile with personal information and photos. As soon as a new user set up a free profile, he or she began to receive messages that appeared to be from other members living nearby, expressing romantic interest or a desire to meet. However, users were unable to respond to these messages without upgrading to a paid membership. Membership plans cost from $10 to $30 per month, with subscriptions generally ranging from one to 12 months.

"The messages were almost always from fake, computer-generated profiles — 'Virtual Cupids' — created by the defendants, with photos and information designed to closely mimic the profiles of real people."

One of those fake profiles is shown in the picture above. Her name is HeidiHi, and she enjoys spending time with family, going to bars and pubs, and dancing. Someone named Roxanne says HeidiHi has the "best sickest sense of humour ever and is all round great fun." Oh, and don't worry folks, when it comes to smoking, she's "trying to quit."

The FTC is making JDI pay site users $616,165 in redress. And the settlement prohibits LTI from misrepresenting "material facts" and its policies on refunds and cancellations.

NPR has covered deception in online dating before. Earlier this year, All Things Considered Host Audie Cornish spoke with Christian Rudder, president of OkCupid, about how that company has manipulated some dating profiles in the name of research. OkCupid basically told people they weren't compatible when they were, or that they were, when they really weren't.