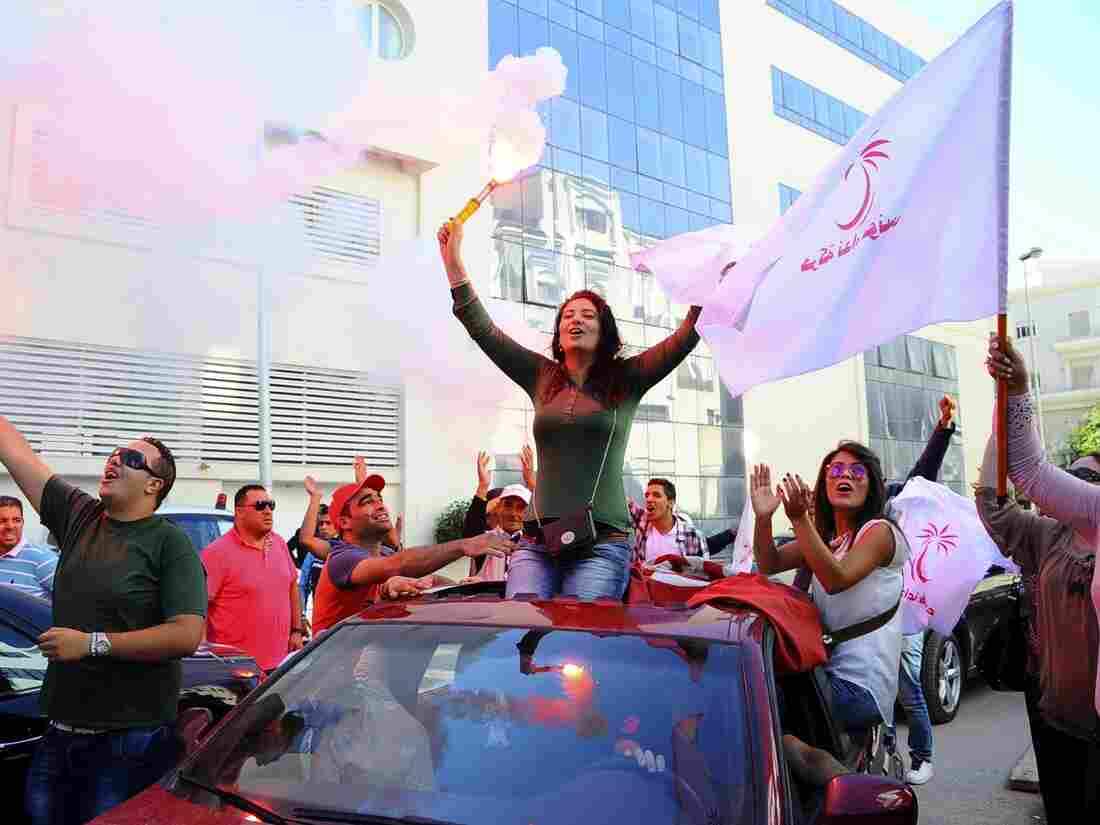 Supporters of the secular Nidda Tounes (Tunisia Calls) party celebrate their victory in parliamentary elections before the elections were official earlier this week in Tunis. Hassene Dridi /AP hide caption 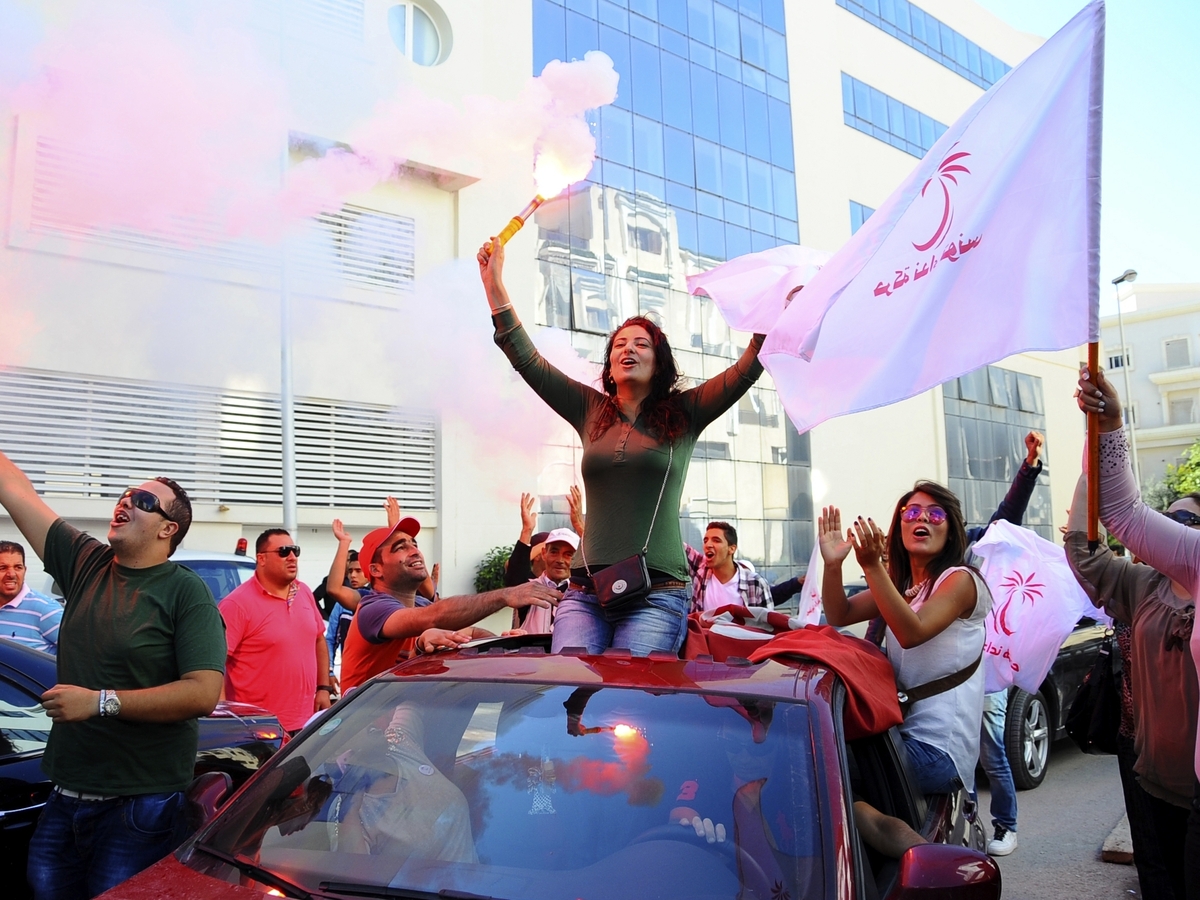 Supporters of the secular Nidda Tounes (Tunisia Calls) party celebrate their victory in parliamentary elections before the elections were official earlier this week in Tunis.

Tunisia's main secularist party has won a decisive victory against Islamists in parliamentary elections, grabbing 85 seats, or just under 40 percent in the 217-seat assembly, according to official results.

The Nidda Tounes (Tunisia Calls) party bested the ruling Islamist Ennahda party, which secured just 69 seats. Ennahda swept to power in the first such elections after the 2011 'Arab Spring' uprising in the North African country.

"Nidaa Tounes is a new party, formed in 2012 and led by the 87-year-old statesman Beji Caid Essebsi, who gathered businessmen, leftists, trade unionists and former members of the Ben Ali government to provide a counterweight to the Islamists.

"The party did not win enough seats in ... the assembly to form a government on its own, and it will be forced to seek coalition partners, a process that could mean lengthy negotiations with smaller parties. One new liberal democratic party, Afek Tounes, won 15 seats and is a likely partner. But several other smaller parties that might have been natural coalition partners fared badly in the elections."

As NPR's Eleanor Beardsley reported in January, despite the rivalry between secularists and Islamists, the two sides had agreed to sit down and hammer out the country's new constitution.

At the time, Eleanor noted simmering discontent with the ruling Islamists: "The inexperienced party was inept at governing. The economy got worse. And people say the trash doesn't even get picked up. And the Islamist-led government was accused of letting radical Salafi Muslims wreak havoc. Many in the secular camp were outraged last year when two secular politicians were gunned down in broad daylight, allegedly by Salafis."