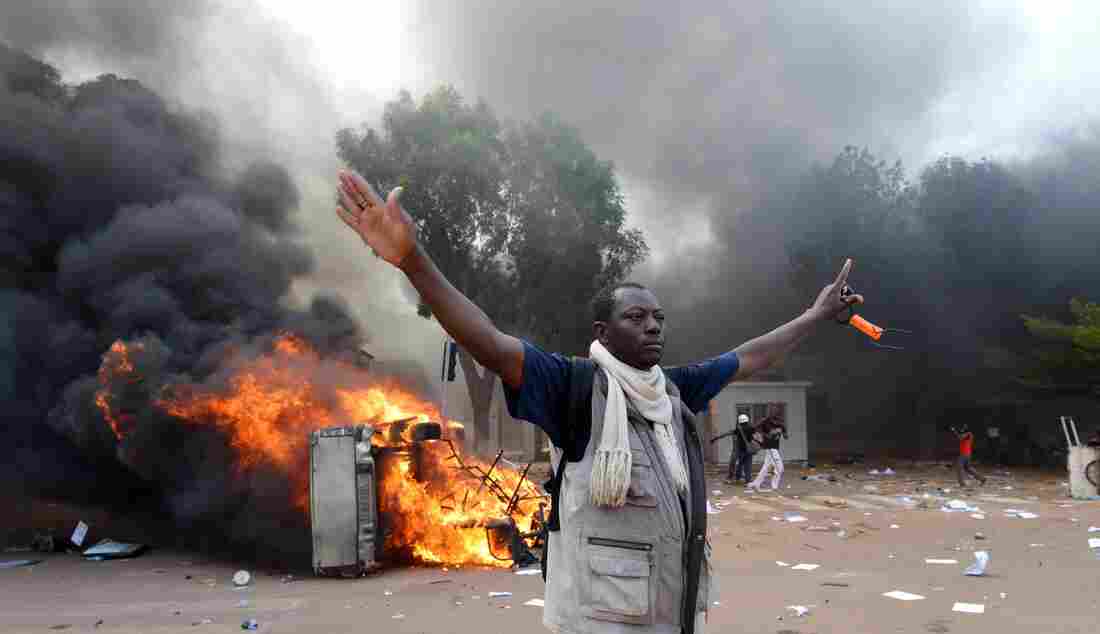 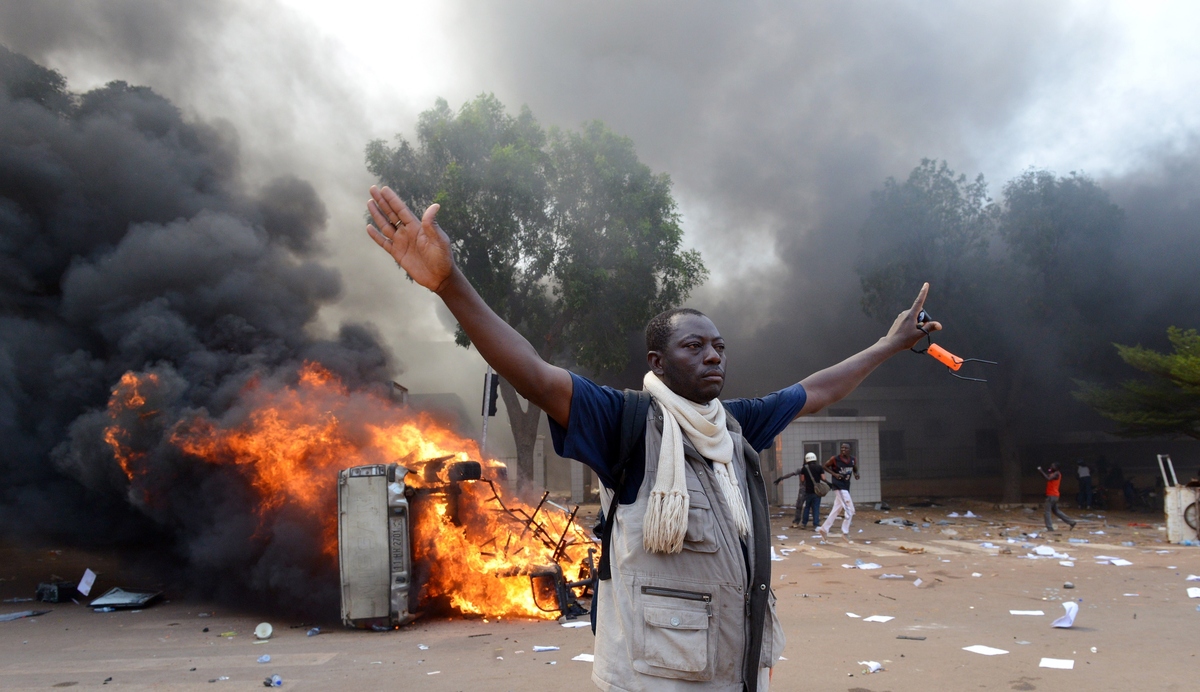 Demonstrators set fire to cars near Burkina Faso's Parliament on Thursday in Ouagadougou.

Thousands of protesters in Burkina Faso broke through police lines and surged into the country's parliament, setting the building on fire ahead of a vote that would have allowed the country's president to extend his 27-year rule of the West African country.

The BBC reports that the ruling party headquarters and the city hall in the capital, Ouagadougou, were also in flames. State television reportedly went off the air.

"We did this because [President] Blaise Compaore was trying to stay too long. We are tired of him," Seydou Kabre, a protester in the crowd heading for the prime minister's office, told Reuters. "We want a change. He must go!"

Reuters quotes one local reporter as saying that a statement was read on state TV saying the controversial constitutional amendment had been withdrawn just before the station went silent. The news agency said that the information minister, reached by telephone, could not confirm the report.

Reuters says that security forces protecting the presidential palace had fired live rounds and tear gas to hold back crowds.

"Most deputies had not yet arrived for the vote when protesters, who had set up barricades outside parliament from early on Thursday, stormed the building. The crowd surged forward after police fired warning shots in the air.

"A Reuters reporter saw nearby structures also on fire and vehicles outside the parliament being smashed."

The Associated Press notes: "Burkina Faso is typically known for relative stability and economic growth in a volatile region, but tensions have been rising" ahead of the vote on the constitutional amendment to let Compaore run again.