Accessibility links
Apple CEO Tim Cook Comes Out As Gay : The Two-Way The head of the world's most iconic technology company says that although his sexual orientation has been no secret among friends and colleagues, now is the time to publicly acknowledge it. 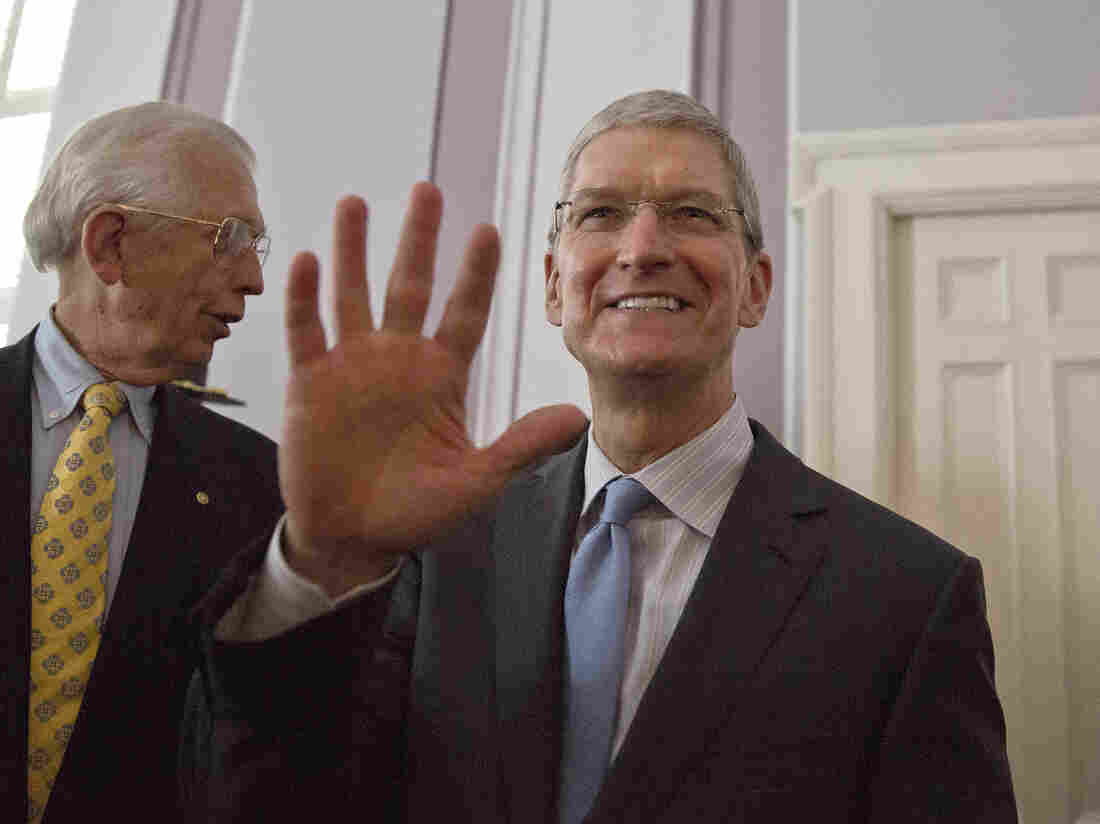 Apple CEO Tim Cook waves to a crowd before he is honored by the Alabama Academy of Honor at the Alabama state Capitol on Monday. Brynn Anderson/AP hide caption

Apple CEO Tim Cook waves to a crowd before he is honored by the Alabama Academy of Honor at the Alabama state Capitol on Monday.

Tim Cook, the head of the world's most iconic technology company, has come out today in an op-ed on Bloomberg Businessweek, saying he's never denied his sexual orientation but "I haven't publicly acknowledged it either, until now.

"Being gay has given me a deeper understanding of what it means to be in the minority and provided a window into the challenges that people in other minority groups deal with every day," Cook writes.

"Plenty of colleagues at Apple know I'm gay, and it doesn't seem to make a difference in the way they treat me," he says.

"It's made me more empathetic, which has led to a richer life. It's been tough and uncomfortable at times, but it has given me the confidence to be myself, to follow my own path, and to rise above adversity and bigotry," he writes. "It's also given me the skin of a rhinoceros, which comes in handy when you're the CEO of Apple."

Cook said he doesn't consider himself an activist, "but I realize how much I've benefited from the sacrifice of others. So if hearing that the CEO of Apple is gay can help someone struggling to come to terms with who he or she is, or bring comfort to anyone who feels alone, or inspire people to insist on their equality, then it's worth the trade-off with my own privacy."

Although his sexual orientation wasn't public, it has been something of an open secret in business and technology circles and has been talked and written about by many media outlets, including NPR.

In a speech last year, Cook alluded to his sexual orientation without stating it outright, and in June, the subject created an awkward moment on CNBC when a host inadvertently outed him.