Accessibility links
Maine's Gov. Threatens Legal Action To Force Nurse Into Quarantine : The Two-Way Kaci Hickox, who tested negative for Ebola and says she is asymptomatic, defied Gov. Paul LePage by setting off on a morning bike ride with her boyfriend. 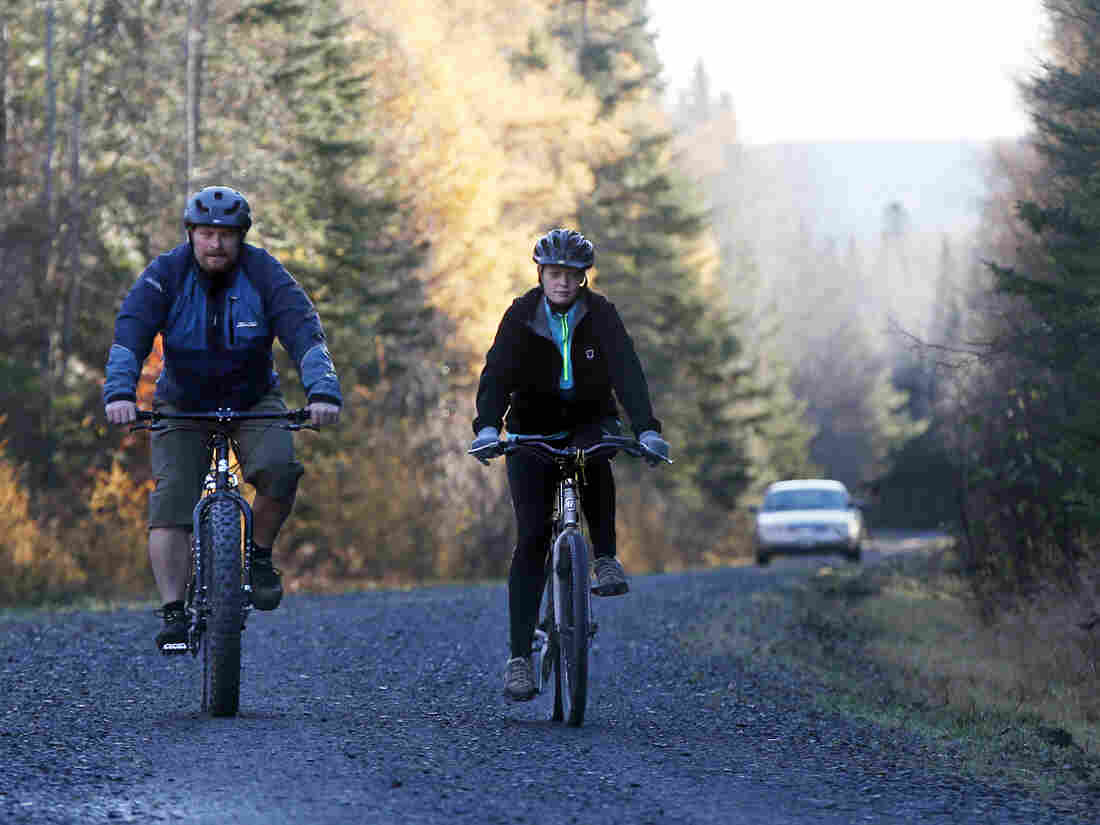 Nurse Kaci Hickox and her boyfriend, Ted Wilbur, are followed by a Maine state trooper as they ride bikes on a trail near her home in Fort Kent, Maine, on Thursday. Robert F. Bukaty/AP hide caption 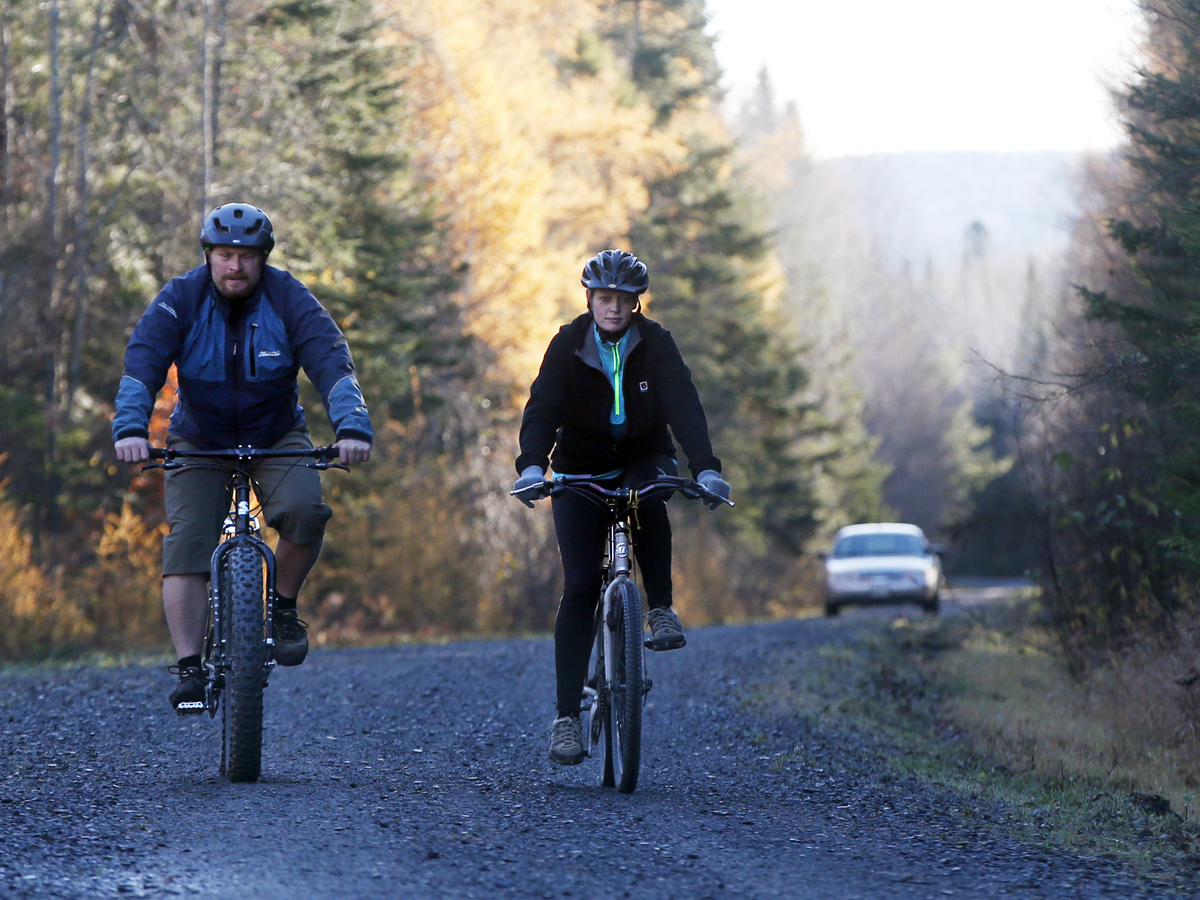 Nurse Kaci Hickox and her boyfriend, Ted Wilbur, are followed by a Maine state trooper as they ride bikes on a trail near her home in Fort Kent, Maine, on Thursday.

Hours after Kaci Hickox defiantly breached a voluntary quarantine for possible Ebola by going on a bike ride, Gov. Paul LePage threatened to use "the full extent" of his authority to compel the nurse to remain in isolation.

The statement added: "As a result of the failed effort to reach an agreement, the Governor will exercise the full extent of his authority allowable by law.
Maine statutes provide robust authority to the State to use legal measures to address threats to public health."

Hickox, 33, has repeatedly refused to go into isolation since returning to the U.S. from Ebola-stricken Sierra Leone, where she was working for the nonprofit Doctors Without Borders. She has tested negative for the virus and says she is asymptomatic.

Early this morning, she and her boyfriend, Theodore Wilbur, pedaled down a rural road near their home in Fort Kent.

"This could be resolved today," the governor said on ABC News this morning. "She has been exposed and she's not cooperative, so force her to take a test. It's so simple."

LePage told ABC that he has stationed a state police car outside the home where Hickox is staying. He said the nurse has the town "scared to death."

"Police were monitoring her movements and public interactions but couldn't detain her without a court order signed by a judge.

"Hickox contends there's no need for quarantine because she's showing no symptoms. She's also tested negative for the deadly disease.

" 'I really hope that we can work things out amicably and continue to negotiate,' she said Thursday morning while riding on a dirt trail."

After returning to the U.S. over the weekend, she blasted New Jersey officials for confining her. When they discharged her earlier this week, she returned to Maine, where she was asked to self-quarantine.

In television interviews Wednesday, she vowed not to stick to guidelines.

In a statement on Thursday, the president of the American Nurses Association, Pamela Cipriano, defended Hickox, saying that "based on the best available scientific evidence" she "poses no public threat" and should not be confined to her home.

"ANA supports a policy of appropriate monitoring for health care workers who have cared for or been in contact with patients with Ebola. Those who are not exhibiting symptoms of illness consistent with Ebola do not require quarantine," Cipriano said.