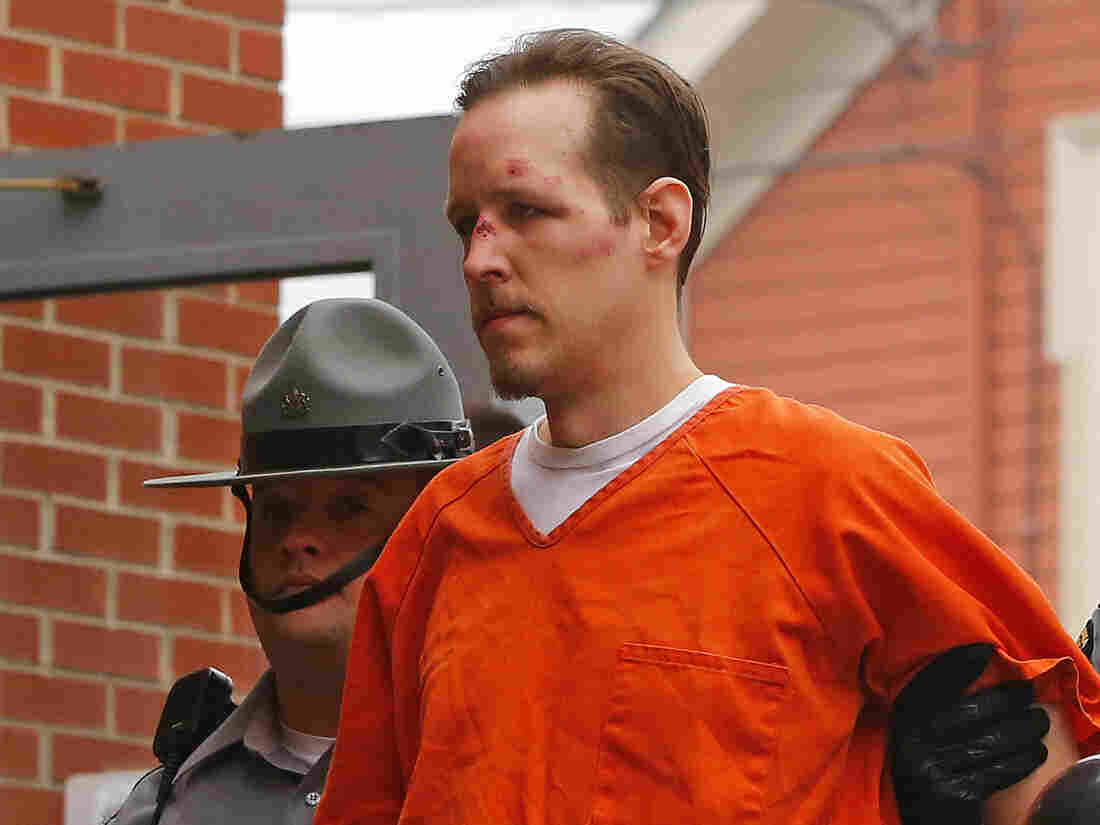 Eric Frein is escorted by police into the Pike County Courthouse for his arraignment in Milford, Pa., on Friday. Frein was captured by police on Thursday after a seven-week manhunt. Rich Schultz/AP hide caption 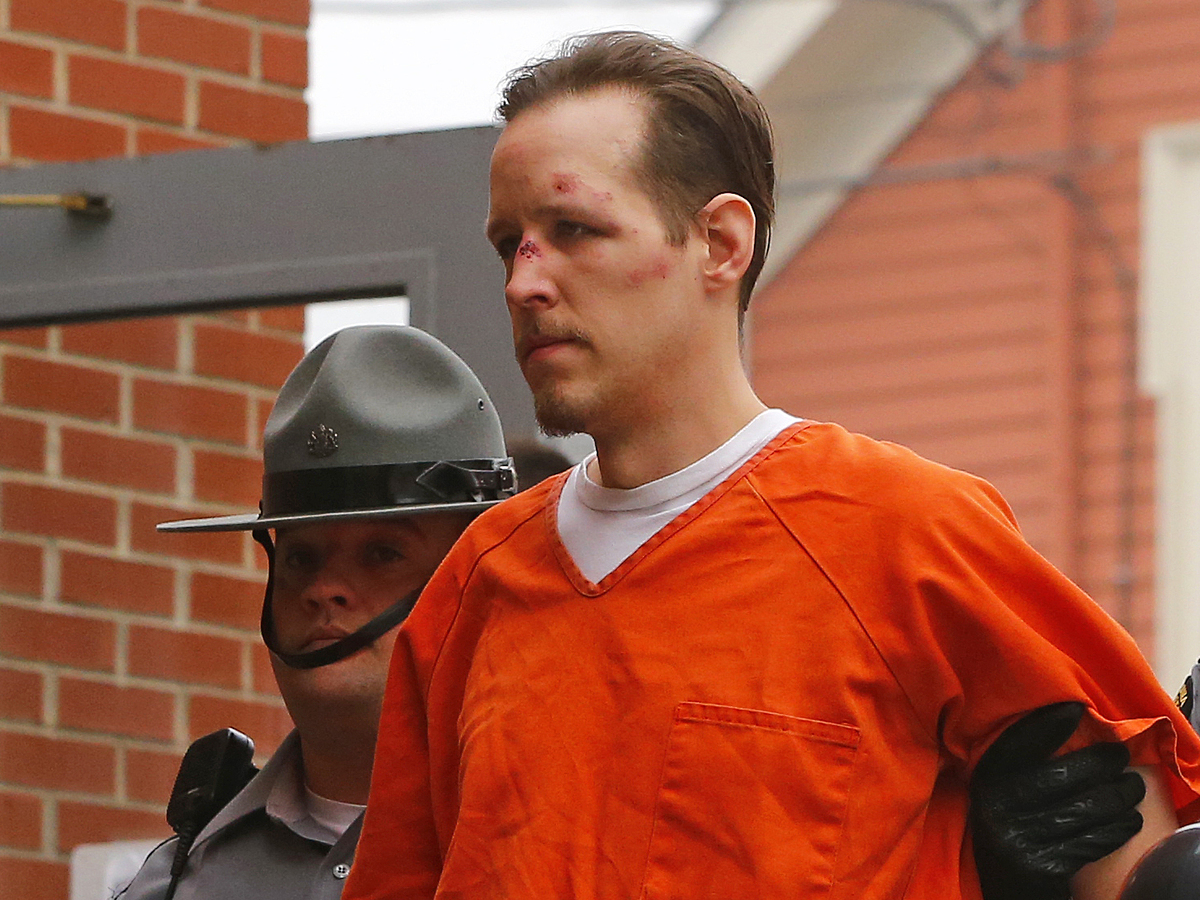 Eric Frein is escorted by police into the Pike County Courthouse for his arraignment in Milford, Pa., on Friday. Frein was captured by police on Thursday after a seven-week manhunt.

Eric Frein, the man who allegedly shot and killed a police officer and wounded another before leading authorities on a massive 48-day manhunt through rural Pennsylvania, appeared in court today appearing thin and bruised from his weeks on the run.

Frein, 31, has been described as a hard-core survivalist. He eluded capture despite an unrelenting search and was finally cornered near an empty airplane hangar in the Pocono Mountains and surrendered peacefully on Thursday.

He was jeered by bystanders as he entered the courtroom in Hawley, Pa., with cuts and bruises to his face and nose. At his arraignment, Frien answered yes and no questions, but was not asked to enter a plea to the charge of first-degree murder.

After the hearing, Pennsylvania State Police Lt. Col. George Bivens said it was his understanding that Frein was apprehended outside the airplane hangar and "complied with commands to be taken into custody.

#FBI Top Ten Fugitive #EricFrein in custody. Our thanks to the public and our partners. http://t.co/YlYQQsAzWM pic.twitter.com/GcIcNyIby0

Bivens said there was a "significant amount of evidence" indicating forethought on Frein's part and the belief was that he'd been preparing for the manhunt for years.

Frein was arrested with guns and knives nearby and told officers that he'd hurt himself in the woods.

Pike County District Attorney Ray Tonkin says he will seek the death penalty for Frein, who authorities say had expressed an interest in killing law enforcement and committing acts of mass murder prior to the Sept. 12 fatal shooting of Pennsylvania State Trooper Bryon Dickson and the wounding of Alex Douglass.

Pennsylvania State Police Commissioner Frank Noonan says the marshals spotted Frein and "ordered him to surrender — to get down on his knees and raise his hands, which is what he did. Once they approached him he admitted his identity and he was taken into custody.

The Associated Press says: "The quiet takedown of Frein, who knelt and put his hands up when marshals approached him, ended weeks of tension and turmoil in the area, as authorities at times closed schools, canceled outdoor events and blockaded roads to pursue him. Residents grew weary of hearing helicopters overhead, while small businesses suffered mounting losses and town supervisors canceled a popular Halloween parade."

The hunt for the elusive Frein reportedly involved as many as 1,000 law enforcement officers and cost millions of dollars. During the 48-day manhunt, authorities found several items in the woods thought to belong to Frein, including military-style food packs, pipe bombs, ammunition and clothing, The Washington Post says.