Accessibility links
1 Dead After Commercial Spaceship Crashes During Test Flight : The Two-Way The Virgin Galactic Spaceship Two was undergoing a test flight when it crashed in the California desert. The spaceship is designed to take tourists to space. 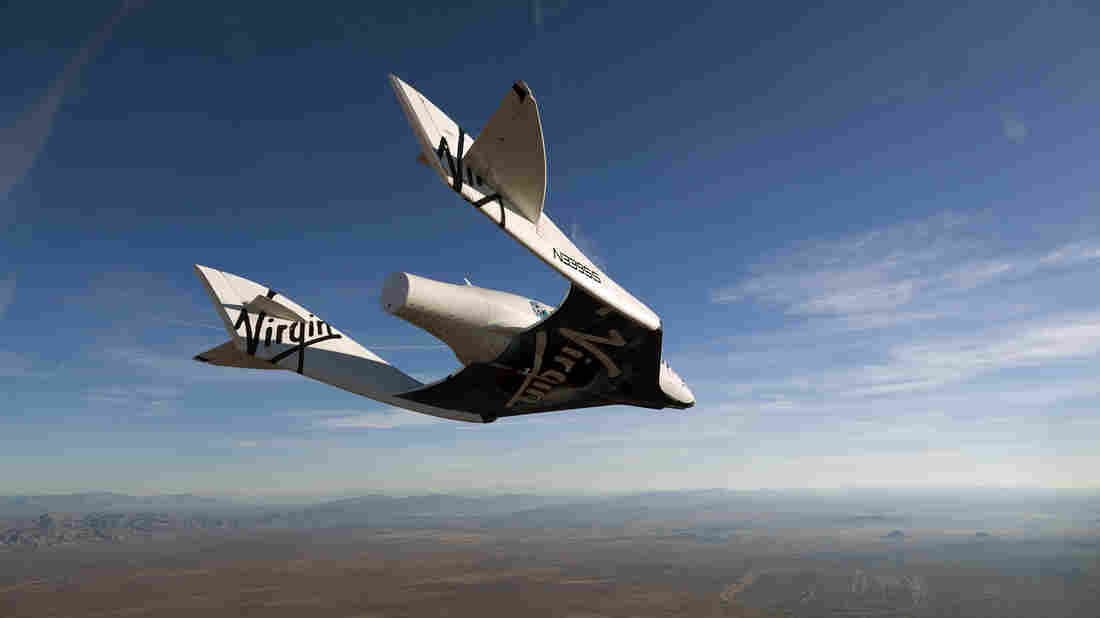 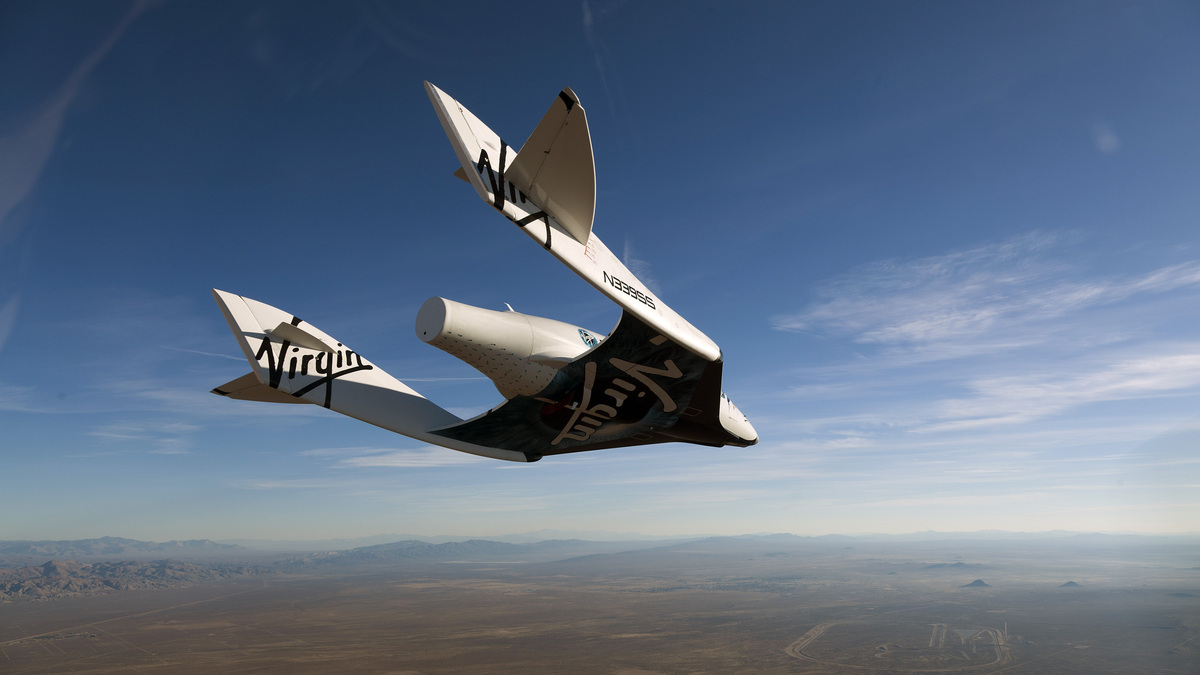 The commercial space ship, pictured here in an earlier test flight, crashed in the California desert.

In what could be a major setback for commercial space tourism, a manned spaceship has crashed in California's Mojave Desert.

The Virgin Galactic Spaceship Two was on a test flight this morning, with two pilots aboard. Minutes after its rocket fired, the company announced on Twitter that spacecraft experienced an "anomaly."

Capt. Tom Ellison of Kern County Fire Department said that Spaceship Two had a malfunction shortly after it separated from White Knight Two, the rocket that gives Spaceship Two a lift up to 45,000 feet.

One pilot died; the other ejected successfully and was airlifted to a hospital with "major injuries."

SpaceShip Two doesn't go all the way into orbit. But the goal is to fly into space for brief tourist trips. The trips will cost $250,000 apiece, and more than 700 people have already put down deposits.

He said that the vehicles launched at 9:20 a.m. PT and Spaceship Two separated from White Knight Two at 10:10 a.m. PT. At 10:12 a.m. PT, they detected an "inflight anomaly." Witt said he didn't hear or see an explosion, but the spaceship ended up in pieces across the Mojave Desert.

He continued: "Today was a tough day. We are going to be supporting the investigation as we figure out what happened today and we're going to get through it. The future rests in many ways on hard days like these, but we believe we owe it to the folks who are flying these vehicles, as well as those who worked so hard on them, to understand this and to move forward, which is what we'll do."

Citing the Kern County Sheriff, CBS News reports that one pilot ejected successfully, while the co-pilot died in the crash.