Accessibility links
Ukraine's Separatists Claim Victory In Defiant Vote : The Two-Way Elections held in Donetsk and Luhansk have been condemned by the Ukrainian government, the U.S. and European countries. 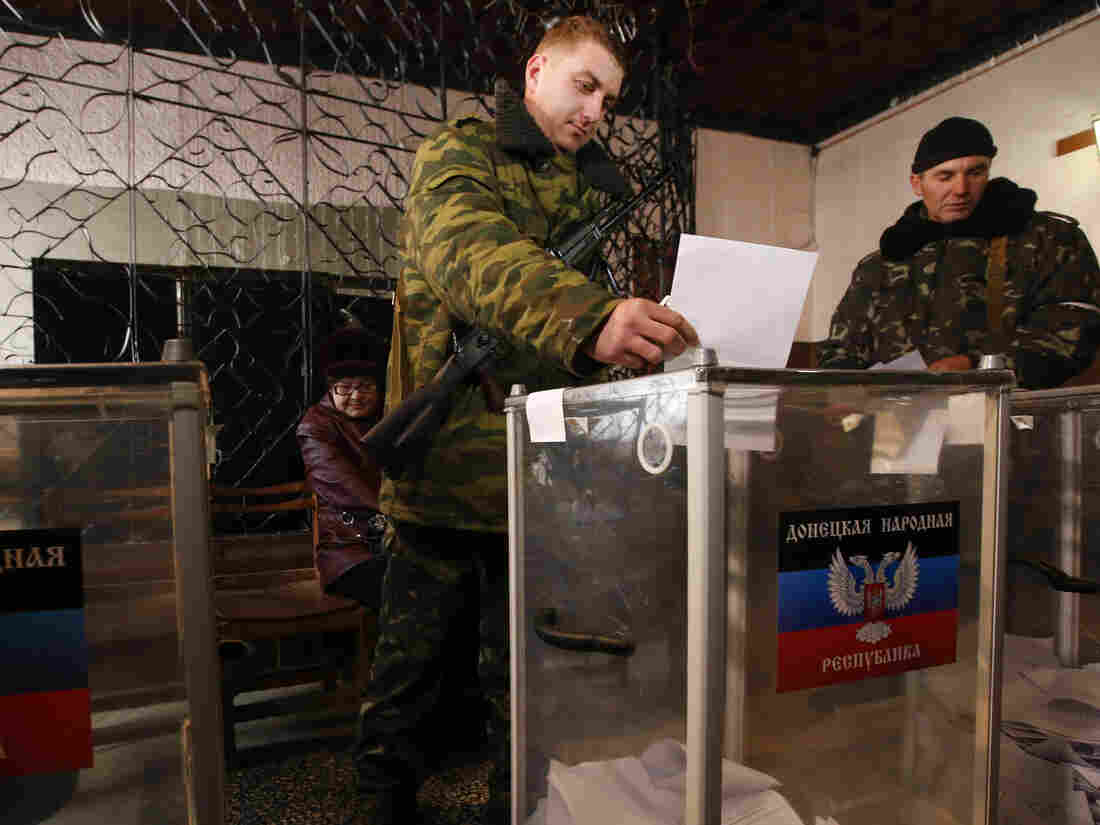 A pro-Russian separatist casts a ballot during the self-proclaimed Donetsk People's Republic leadership and local parliamentary elections at a polling station in the southern coastal town of Novoazovsk on Sunday. Maxim Zmeyev/Reuters/Landov hide caption 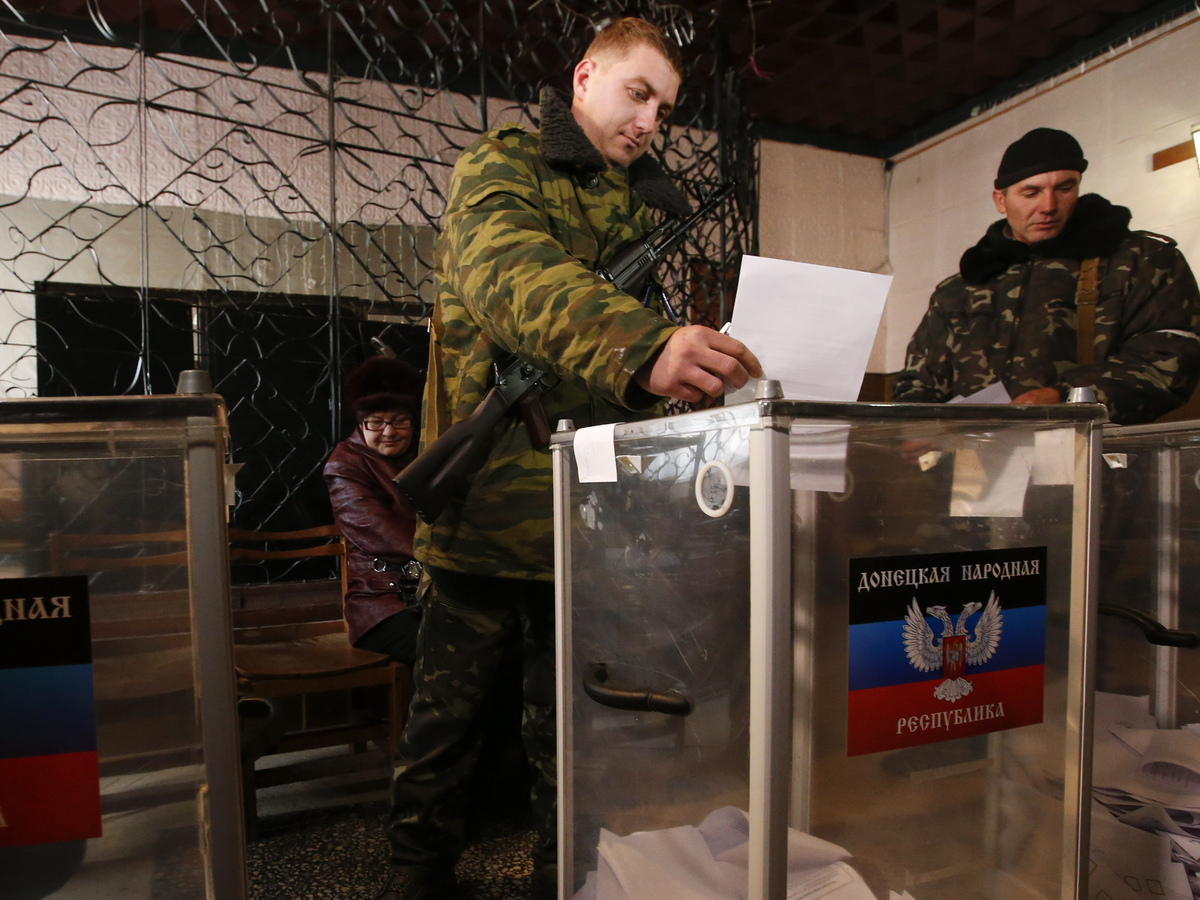 A pro-Russian separatist casts a ballot during the self-proclaimed Donetsk People's Republic leadership and local parliamentary elections at a polling station in the southern coastal town of Novoazovsk on Sunday.

The breakaway regions of Donetsk and Luhansk in eastern Ukraine have defied Kiev by holding elections today aimed at legitimizing their self-declared republics. They say exit polls show militia leader Alexander Zakharchenko winning 80 percent of the vote for prime minister of the self-proclaimed Donetsk People's Republic.

Zakharchenko, a 38-year-old former electrician, declared himself premier of the region back in August.

NPR's Corey Flintoff reports that several hundred people lined up to vote at School number 61 in Donetsk, and many of them said they'll vote for Zakharchenko.

Western governments have joined Ukraine in denouncing the poll, which Russia says it will recognize.

The U.S. and European nations have said the election violates a key part of the agreement that established a shaky cease-fire back in September that was meant to end months of fighting between Kiev's forces and Russian-backed rebels.

The Associated Press notes: "Despite a cease-fire agreement being signed in September, fighting continues almost daily between government troops and rebel forces in the area. Ukrainian security officials have routinely maintained rebels are being supplied by Russia and said Sunday that they have noted an intensive transfer of weapons and troops from Russia. Russia has previously denied such claims."

"If they give us recognition and return the land we've lost without putting up a fight, then we will restore normal economic ties [with Ukraine] and we will live like equal economic partners," Zakharchenko says.

The AP writes: "The truce deal, which has been signed by rebel leaders, Ukrainian and Russian officials, envisions local elections being held across the whole of the east, but under Ukrainian law."