Accessibility links
'Car Talk' Co-Host Tom Magliozzi Dies At 77 : The Two-Way As half of the wisecracking NPR radio show, Tom Magliozzi made us laugh at our car problems. He and his brother, Ray, also taught us how things work. 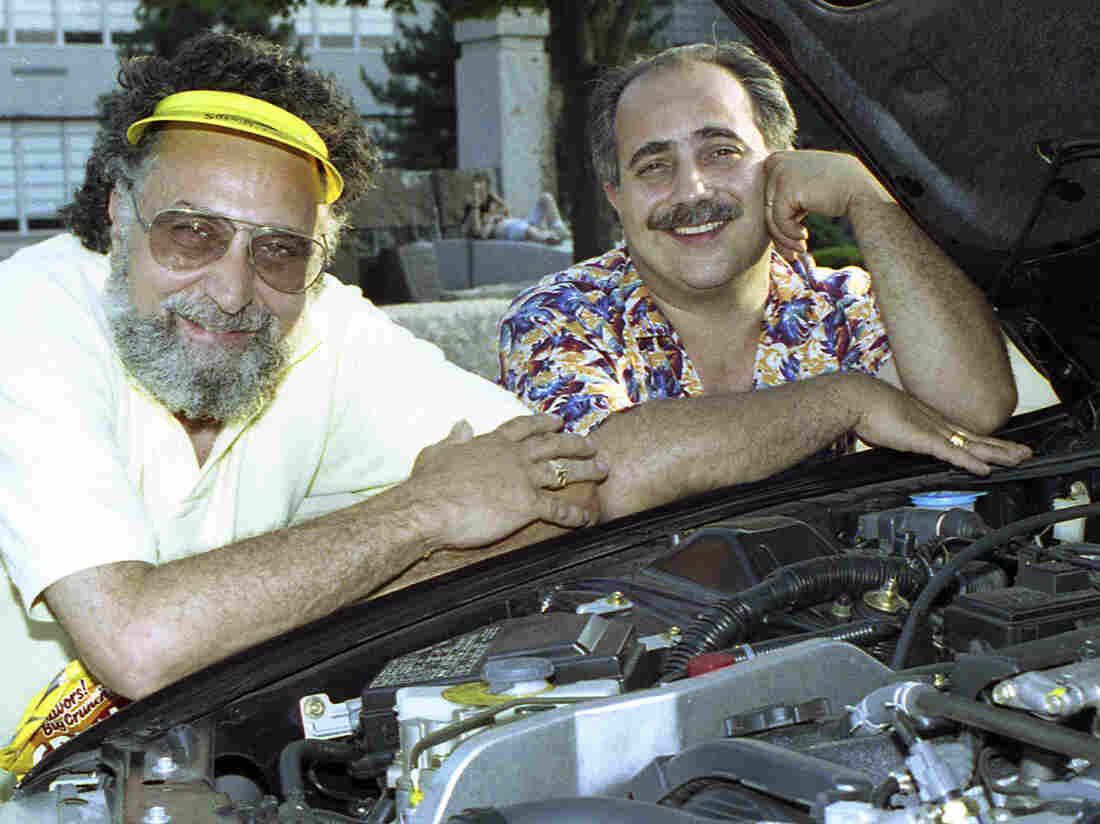 Brothers Tom (left) and Ray Magliozzi pose under a car hood in Boston. The comic duo hosted NPR's Car Talk for a quarter of a century before retiring in 2012. Since then, the show has been heard in reruns. Tom has died at age 77. Susan Walsh/AP hide caption 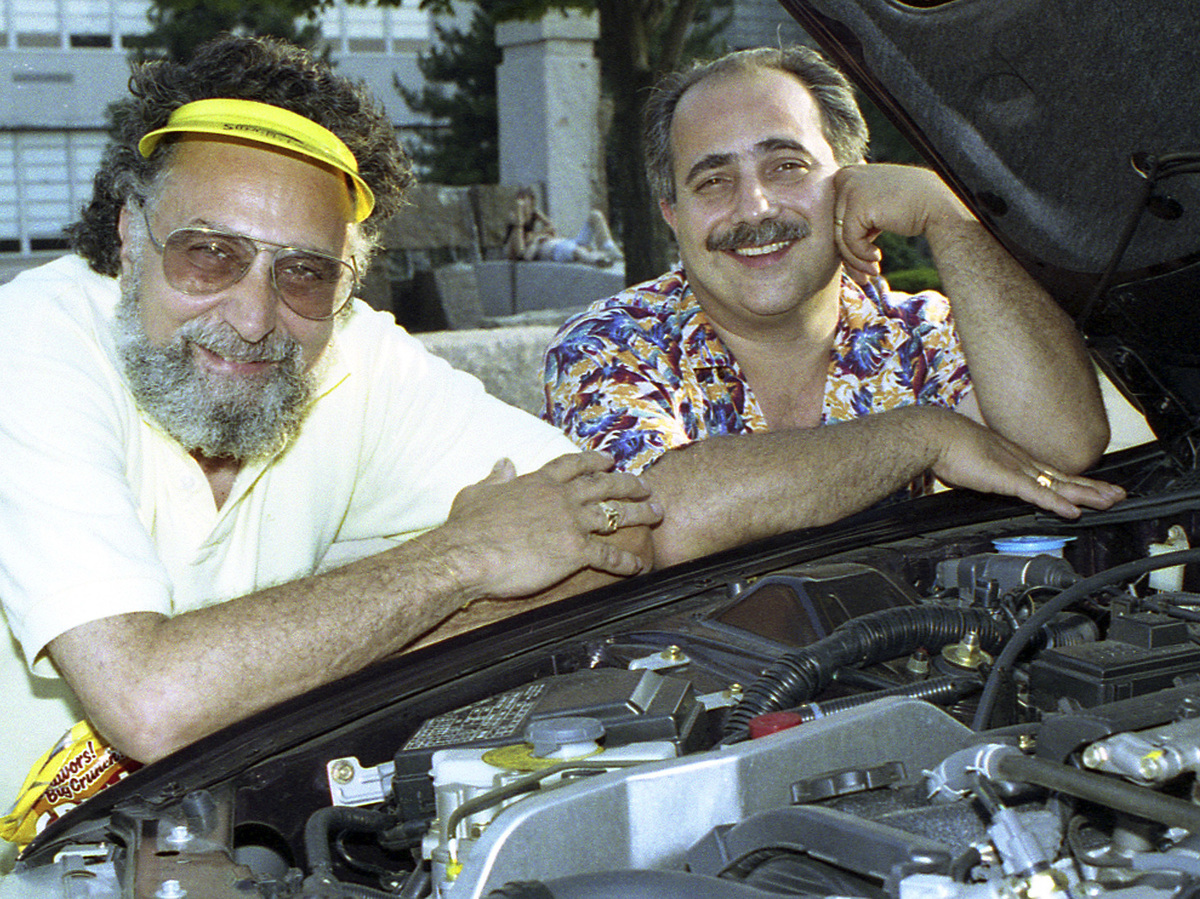 Brothers Tom (left) and Ray Magliozzi pose under a car hood in Boston. The comic duo hosted NPR's Car Talk for a quarter of a century before retiring in 2012. Since then, the show has been heard in reruns. Tom has died at age 77.

Tom Magliozzi, one half of the wisecracking Car Talk duo known as "Click and Clack the Tappet Brothers," has died from complications of Alzheimer's disease. He was 77.

"I have the sad duty to report today that Tom Magliozzi, one of the hosts of Car Talk, passed away this morning due to complications of Alzheimer's Disease.

"Tom's been such a dominant, positive personality amongst us for so long that all of us in the public radio family — and I include our millions of listeners — will find this news very difficult to receive."

Magliozzi and his co-host brother, Ray, began the show at WBUR in Boston in 1977, taking it to the NPR network, and a national audience, a decade later. In 2012, the brothers announced they were retiring from the show, and it has been heard in reruns on NPR member stations since then.

"The Magliozzi brothers grew up in a tough neighborhood of East Cambridge, in a close-knit Italian family. Tom was 12 years older, the beloved older brother to Ray. They liked to act like they were just a couple of regular guys who happened to be mechanics, but both of them graduated from MIT.

"After getting out of college, Tom went to work as an engineer.

"One day, he was on his way to work when he had a near-fatal accident with a tractor-trailer. He pulled off the road and decided to do something different with his life.

" 'I quit my job,' he [told graduates at a commencement speech at his] alma mater in 1999. 'I became a bum. I spent two years sitting in Harvard Square drinking coffee. I invented the concept of the do-it-yourself auto repair shop, and I met my lovely wife.' "

Doug Berman ended his message, "Please note that the Magliozzi family is asking that in lieu of flowers, friends and listeners make a donation to either the Alzheimer's Association or their favorite public radio stations in Tom's memory. It's just one more gift to us from a guy who gave so much to our network and its listeners over the decades."