Accessibility links
Senate Fight In 2014 Midterms: Republicans Oust Pryor And Take Control, Adding 7 Seats : The Two-Way The Republicans will control both chambers of Congress next year. And in Virginia, a race between Democratic incumbent Mark Warner and Republican Ed Gillespie is coming down to the wire. 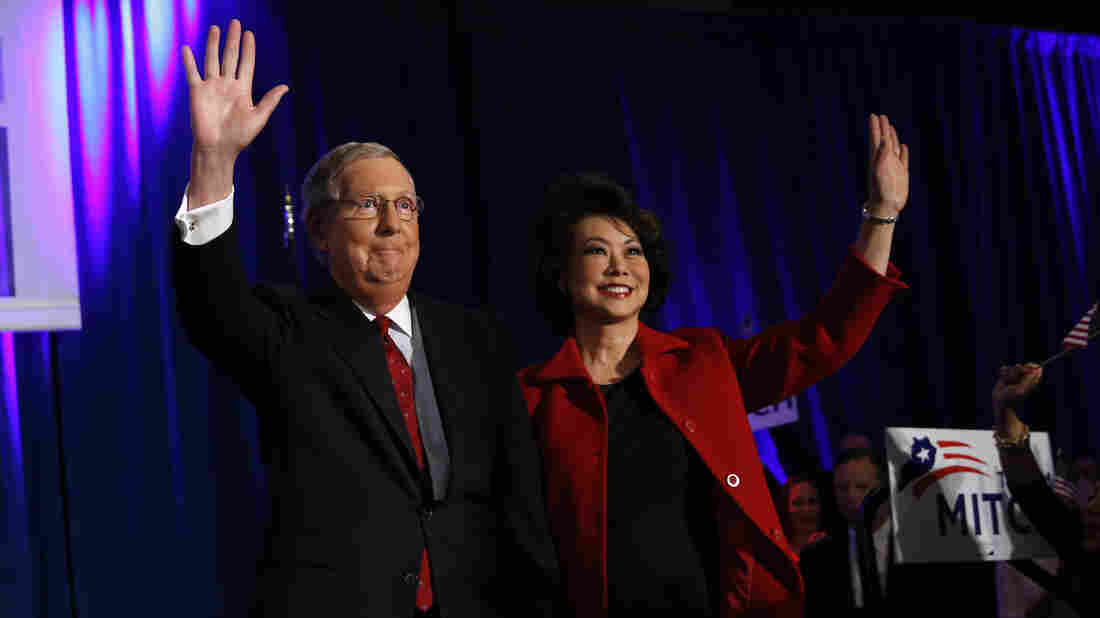 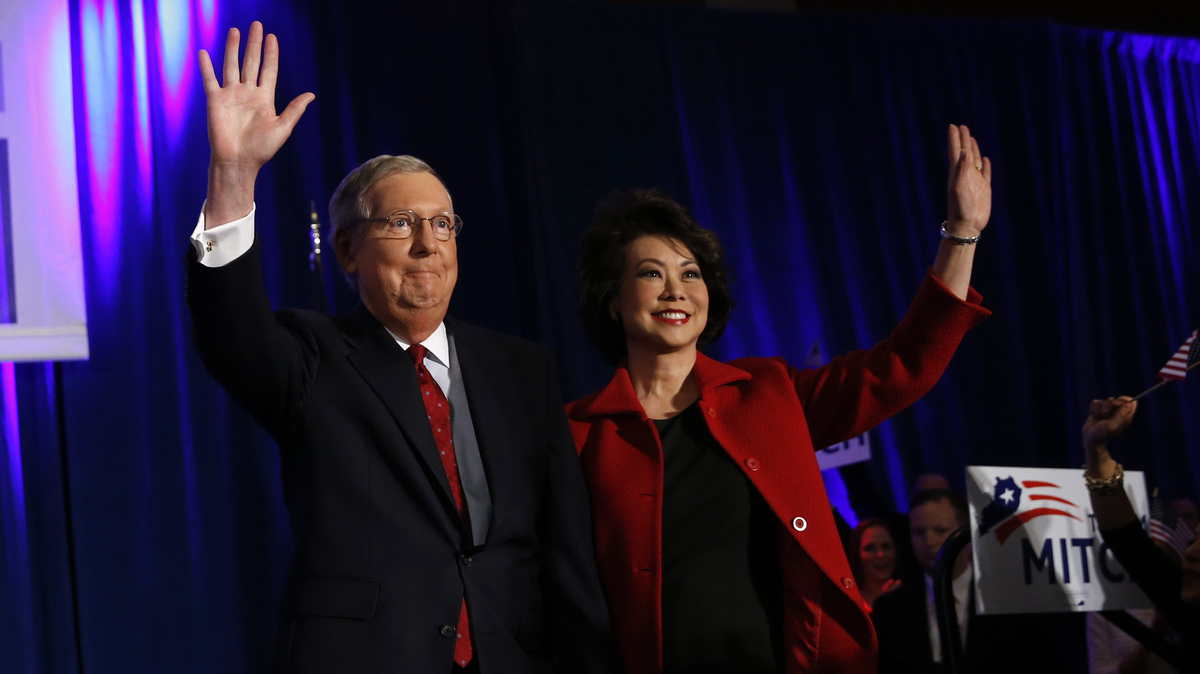 With a loss by Sen. Mark Pryor, the first Democratic incumbent fell in the 2014 midterms, setting off a chain of events that brought the Republicans a new Senate majority. The man who would lead them in Congress, Sen. Mitch McConnell, coasted to a win in Kentucky.

McConnell was projected to defeat Democrat Alison Lundergan Grimes by a 15-point margin, 56 percent to 41 percent, with almost a third of the vote tallied.

In Arkansas, Democratic Sen. Mark Pryor lost to Republican Rep. Tom Cotton, a first-term member of Congress. Pryor has served in the Senate since 2003.

We'll be updating this post with news and results from races around the nation, focusing on races that might change the balance of power in Congress. You can also follow our special coverage at NPR's Election Party.

"The contest was so close that Warner's opponent declined to concede, but the Democrat promised to serve a second term working across the aisle with a new Republican majority in the Senate.

"'It was a hard-fought race. It went a little longer than we thought,' Warner said. 'I'll work with anyone — Democrat, Republican, independent, you name it — if we're going to make sure we get our country's problems fixed.'"

Begich, however, had not conceded. The Alaska Dispatch News reports:

"Speaking just after midnight at his election night party in a packed ballroom at the Hotel Captain Cook, Sullivan praised his supporters and told them: "We are taking back our country!"

"'We're still going to be respectful of the process,' Sullivan said. But he nonetheless touted Republicans' successes in Senate races across the country Tuesday, and to hearty cheers, he proclaimed that the party had sidelined Harry Reid, the Democratic leader in the Senate.

"'We're going to take back America, the land that we love," Sullivan said, as the crowd erupted in chants of 'USA! USA!'"

Update at 1:40 a.m. ET: Warner-Gillespie Too Close To Call

It remains to be seen if the Republican Party can add to its advantage in the Senate. The Virginia race between Democratic incumbent Mark Warner and Republican Ed Gillespie is coming down to the wire, with most services deeming it too close to call.

And in Alaska, Republican Dan Sullivan led independent Mark Begich by a 50-45 percent margin, with less than a quarter of the vote tallied.

Republican Joni Ernst has won a Senate seat in Iowa, beating out Democrat Rep. Bruce Braley to take the seat being vacated by Sen. Tom Harkin.

In Georgia, Michelle Nunn has conceded the race for the seat vacated by Republican Saxby Chambliss, as the GOP's David Perdue takes the win.

The Louisiana Senate race between Democrat Sen. Mary Landrieu and Republican Rep. Bill Cassidy will head to a runoff in December, NPR projects. She will not be favored in that head-to-head race, Five Thirty Eight reports.

The GOP scored a big win in South Dakota, where Mike Rounds is projected to beat Rick Weiland, taking the seat that's being vacated by Democrat Tim Johnson.