Accessibility links
Spanish Nursing Assistant, Cured Of Ebola, Leaves Hospital : The Two-Way In a statement, Teresa Romero Ramos said she was suing Madrid's health department for "executing" her dog Excálibur. The dog was not found to have had Ebola. 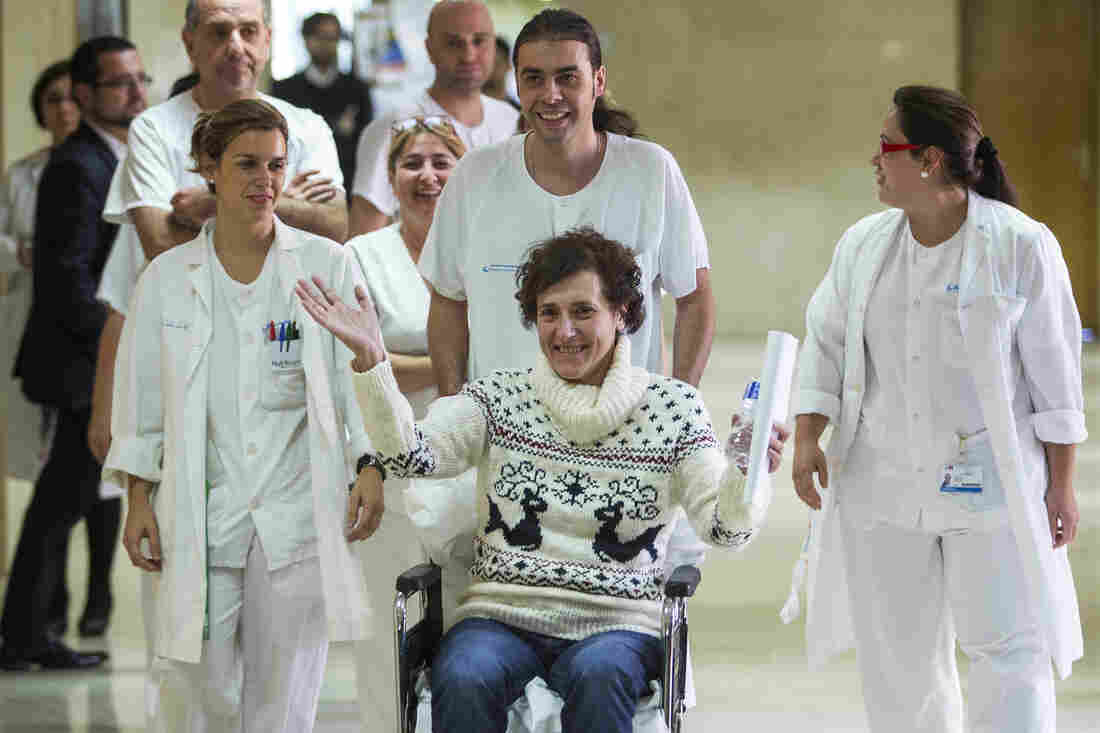 Teresa Romero Ramos, bottom right, arrives with medical workers to give a press statement before she leaves the Carlos III hospital in Madrid, Spain on Wednesday. Andres Kudacki/AP hide caption 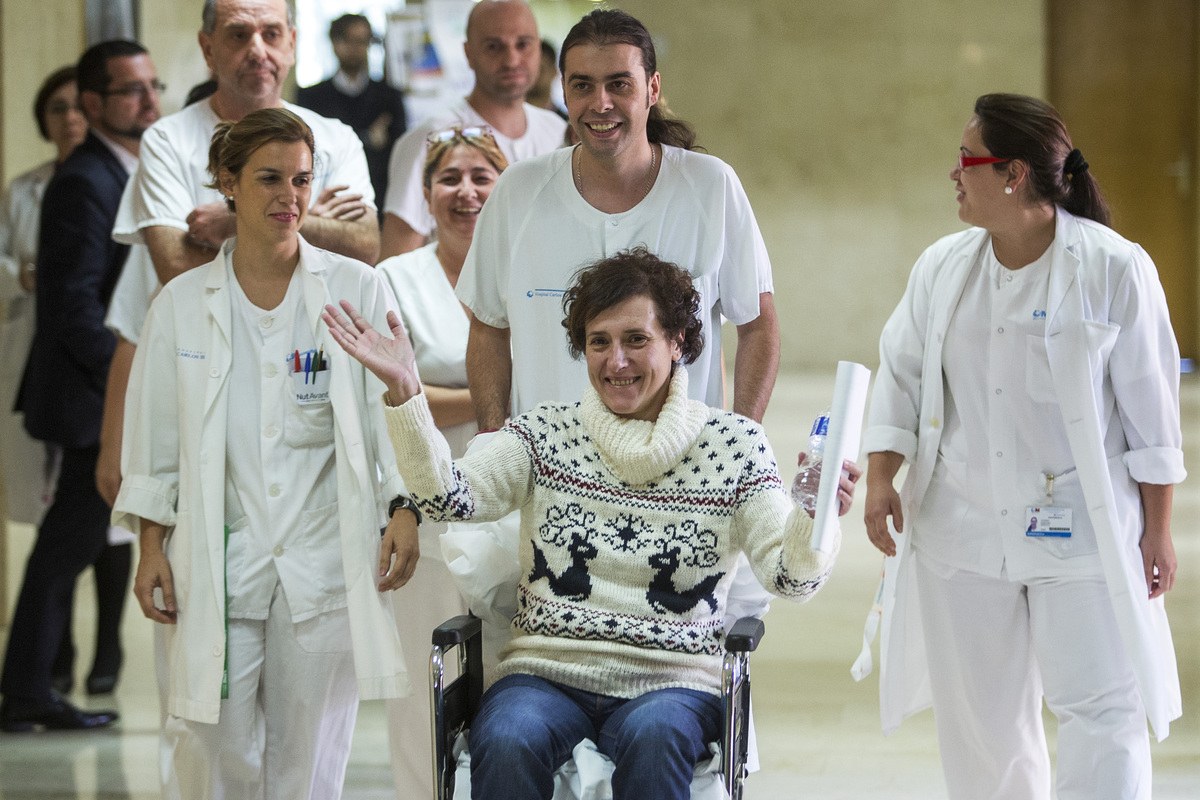 Teresa Romero Ramos, bottom right, arrives with medical workers to give a press statement before she leaves the Carlos III hospital in Madrid, Spain on Wednesday.

Teresa Romero Ramos, the Spanish nursing assistant who was diagnosed with Ebola, is now cured and has left a hospital in Madrid.

Just before her departure, her husband, Javier Limón, reportedly said Romero would sue Madrid's government for intimating that she had lied and for "executing" her dog Excálibur, while she was being treated for the deadly virus.

According to El Clarin, Limón said that authorities had missed an opportunity to find out more about how Ebola manifests in dogs.

"It was not necessary to sacrifice the dog, because they didn't even verify that it had Ebola," Limón said.

If you remember, the dog made international headlines. Our friends at Goats and Soda explained that part of the reason authorities decided to euthanize the dog is because scientists don't understand much about dogs and Ebola.

Dr. Amesh Adalja, a specialist in infectious diseases at the University of Pittsburgh Medical Center's Center for Health Security, had this to say about the topic:

"We don't have diagnostic tests for dogs. We don't know what symptoms dogs might have. What if dogs don't experience symptoms?

"And the dog can't tell you, 'I've got a fever' or 'I have muscle aches and pains.' So you have to be measuring temperatures — that is, if dogs even have same fever response as humans. It's very hard to translate what we do for [evaluating] humans to dogs."

Romero did make a short statement herself, saying she still felt "weak" and that she hoped her sickness would contribute something to the study of Ebola.

A previous version of this post misidentified the name of Teresa Romero Ramos's husband as Javier Rodriguez. His name is Javier Limón.